Winnipeg’s Kenny Omega is a superstar, but people who only follow local media would never know.

He became the first non-Japanese wrestler to star in a Wrestle Kingdom main event since former World Wrestling Entertainment (WWE) champion Brock Lesnar did it in 2006.

But despite Omega’s achievement, local media dropped the ball on covering it, according to people involved in Winnipeg’s wrestling community.

“There are lots of fans locally that were constantly sending out tweets and Facebook posts to Winnipeg media and there wasn’t any coverage,” said Andrew Shallcross, who owns the Winnipeg-based wrestling company Premier Championship Wrestling (PCW).

“I just don’t think they understand really how huge this was,” he said.

But it’s common for pro wrestling to be overlooked by the media, according to AJ Sanchez, who has wrestled in Winnipeg and throughout North America since 2002.

“Wrestling in general has a black eye to the media,” said Sanchez. “All you generally hear are the negatives of the wrestling industry.”

Sanchez believes wrestling has received a negative reputation to the media for all the scandals the industry has faced over the years such as steroids and wrestlers dying young.

“The only time wrestling gets [local media] attention is when wrestling stars from the 80s and 90s come to town,” said Sanchez.

Shallcross said the lack of coverage on Omega reminds him of another wrestling superstar from Winnipeg— Chris Jericho. Jericho has wrestled for WWE since 1999 and is a six-time world champion and nine-time Intercontinental Champion.

“They didn’t do stories on Jericho when he was here in Winnipeg and making his name in Japan and [in Extreme Championship Wrestling],” said Shallcross. “They were behind the times and waited until he was a massive star.”

The Projector sought comment from three local news agencies as to why Omega’s match didn’t receive coverage. Only the Winnipeg Free Press responded by press deadline.

“We do not cover pro wrestling in the Winnipeg Free Press sports section,” said the paper’s sports editor, Steve Lyons. “As a human interest story, our news section might be interested, but it would likely need a news hook more than headlining an event.”

Omega lost to Okada after an exciting 46-minute match. The match was given a 6/5 star rating by Dave Meltzer of the Wrestling Observer Newsletter, who has been covering pro wrestling since the early 1970s. It was the first time Meltzer awarded a match a six-star rating.

“Kenny Omega and Kazuchika Okada may have put on the greatest match in pro wrestling history,” said Meltzer.

The match was also given high praise from WWE Hall of Famer Stone Cold Steve Austin on his podcast. Austin called it a “hellacious match” that was full of devastating moves. He thought the match was unpredictable and that Omega and Okada did an excellent job at selling each other’s moves.

“That might be one of the best matches I’ve ever seen,” said the 6-time WWE Champion Austin. “I’d love to see Kenny Omega in the WWE. This kid’s work is second to none.”

Omega used a variety of powerful moves. He did a springboard moonsault onto Okada who was standing in the crowd and hit him with a dropkick to the back of the head. Omega hit nearly all of his signature moves, but every time he went for his finisher, the “One-Winged Angel,” Okada would reverse it. Okada threw Omega over the top rope onto a table and hit him with a spinning Tombstone piledriver. Okada had to use his finishing move, “The Rainmaker,” several times before finally winning the match.

Neither Sanchez nor Shallcross were surprised by Omega’s performance at Wrestle Kingdom 11. They both knew he had the potential to be a star from early on in his career.

“The first time I saw him, his athleticism and charisma jumped off the page,” said Shallcross. “You didn’t know where it would take him, but you could tell he was something special.”

Shallcross started PCW in 2002, and Omega was an original member of his roster. Even though Omega lives in Japan and primarily wrestles for New Japan Pro-Wrestling (NJPW), he still makes wrestling for PCW a priority when he’s in town.

“We’re very lucky that he continues to work for us when he’s in Winnipeg,” said Shallcross. “He’s like a coach in the locker room…everyone wants to work with him and learn from him.”

Sanchez worked with Omega for the first time in 2007 at a PCW show in Winnipeg. Sanchez considered working with Omega to be a big test for him.

“You could tell in the way he worked he was miles ahead of everybody,” said Sanchez. “I was just worried about keeping up with him.”

Omega tweeted after his match at Wrestle Kingdom 11 that he is stepping away from Japan to reassess his future in wrestling. The Projector sought comment from Omega via Twitter but didn’t receive a response by press deadline.

Shallcross doesn’t know what the future holds for Omega. If Omega decides to leave NJPW, he will be a star no matter where he goes, Shallcross said.

“Everything he does from this day forward for the rest of his career is his choice,” said Shallcross. “If he goes to WWE, he will be in the main event of Wrestlemania at some point because he will be the biggest star that they’ve had in a long time.” 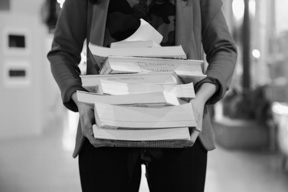