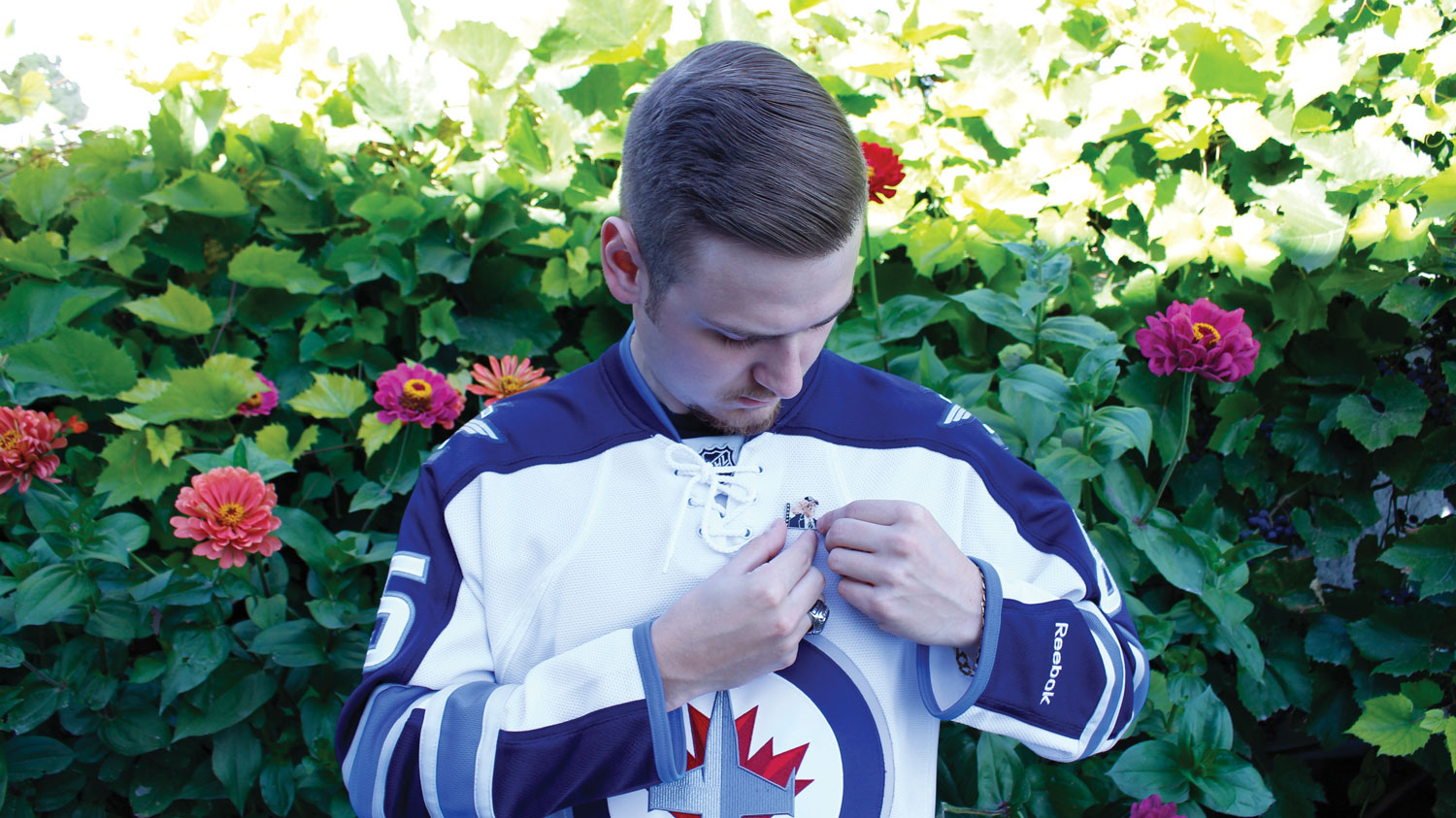 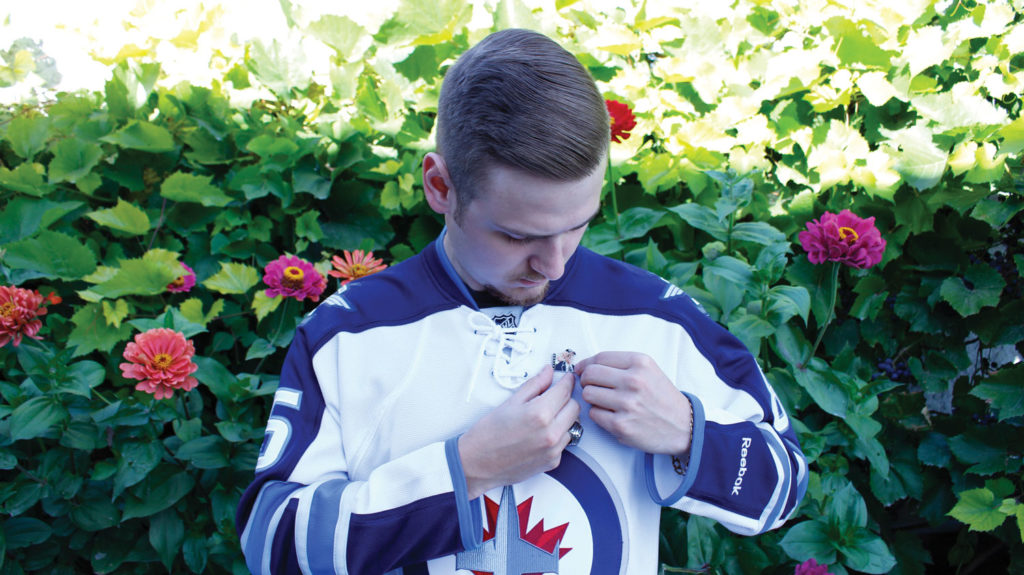 As the NHL season nears, Winnipeg hockey fans are remembering the life of a popular member of their community.

Len “Kroppy” Kropioski, the man known for saluting during the Canadian national anthem at Jets games, died Sept. 13 at the age of 98.

He made the long drive to Winnipeg from his Kenora home for many Winnipeg Jets games. He proudly supported the team, and fans adored him for it.

“The more I learned about him the more I felt I knew him,” said Jesse Malloy, a Red River College library and information technology student. Malloy has had season tickets for the Jets since the team’s return in 2011. 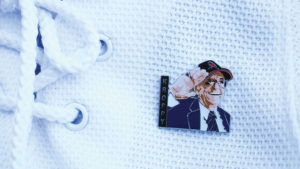 The limited edition Kroppy pin has been selling out since his death. THE PROJECTOR/ Haley Hayward

Kroppy gave back to local teams. He sponsored six Kenora sports teams and helped underprivileged players with equipment expenses, according to an article by KenoraOnline.com.

Jets Gear, the authentic team store for the Winnipeg Jets, has been selling a limited edition “Kroppy” pin for over a year. Since his death, the pin has sold out in multiple Jets Gear locations.

Kroppy also gave to his country. He was a World War II veteran and wore a hat that read “Veteran” to almost every game he attended.

Three years ago at the Winnipeg Jets Remembrance Day tribute, Kroppy joined Stacey Nattrass-Brown, the Jets’ anthem singer, on the ice during the singing of the anthems. She leaned over and shared the last line of O Canada with him.

“He was singing so proudly,” Nattrass-Brown said.

At the Jets games he attended, Kroppy sat next to where Nattrass-Brown would come out to sing, so she spoke to him many times.

“He was such a kind man and [was] always there with a huge smile on his face,” said Nattrass-Brown.

Kroppy showed Nattrass-Brown what being a proud Canadian looks like and taught her to never take her life in Can- ada for granted, she said.

Winnipeg Jets fans looking to honor Kroppy can attend or tune in to the first Jets game of the regular season on Oct. 13. This is when True North Sports & Entertainment plans to honour him, according to the Winnipeg Jets’ official Twitter account. 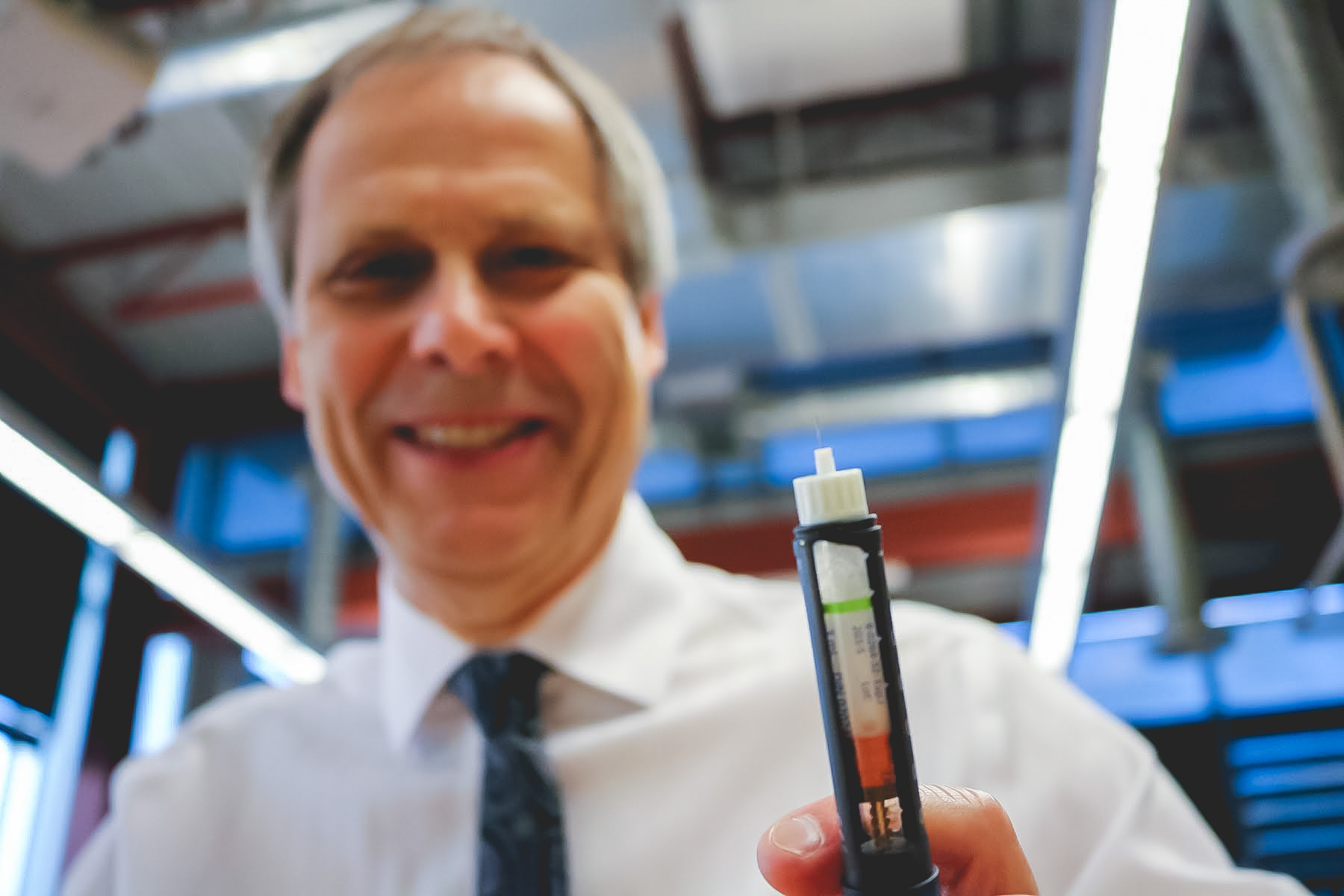