The honey made by the bees in the BeeProject Apiaries hives is all harvested by hand. The first step is removing the wax seal the bees create to preserve the honey. THE PROJECTOR/ Laurie Brand

While wasp season is hitting its peak in Winnipeg, there’s another insect invading Red River College.

Up to 150,000 European honeybees are in three hives are on the rooftop patio of the Paterson GlobalFoods Institute building at the Exchange District Campus.

“They [RRC] approached us about putting hives on the rooftop,” Nikkel said. “They were interested in having an ultra-local food, which is the rooftop honey.”

Nikkel said what the bees and honey offer has intrigued RRC students, particularly those in culinary arts.

“The students really do appreciate what a premium product it is and how creative they can be in using it,” she said. “It’s more than just putting it on toast or putting it in tea in the morning.”

Beeproject Apiaries harvests the honey at RRC then sells it back to the college. Two-thirds of the honey will be put in jars to sell at a farmers market scheduled for Sept. 9 at Notre Dame Campus. The other third will go to the kitchen at PGI.

“Each hive should be producing at its maximum about 25 kilograms of honey,” said Sara MacArthur, RRC’s manager of sustainability. “So the most we can be expecting to receive is 75 kilograms of honey at the end of the season. We already have about 90 jars of honey that are ready to sell, and 25 kilos of honey have already been given to the culinary arts program.” 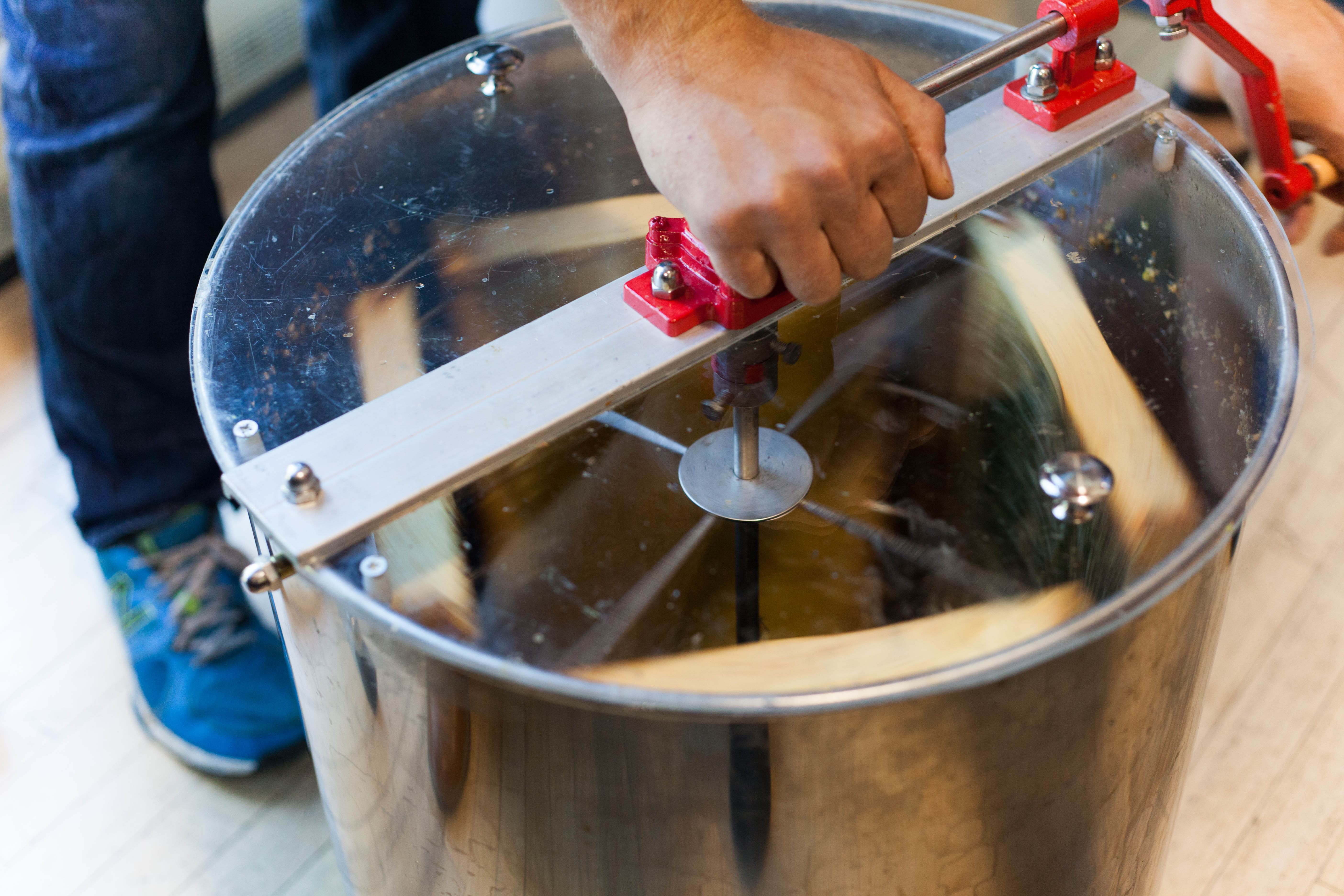 After the wax cappings are removed, the honey goes into a centifuge that is spun by hand to extract the honey from the frames. THE PROJECTOR/ Laurie Brand

Beekeeping on campus is the latest initiative toward the college’s mandate of sustainable practices, MacArthur said.

“We’re improving the regeneration of the honeybee population,” MacArthur said. “But I think it’s also a really tangible way of connecting students and staff to our food system. This honey is literally being produced right on one of our sites.”

Nikkel added she thinks beekeeping at the college is crucial. “I don’t think a lot of people really know that if we don’t have the bees, we don’t have a lot of our food supply,” Nikkel said. “So it really ties into food security, which is kind of integral to the culinary program.”

If you want to see the bees, Nikkel and Kirouac allow interested staff and students to join them when they visit the hives about once a week. Fill out a form at news.rrc.ca in the post from Aug. 5 for updates.

Beeproject Apiaries will move the bees at the college before winter arrives. 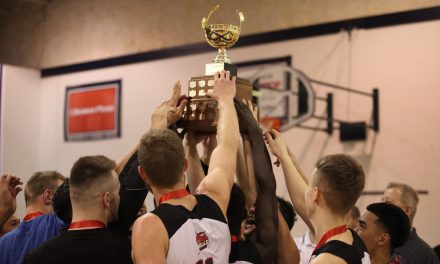 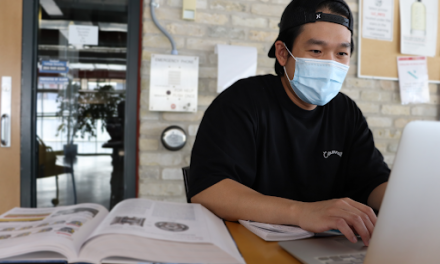