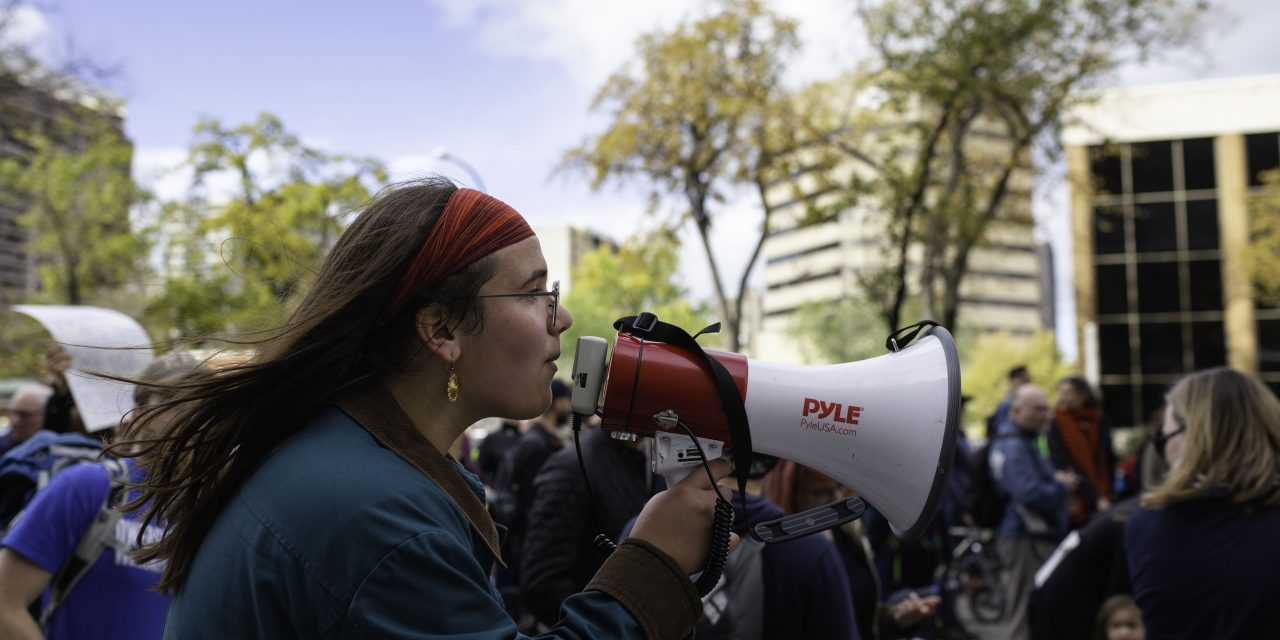 An estimated 12,000 people marched through the streets of Winnipeg yesterday in an effort to bring forth climate action.

Lena Andres, 17, holds up her megaphone and addresses the crowd.

Andres raises a tightly-clenched fist to the sky.

“NOW!” says the crowd, their voices bellowing through the streets of Winnipeg.

“It feels unfair that older generations of people get long, healthy lives,” ays Andres. “I deserve as much of a right to the future as they do.”

The walk started around 1 p.m. at the Manitoba Legislative Building, went through Broadway toward Main and circled back via Assiniboine.

Early childhood educator Karla Schultz, 43, watches her kids run around the legislative building after the march and asks them, “Why are we here?”

Her six-year-old son Odin replies, “For the climate.”

Schultz smiles and says, “What are we doing?”

“We’re going to fight for the climate.”

Josie Krahn, 26, drove from Steinbach to Winnipeg for the strike.

“My heart is beating faster than it has in a long time,” ays Krahn. “I’m grateful that people care, and that I get to be a part of it. We are all one family, with one home. We have to protect it.”

Hannah Muhajarine, 26, is a student and member of grass-roots group Our Time, a national youth-led movement pushing for climate action in the form of a Green New Deal.

“Everyone needs to be on board,” says Muhajarine.

The strike featured artists, performances and speakers throughout the afternoon.

Two-spirit, Indigenous activist Brielle Beardy-Linklater stands in front of thousands of Manitobans during the strike and ys, “Land cannot be owned. We belong to it.”

Eric Rae, 35, orchestrated a theatrical performance for the climate strike.

“What’s going on with the planet is absurd and horrific. The strike is good but there is a lot of hard work to do,” ays Rae. “It’s important to continue the conversation.”

Crowds dispersed between 5 and 7 p.m., with some people setting up their tents for the night.

Our Time is hosting the “I Went to the Climate Strike! What?” event at The Good Will Social Club on October 1 at 7 p.m. for those who want to stay involved with climate action.

RRC students interested in the environmental causes can join the Sustainability Club by contacting Josh Roopchand at sa_president@rrc.ca. 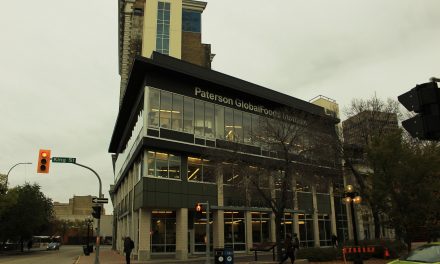