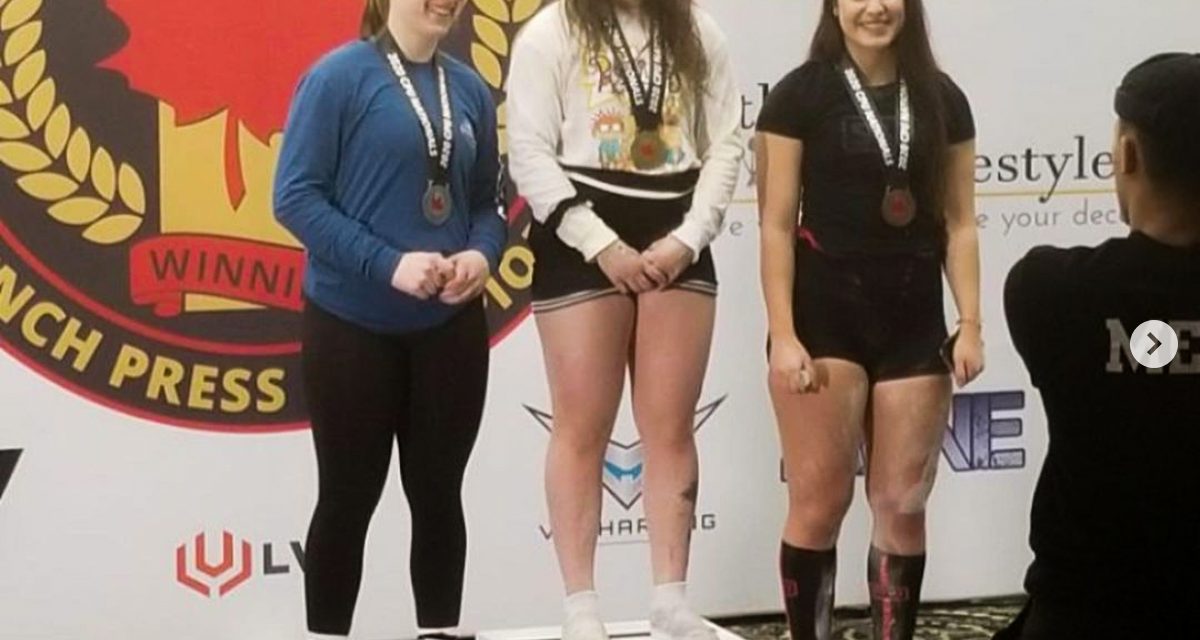 Gym closures due to COVID-19 have hindered students’ training, for both competitive pursuits and personal fitness goals. Manitoba is now allowing gyms to open at 25 per cent capacity, but obstacles and uncertainty remain for some students.

Arsen Asatryan, a 24-year-old Medical Laboratory Sciences student at RRC, said he’s continuing to work out at home. The gym he went to is open again, but Asatryan said he wants to save money and avoid getting sick.

“I can’t risk anything being wrong with my lungs,” said Asatryan.

Asatryan started lifting weights regularly four years ago. He said it helps him feel energized, healthy, and adds structure to his life as a student.

Sacrificing the gym’s heavy weights and range of equipment leaves Asatryan to make do with resistance bands, a pull-up bar, and a treadmill at home. He said the home workouts aren’t as fulfilling, and it’s hard to stay motivated. But he tries to view his equipment limitations as an opportunity to improve his cardio.

Paige Kernot, a competitive powerlifter, said home workouts won’t cut it if she wants to stay ahead of her competition.

The University of Manitoba student had to start working out in her basement when gyms closed in November. That atmosphere and a lack of variety in her workouts stifled her competitive drive, said Kernot.

“I’m terrified for gyms to close again. It’s so bright at the university gym,” said the 22-year-old. “Way better than working out in a dungeon.”

Kernot’s gold medal at the 2020 Canadian Powerlifting Union Nationals earned her a spot on the national team to compete at an international powerlifting competition in Minsk, Belarus. But that event was postponed along with the rest of her competitions due to the pandemic.

Kernot said she slowly started caring less about lifting and was indifferent when gyms first reopened. She said she finally went back to her gym five days after it opened.

“I just felt like I was doing the same crap over and over again,” said Kernot. “It just got really tiring.”

After a few workouts at the gym, lifting became fun again, said Kernot. She won’t have competitions any time soon, but in the meantime, Kernot said she plans on getting her strength back to where it was this time last year.