Some students are saying Goodwill stores are becoming a more popular alternative for bargain shoppers. THE PROJECTOR/ Savannah Kelly

That ugly Christmas sweater party is rearing its ugly head, but some students are saying it’ll cost more to dress to impress. And that’s too bad, considering Value Village is a student favourite.

“It’s large enough that they have interesting clothes, ones I can actually wear,” said Tina Carson-Geyer, a student in the library and information technology program at Red River College.

Carson-Geyer, 22, thrift shops every couple of months, and says she will continue to shop at Value Village until she finds a better alternative.

“I don’t really blame them. They’re a store. But their prices are getting a little ridiculous,” said Carson.

Used boots, for instance, can cost over $25 at Value Village, while other thrift shops like the Goodwill Store in The Exchange District and the Salvation Army in Transcona sell similar boots for $5 to $10. Bryan Serazilla, a digital media design student at RRC, said he found alternative stores to shop at before Value Village’s prices made headlines.

“I went there for vintage clothes, but they don’t really have them anymore. They mostly have old retail stock,” said Serazilla. “Now I’ll go to the Goodwill Store on Princess Street because I live downtown, or I’ll go to Vintage Glory.” 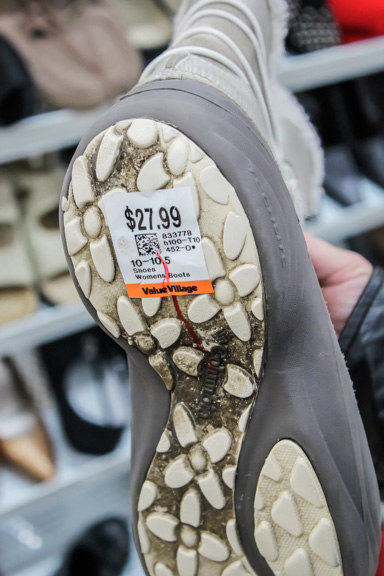 RRC students are saying some prices at Value Village are too high, like this boot. THE PROJECTOR/ Savannah Kelly

“I think it’s kind of sad. The reason thrift stores exist is to help people out that need it,” said Kaye. “You do come across the odd shirt that’s decently priced, but the majority are getting quite expensive.”

Kaye said she attended a clothing swap at The Handsome Daughter over the summer. People bring in clean, unwanted clothing, then anyone attending the swap can take clothing from the event for free — effectively creating a temporary thrift store that beats any price in the city.

Thrift shoppers look for quality and value, and if the value isn’t there, they say they’ll quickly turn elsewhere.

“If you’re paying that much for something that’s used, you may as well get it new,” said Kaye. 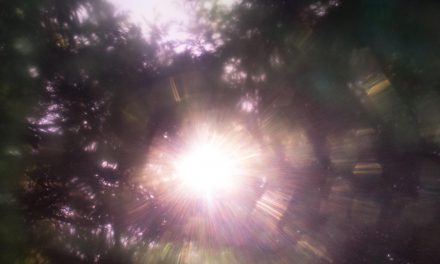 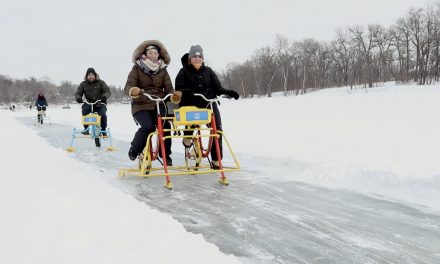 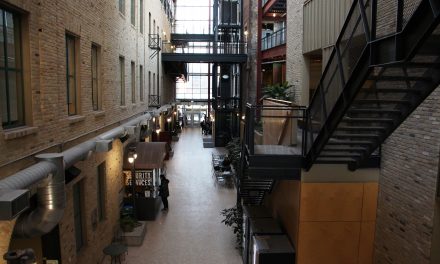