I spent Sunday, Feb. 7 with my eyes glued to the Super Bowl. Not for the football part because I’m not entirely sure of the rules and I get turned off by men who wear rings.

I was watching Twitter explode. Hashtags like #SB50 and #TasteTheFeeling were flying, and I couldn’t press the refresh button fast enough to keep up. The biggest thing I took away from it all is that America is very serious about their football. Well that, and Beyonce’s halftime show. According to CNBC, social software program Spredfast found Beyonce’s name mentioned 2.6 million times during the event.

The other thing I took away from my buzzing Twitter timeline is that brands love using the Super Bowl to promote their products. Which is no secret. Super Bowl Sunday is the advertising executive’s Christmas. Think about it— it’s the one day of the year when it’s safe to assume that most of America is slouched on their sofas with both eyes glued to their HDTVs with enough beer and snacks to survive the apocalypse. The Super Bowl is more likely to bring families together than Thanksgiving. And, during timeouts or between quarters, fans are likely scrolling through their social media feeds.

Let’s count the number of brands that associated themselves with America’s biggest sporting event.

Pepsi claimed the halftime show. Esurance, an American insurance company, owned social media with more than two million mentions for their sweepstakes. Squarespace snagged comedy duo Key and Peele to stream a live sports newscast. And PETA turned to Twitter to talk about the consequences of snacks during the Super Bowl —they estimated more than 300 million chickens were killed for the 1.3 billion wings eaten during the game.

As a consumer, the show put on by these brands is entertainment enough. Football is placed on the back burner, and TV ads and promoted tweets take center stage. And, if I find myself drinking a Pepsi or signing up for Squarespace this week, I’ll know why.

Lucky for me, the excitement doesn’t have to end with the Super Bowl ring ceremony and Peyton Manning’s not-so-subtle Budweiser comment. The Academy Awards are airing at the end of this month, and Twitter certainly won’t be shy about it.

Kohl’s has exclusive sponsorship of the event this year, and if anything as exciting as Ellen’s 2014 Samsung selfie goes down, I’ll be watching for it.

Riley Chervinski is a journalism student, soccer player and reader of cringe-worthy chick-lit. You can usually find her scrolling through Tumblr, scoping out recipe blogs or laughing at her own jokes @rileychervinski. 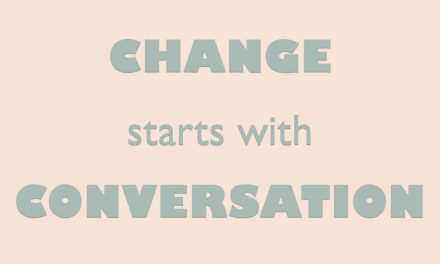 How To Inspire Positive Change