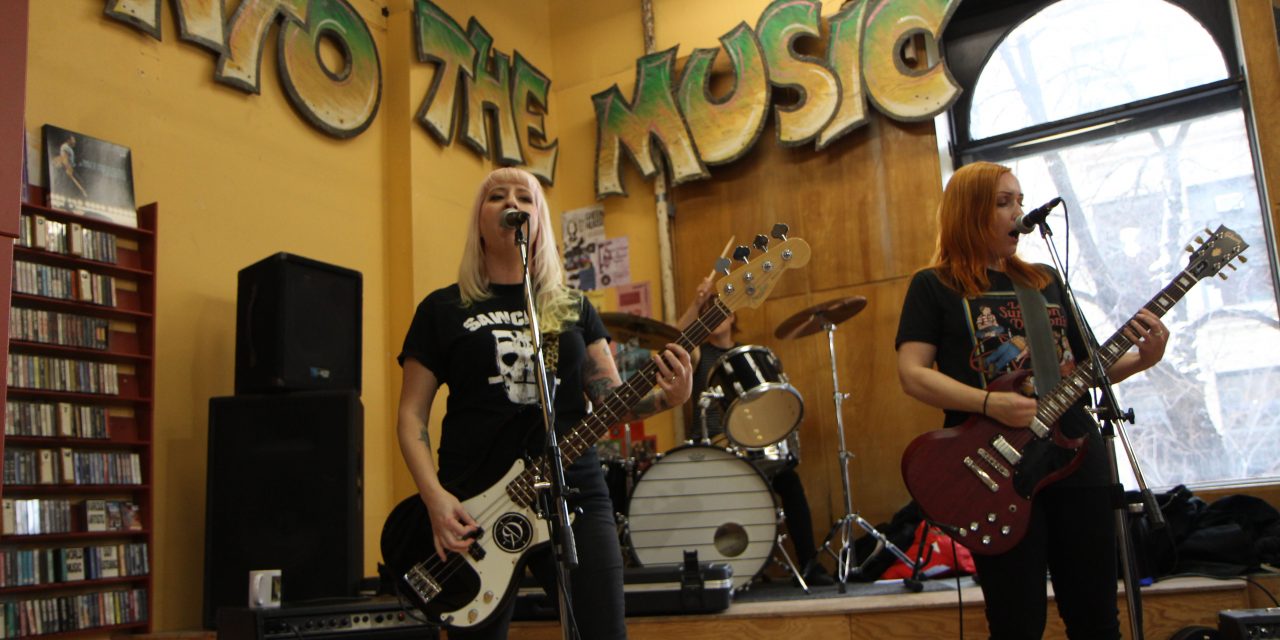 Four-year-old Teagan Spindler jumped happily side to side in her white polka-dotted boots as guitar riffs and drum hits filled the packed storefront.

Into The Music hosted The Rules, an all-female Winnipeg punk band, for a short afternoon set on Saturday, Nov. 9. The Rules only played for 20 minutes but were well received by Teagan and others, who roared for an encore after the closing song.

“We came from ballet class, straight to the punk show,” said Teagan’s father, 32-year-old Erik Spindler, after the show.

The small, all-ages punk performance was Teagan’s first live show and marks the beginning of a punk princess’s journey. According to Spindler, Teagan had been talking about the show all week.

“Daddy, can I go too? Is what she kept saying.” Spindler said with a chuckle as Teagan shyly hid behind his legs.

Teagan is enrolled in ballet classes but also sings before and after school.

“She wants to learn to sing with a scratchy voice,” he said. “Something different than the typical Disney princess.”

Lead singer of The Rules, 34-year-old Kim Wright, said she was ecstatic to see Teagan and other young children in the audience.

“I love these types of gigs,” Wright said with a smile. “If I had these opportunities at their age, I would have taken them.”

Wright, 35-year-old drummer Johanna Schmidt, and 33 -year-old bass player Karla Chin said they want more venues like Into The Music to host “pop-up” shows for all ages, so more children like Teagan can enjoy the impact of their music.

“Seeing her jam out to our music was special,” said Chin. “That was me as a kid, except I was rocking out to D.O.A.”

The Rules are scheduled to perform their next show on Dec. 20 at The Garrick for the third annual Rock The Halls event. The show is 18 plus, but the band is making arrangements to schedule another all-ages show for the near future.

“I want there to be more of these gigs,” said Wright. “For kids like Teagan.”

The Rules can be listened to on iTunes, Spotify, SoundCloud, Bandcamp and Google Play. Limited physical copies of their Eps and albums can be purchased at their shows. Tickets for their next show, “School of Rock Third Annual Rock The Halls” can be purchased on The Garrick’s website at https://www.eventbrite.ca/e/school-of-rock-3rd-annual-rock-the-halls-tickets-81550739457 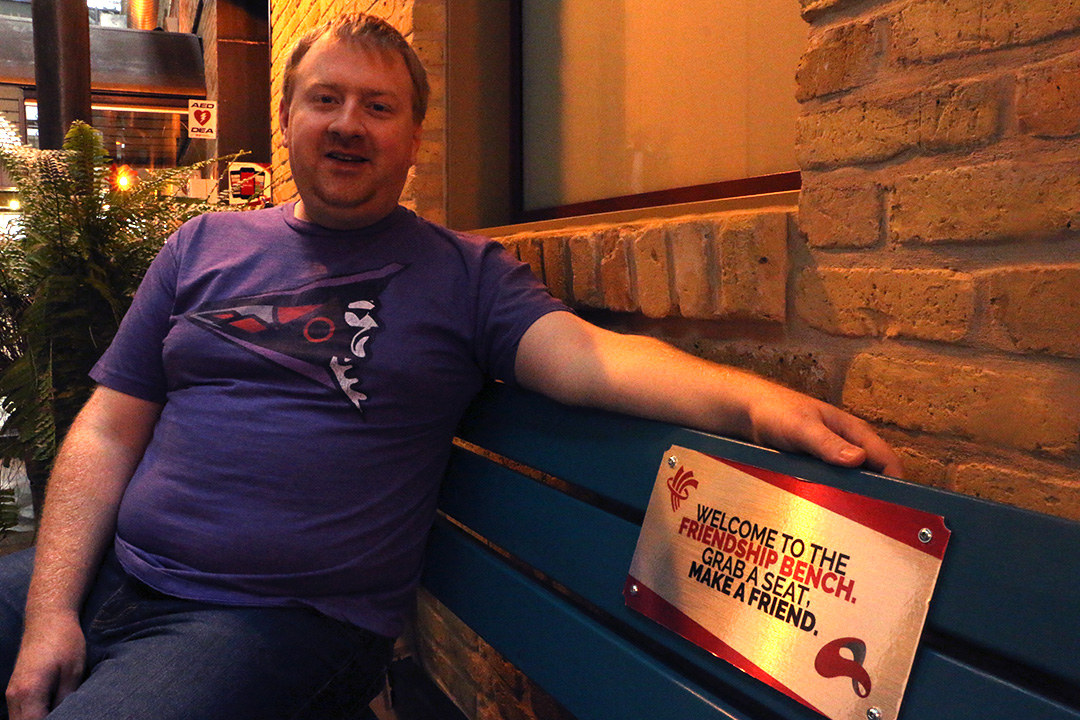 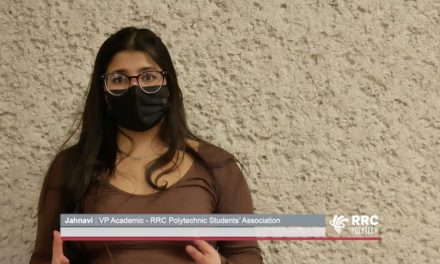