I’m pissed off at Canada.

Canada, my home and native land, failed to teach me one of the most important lessons of my life.

I was 18 years old when I first learned about residential schools, which is arguably one of the most important pieces of history for any Canadian to learn.

It wasn’t until I voluntarily registered for a university class examining Winnipeg’s inner city that I learned about the more than 150,000 Indigenous children placed in schools against their parents’ will from the 1870s to 1996.

Did you know more than 130 government-funded residential schools in Canada excluded Indigenous parents from any educational influence on their children and often forbade students to speak their language or practice their culture? I didn’t.

In high school, we briefly studied how European settlers encountered Indigenous people in pre-colonized Canada, but I never heard about the schools created to eradicate Indigenous culture and language. I certainly didn’t learn about the sexual, physical and mental abuse residential school students endured.

Let’s face it: racism against Indigenous people in Canada exists. There is no use in denying it, but there is use in understanding where and how that racism formed.

As of February 2013, 23 per cent of inmates in federal prisons are First Nation, Métis or Inuit, according to the Government of Canada, while they make up only 4 per cent of the total Canadian population. The Supreme Court of Canada recognizes the impact of residential schools as one of the main factors for this difference in proportions.

Indigenous people are still coping with the impact of residential schools, the last of which closed in 1996. Know- ing I was alive while a residential school was open makes me sick, but realizing I hadn’t been taught about them in the public school system makes me angry. Canada needs to educate its citizens to look beyond stereotypes and to understand the history and roots of its people.

In 2011, four Manitoban schools implemented a pilot project with a new curriculum on residential schools. It was a start, but it was too late for me, and many other young adults, on our way to becoming functioning Canadian citizens.

Through movements advocating for increased education on Indigenous history to help mend the divide, like the Truth and Reconciliation Commission of Canada and the KAIROS Winds of Change campaign, Canadian schools are beginning to implement Indigenous education in its curricula.

To ensure it becomes mandatory in all Canadian schools, our voices need to be heard. Sign the KAIROS petition or send a letter to your MP.

And if you’re like me—too late to have benefitted from the recently implemented Indigenous history education— make a point to educate yourself. Visit the Truth and Reconciliation Commission of Canada website at trc.ca, or sign up for a university course discussing Indigenous matters. 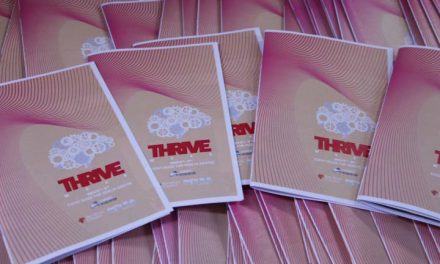