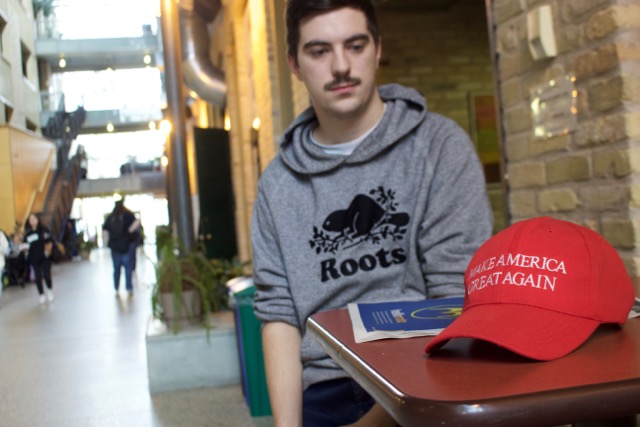 “I probably can’t wear the hat anymore,” said Connor Templeman, 22, after Trump was elected on Nov. 8. THE PROJECTOR/ Courtney Bannatyne

Connor Templeman, a digital media design student at Red River College, adjusts his bright red hat reading Make America Great Again. He’s been pretending to support Donald Trump as a long-running joke. He said he’s not sure if a Trump presidency is funny anymore after the Nov. 8 election.

“It was funny to joke in a world where he does become president,” said Templeman, 22. “But then that world became the actual world.”

Templeman said he began pretending to be a Trump supporter after the first presidential debate in September. He would create photoshopped pictures of Hillary Clinton and Trump.

“The first debate I was like, ‘he probably won’t be in power now,’” said Templeman. “So I thought the jokes were okay back then because he wasn’t going to take office.”

Though he pokes fun at American politics, Templeman said he also thinks there are serious implications to the election outcome.

“What I didn’t realize was going to happen, and what I’ve seen that is happening now, is the fact that his racist views and stuff have kind of poured over into the American population,” he said.

“Now it’s like a huge outlash of racism, sexism, like all this stuff, so that’s probably the worst thing that could have happened.”

According to CNN, the Southern Poverty Law Center has had more than 700 complaints of hateful harassment or intimidation since Election Day. On CBS’s 60 minutes, Trump told the public to “stop it” in regards to the harassment and intimidation.

Templeman said he will still occasionally make satirical references and jokes about Trump being president.

“I probably can’t wear the hat anymore,” he said. “Probably won’t tweet about it anymore, other than the bad parts (about Trump).”

“He didn’t win the popular vote, so I think that (a big percentage) of America’s not going to like him for the next four years. That’s just not going to add up to something good.”

Tina Carson-Geyer, a library and information technology student, says she felt scared and powerless since the news of Trump’s election.

“I can donate to Planned Parenthood for example, but I can’t do anything except listen to (American friends), so that’s scary,” she said.

She thinks the Trump presidency will affect Canadians and students for many reasons, she said, but the Keystone XL pipeline is a big one.

“Politics always affects students one way or another,” Carson-Geyer said. “If Trump and Justin Trudeau agree to have that started, it’s going to affect everybody because it’s going to have a massive impact on climate change and the communities that run along it.”

Though she feels somewhat dejected, Carson-Geyer said that as a Canadian, she feels motivated to do something about it.

“If people have been feeling particularly powerless, like I have been, I would recommend just talking about it, constantly,” she said. “Not just with people who agree with you.”

She said she would encourage people to volunteer around the city, donate to charities that support people in marginalized groups and protest things that matter.

According to the Financial Times, people opposed to a Trump presidency are increasing donations to nonprofits because they are scared of what will happen to the progress of initiatives like environmental, immigration, women’s and gay marriage rights.

“It’s going to help a lot in the coming four years,” she said.

Donald Trump will be inaugurated as the 45th president of the United States on Jan. 20, 2017, in Washington, D.C. 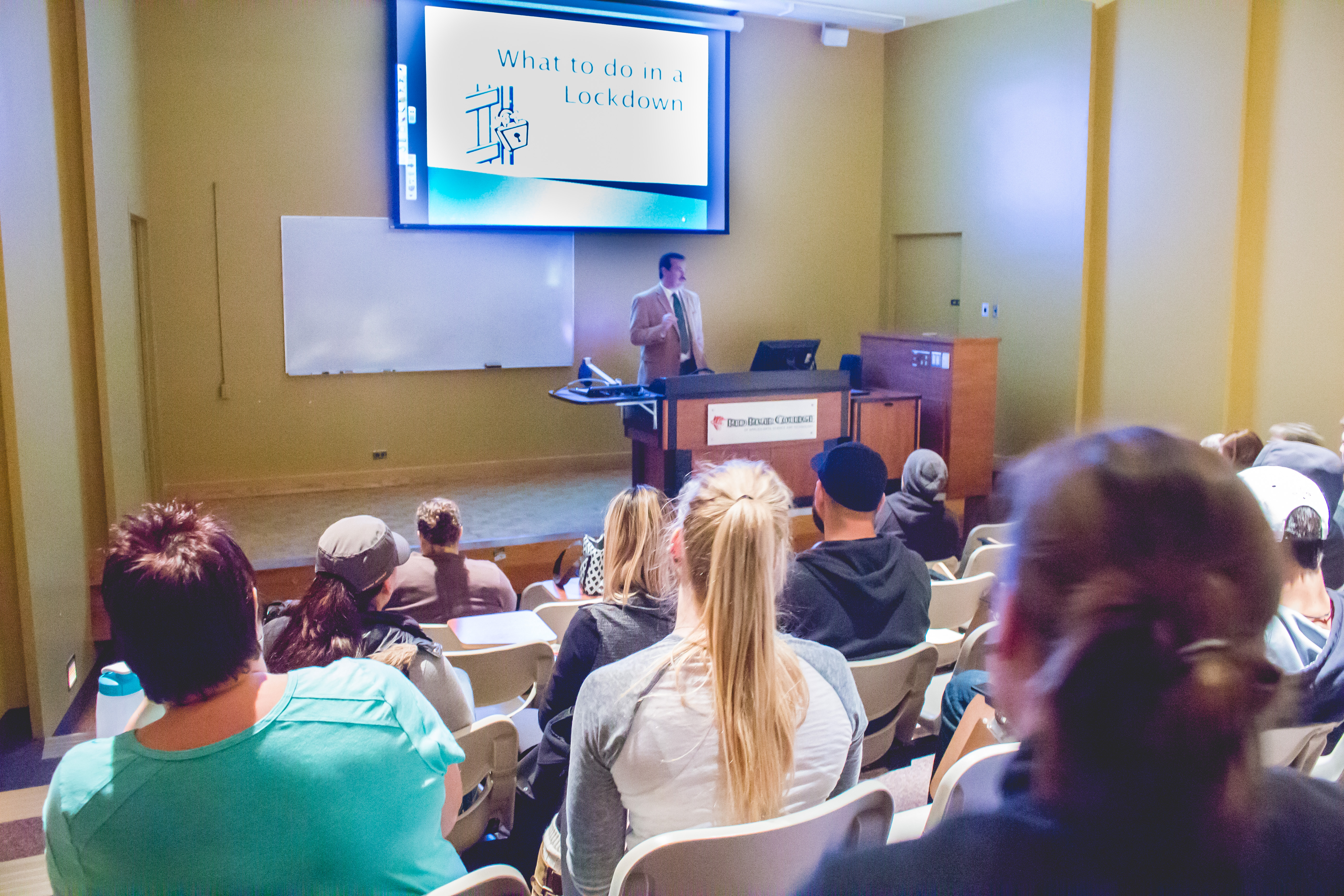 The low-down on lockdowns 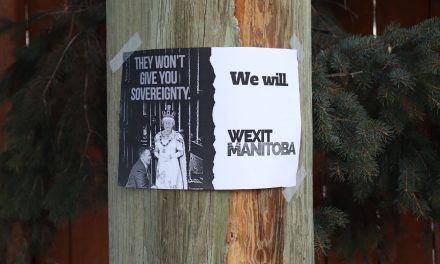