In-person voting for this year’s Student Association executive council began today, although online voting has been available since March 23.

“We’ve been pretty steady, sometimes two or three people voting at a time” said Chief Returning Officer, Marge Pfaff, who is overseeing the three voting booths at the Exchange District campus. “Possibly a little slower than last year because we had the referendum on the U-Pass last year.”

The four candidates were confirmed by the Student’s Association last week, and for the first time in at least eight years, all four positions are running uncontested.

The candidates are Lauren Slegers for President, Kelsey Gillespie for VP Academic, Joshua Roopchand for VP Internal, and Alex Hartung for VP External.

All are re-running for the same role as last year except for Roopchand, the only newcomer.

Since there’s only one candidate for each position, students will simply be casting a yes/no vote. Although it has never happened, if a candidate were to receive more “no” votes, the SA board would appoint someone to fill the positon.

The candidates’ positioning statements were posted online last Monday and have since appeared around campus.

First year Commerce Industry Sales and Marketing student, Brittany Bauchamp, said she looked up the candidates before casting her vote on Monday.

“We talked about the election briefly in class, then I went online to see what they were talking about,” Bauchamp said. “I thought (the candidates) each had pretty good statements, nothing really jumped out at me.”

“I voted last year too,” Giesbrecht said. “But only one candidate for each position kinda shows people either don’t know or don’t care about student council.”

Students will be able to meet the candidates in person from 12 – 1 during All Candidates Day, which happened Monday at NDC and will be happening Tuesday at EDC.

Voting closes Wednesday, March 28 at 3 o’clock and the winners will be announced at 5. 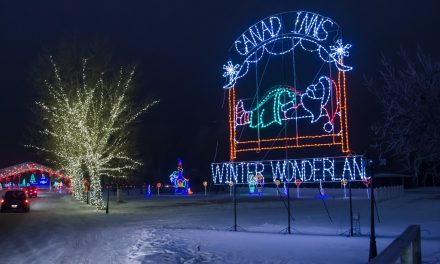