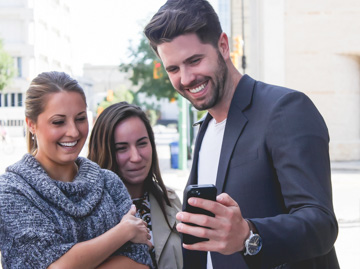 RRC students can get involved in Innovation Alley

Chris Karasewich stands up from his desk and walks to his whiteboard. Under a hand-sketched “Exchange Digital PR” logo, he writes: “Tesoro Lounge 104 likes > Goal: 10,000 likes > days left = 30.”

“Ten thousand likes in 30 days is a big goal,” said Karasewich, “but I like to challenge myself and my team to do the near-impossible sometimes — just so we can say we did it.”

This is only one example of the pressures Karasewich faces daily as a CEO of four businesses. But with Exchange Digital PR being his first social media company, it’s a new kind of challenge altogether.

Exchange Digital PR is located in Innovation Alley, the two-block strip down Adelaide Street south of the Exchange District Campus. That’s where a number of startup businesses have set up shop.

Since the 29-year-old serial entrepreneur joined the startup community in 2014, he has started Asap Marketing, FarmTrack Technologies, Exchange Digital PR and Take My Spot, which will be launching in early November.

He currently employs two RRC grads in his office.

“RRC grads come out with great experience and know what they’re doing,” Karasewich said. “It’s been awesome launching Exchange with people like that around because they’re independent and my time is always split between so many projects.”

Karasewich said he had a steep learning curve when he started his first business, much like RRC students do in their programs.

“I had to learn the unknowns and overcome challenges with each business, but nothing feels better than actually doing that as an entrepreneur.”

Michael Legary, the chairman of Startup Winnipeg, wanted to create an environment that offered young innovators the resources to fuel their growth.

He helped open AssentWorks and Ramp Up Manitoba in 2010, which became the beginning of Winnipeg’s startup community.

“Having a desk and office space for only $50 per month at Ramp Up Manitoba allowed me to start my first business,” said Karasewich. “Anyone can afford that if they really want to.”

He said he probably wouldn’t have his companies today if he never joined the community.

“The great thing about RRC students who want to be a part of all of this is they gain education that is linked to real-world experience,” said Legary. “They can enter this community quickly and confidently and join the entrepreneurs who are already in the ecosystem.”

Legary said students can get involved with a startup like Exchange Digital PR or even create their own start up in Innovation Alley, as they complete their studies. 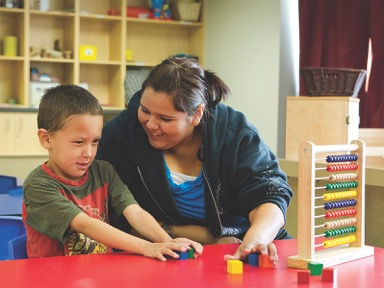