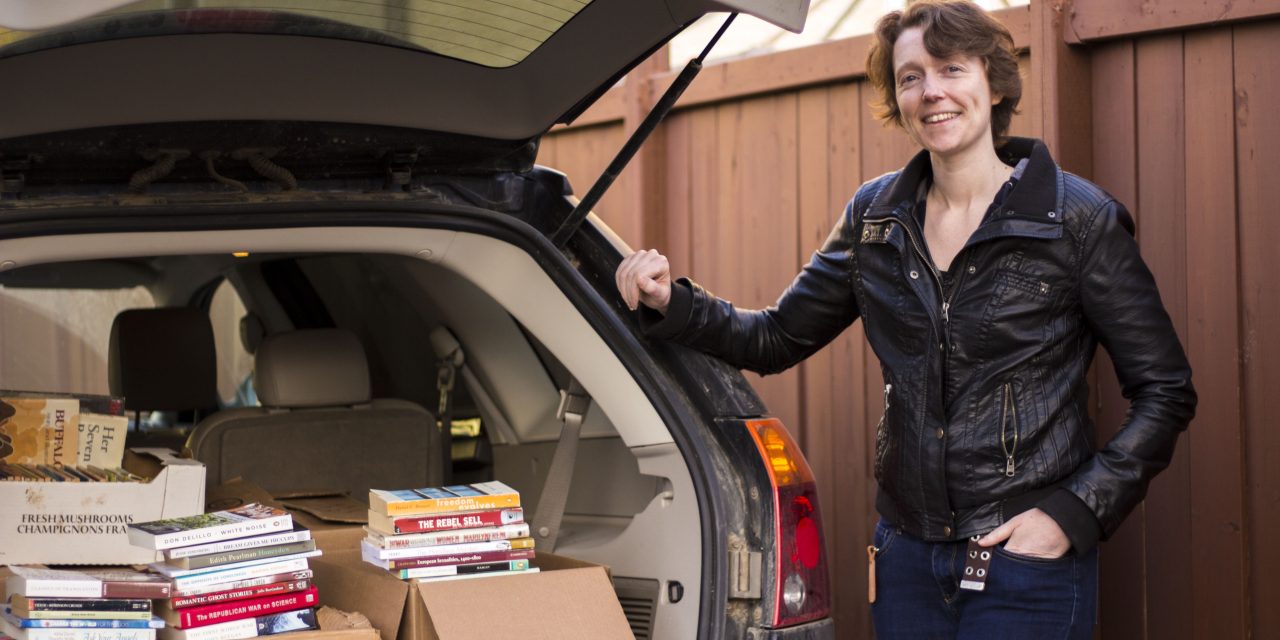 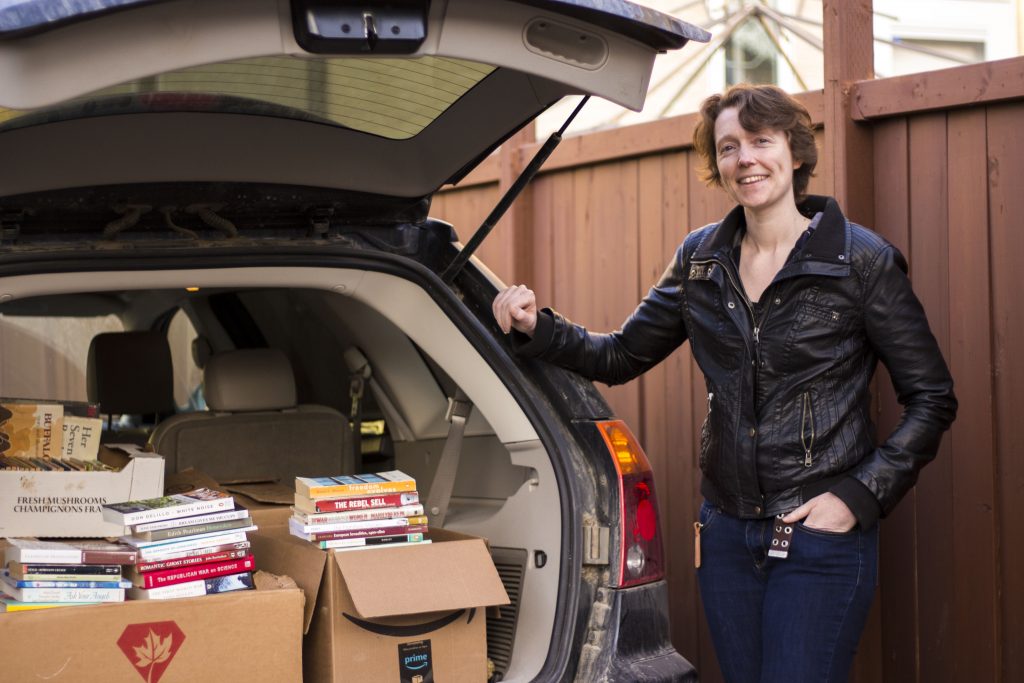 Jacquie Nicholson, who has organized the annual book drive since it began in 2016, stands next to boxes of donated books stacked inside her vehicle on April 23, 2018./CAITLYN GOWRILUK

Jacquie Nicholson opens the trunk of her car, where boxes of donated books sit piled high in preparation for a book drive in support of incarcerated Manitobans and their families.

Some of the donated books will also be sold at a book and bake sale fundraiser at the Daniel McIntyre/St. Matthews Community Association’s annual rummage sale at 823 Ellice Ave. on June 2 from 9:30 a.m. to 2:30 p.m.

Half the money raised at the event will go toward funding the Bar None prison ride share project, which connects people with rides to visit friends and family in prisons in Manitoba.

Lori Kooger, 51, whose fiancé is incarcerated at Stony Mountain Institution, has been using Bar None’s ride share services for close to a year.

Kooger, who flies in from Hamilton every month for visits, said it was difficult to get to the prison before she started using the ride share program.

“I was taking cabs out there, and they were like $45 one way,” said Kooger in a phone interview. “It’s already expensive enough to have to fly and stay there. To have this [ride share program] in place, that helps so much more.”

The other half of the funds raised will go to the Manitoba Library Association’s Prison Libraries Committee, a volunteer group that provides books and library programming for incarcerated people in Manitoba. 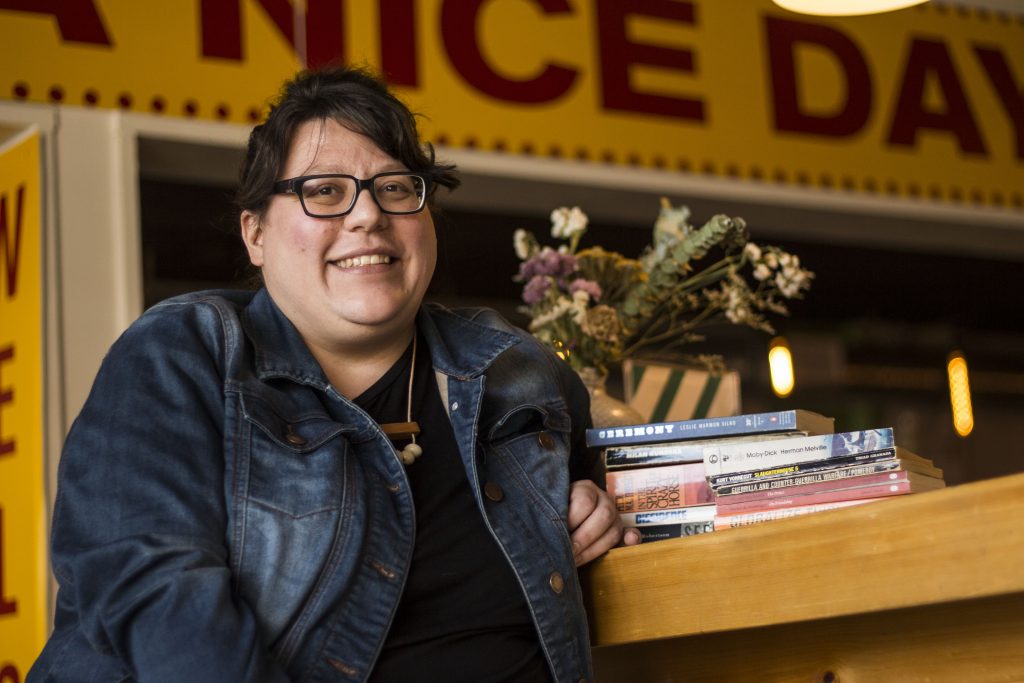 Monique Woroniak, a volunteer with the Manitoba Library Association’s Prison Libraries Committee, sits at a counter with a stack of donated books at Have a Nice Day at 625 Portage Ave. on April 23, 2018. The restaurant is one of three drop-off locations for the committee’s book drive in support of incarcerated Manitobans and their families./CAITLYN GOWRILUK

Since beginning in 2012, the Prison Libraries Committee has grown to a team of about 30 active volunteers, said Monique Woroniak, a librarian who volunteers on the committee.

While people come to the committee from different backgrounds, Woroniak said there is something about the work of the Prison Libraries Committee everyone can relate to.

“Everyone loves stories,” said Woroniak. “I think that’s something that cuts across all life experiences, all cultures, all classes. At its most basic, it’s about making stories available to everybody, and sharing them.” 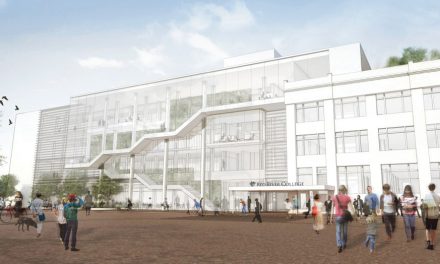 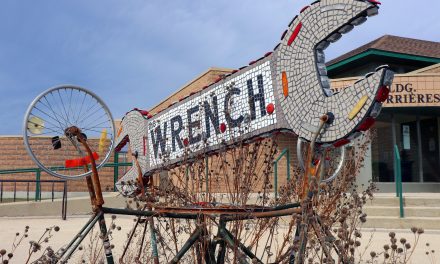