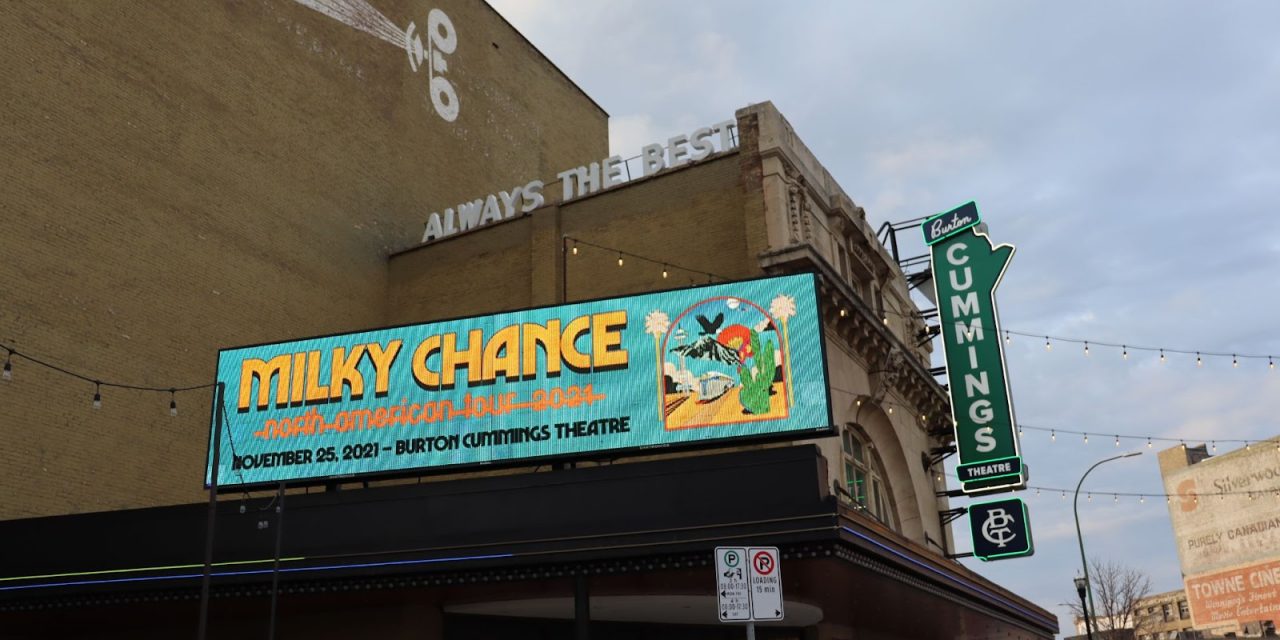 Milky Chance played a show at the Burton Cummings Theatre on Nov. 25 after being rescheduled over a year ago due to COVID-19. This was the band’s third time playing in Winnipeg.

Red River College Polytechnic student Jaymi Fast said she became an accidental die-hard fan of Milky Chance after she heard their song “Stolen Dance” on the drive home from a high school volleyball practice. Since then, Fast has seen the group three times.

She said her love for them grew in 2016 at the Winnipeg Folk Festival.

“I was front row,” said Fast. “It was the best concert ever.”

Fast spent a year abroad in Germany and went to a basketball game with one of her friends. Milky Chance was playing at the halftime show.

“I was so surprised when they came out,” said Fast.

Fast’s boyfriend gifted her the tickets to this month’s show, and she said she looks forward to enjoying the concert with him.

While the anticipation grew for some fans, others, like 22-year-old Aleah Galessiere, found it hard to hold onto the initial excitement.

Galessiere said she purchased tickets for her and her fiancé as an anniversary gift when they first hit the box office over a year ago, but the changed tour dates caused issues with her busy schedule. Galessiere went to see family in the U.S. the same week as the new show date and said she was worried she would not make it back in time.

“It was definitely a disappointment,” said Galessiere.

The concert scene has been silent of roaring crowds since COVID-19 started. However, bands like Milky Chance have used this time to release new music.

Their newest album, Trip Tape, was released on Nov. 3, a few weeks before their North American Tour started.

Many live performances scheduled for 2020 were either postponed or moved online, but individuals can still attend the rescheduled dates with their previously purchased tickets.

Tickets purchased for Milky Chance’s previous performance date were honoured at the door and individuals were able to purchase them online before it sold out. 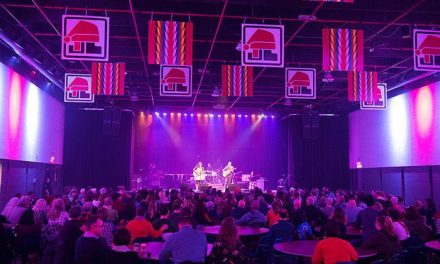 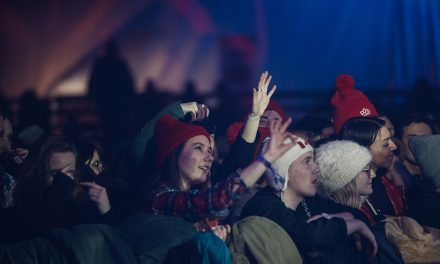