Two days remain to cast your vote in the RRCSA election.

Voting ends on Thursday, March 28 at 3 p.m. sharp. Students can vote using their academic email or at the polling stations by the RRCSA office at their campus.

After two years as the RRCSA President, Lauren Slegers is passing on the torch to another Red River College student ready to take on the role.

“Hopefully we can get students involved and looking at what we’re doing, so they can have a say on what they want to see us put forward for their benefit,” Roopchand said during his candidate speech on March 18.

There are four executive positions in the RRCSA.

The President oversees everything the group does and acts as a liaison between students and the college. The Vice-President Academic focuses on student appeals and guides RRCSA meetings, while the Vice-President Internal runs college clubs, finances, recruitments and promoting the RRCSA. All three positions run out of the Notre Dame Campus.

Vice-President External is the only position that works out of the Exchange District Campus and focuses on a little bit of everything.

Melissa Ghidoni is running against Jasmeet Singh for VP External. Ghidoni’s campaign is for advocacy, student wellness, leadership and student engagement, while Singh’s focuses on initiative, being attentive and creative.

Slegers encourages all RRC students to vote in the election this year. She said the college has seen fluctuating voting rates in the past few years, and the election is a way for students to have their voice heard.

“I would say the highest that I have seen, I think it was around 19 per cent two years ago,” Slegers said. “However, last year I think we were around 8 per cent.”

Students can read about the candidates and watch their speeches at https://www.rrcsa.ca.

A live band, free pizza and snacks are available for all who attend the announcement party on March 28 from 4 p.m. to 5 p.m. in The Cave Lounge at the Notre Dame Campus. Winners will be announced at 4:30 p.m. 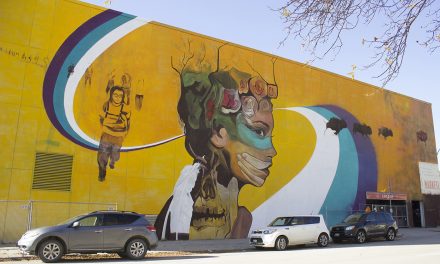