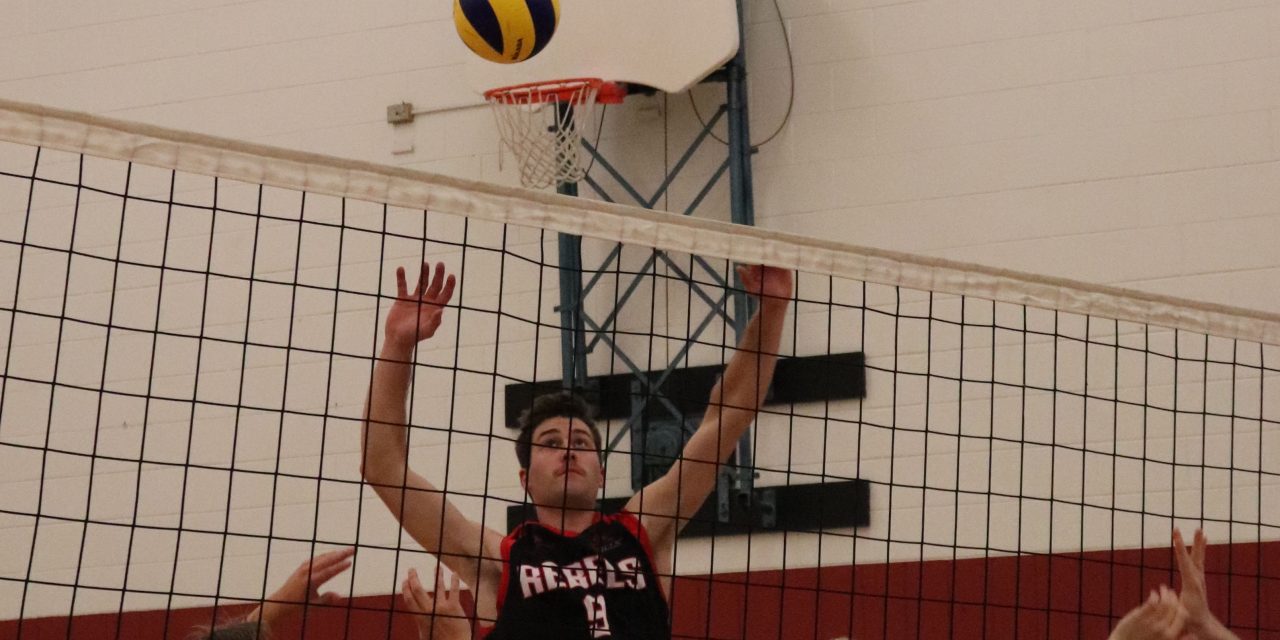 New Rebels men’s volleyball head coach Chris Voth, 29, paced back and forth on his team’s side of the court — he was visibly stressed. On Friday, Nov. 15 the Red River College Rebels hosted a home game against the Providence University College Pilots.

The Pilots men’s team came out with all engines running and though the effort was there, the Rebels lost 3-0. Providence claimed the first set with a 25-12 advantage. RRC came back strong for the second set but fell short 25-23 in a hard-fought battle. After a thrilling second set victory, the Pilots stormed off with a 25-10 third set win to take the match in three straight sets.

This was RRC’s second match against PUC this season with the previous game having similar results.

Cyril Hernandez, 21, is in the business administration program at RRC and is proud to be a part of the team.

“It’s a young season and we keep working,” said Hernandez. “During crunch time is when we come together as a team.”

After losing 3-0 to PUC on Oct. 5, last year’s championship winners, RRC women’s volleyball team struck back hard for their rematch against the Pilots. The Rebels turned the table and took a 3-0 win over the Pilots.

PUC came close in the first set with the Rebels just edging them out with a 25-23 advantage. The Rebels carried momentum into the second set and took another thrilling 25-23 set win. The final set was owned by the Rebels as the women kept a clear lead over the Pilots for the whole frame, finishing with a 25-18 win.

Head coach Dan McGregor, 39, is in his sixth year of coaching the Rebels and was excited for their win.

“They battled pretty hard,” said McGregor, “they were building momentum with each set.”

RRC’s men’s and women’s volleyball teams are up for an away game to Brandon next week where they’ll be playing the Assiniboine Community College Cougars on Nov. 22.