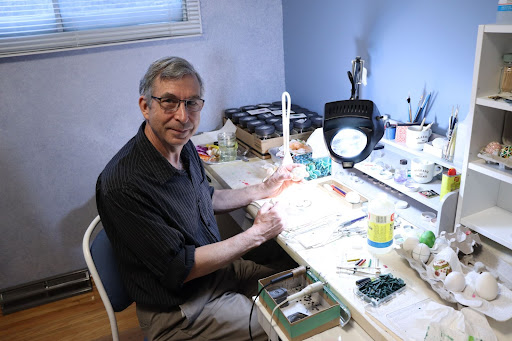 A Winnipeg couple is hosting an auction selling painted eggs to raise money for Ukrainian refugees.

Peter Czehryn has been painting eggs, based on a Ukrainian art style, for 40 years. Czehryn and his wife, Paulette Coté, started auctioning them off in support of the St. Mary’s Road food bank at the start of the pandemic.

This year, they are doing a dual fundraiser to support people fleeing the war in Ukraine.

“We’re working from a humanitarian perspective,” Coté said. “We want those who are fleeing the war to benefit.”

Coté, who is coordinating the fundraiser, said half of the proceeds from the auction will go to the Never Alone Cancer Foundation, and the other half will go to supporting Ukrainian refugees.

“I used to work with newcomer families. We have that knowledge of what folks are going to need,” Coté said. “So we are waiting to see which agency is going to give that support directly to the people who need it.”

Czehryn, who studied at Red River College Polytechnic in 1976, said his studies in Structural Technology influenced his craft.

“One part of designing eggs is doing the divisions and dividing it into sections and getting a design built,” Czehryn said. “I had a lot of training at the school with drafting, and that skill transferred directly to working on eggs.” 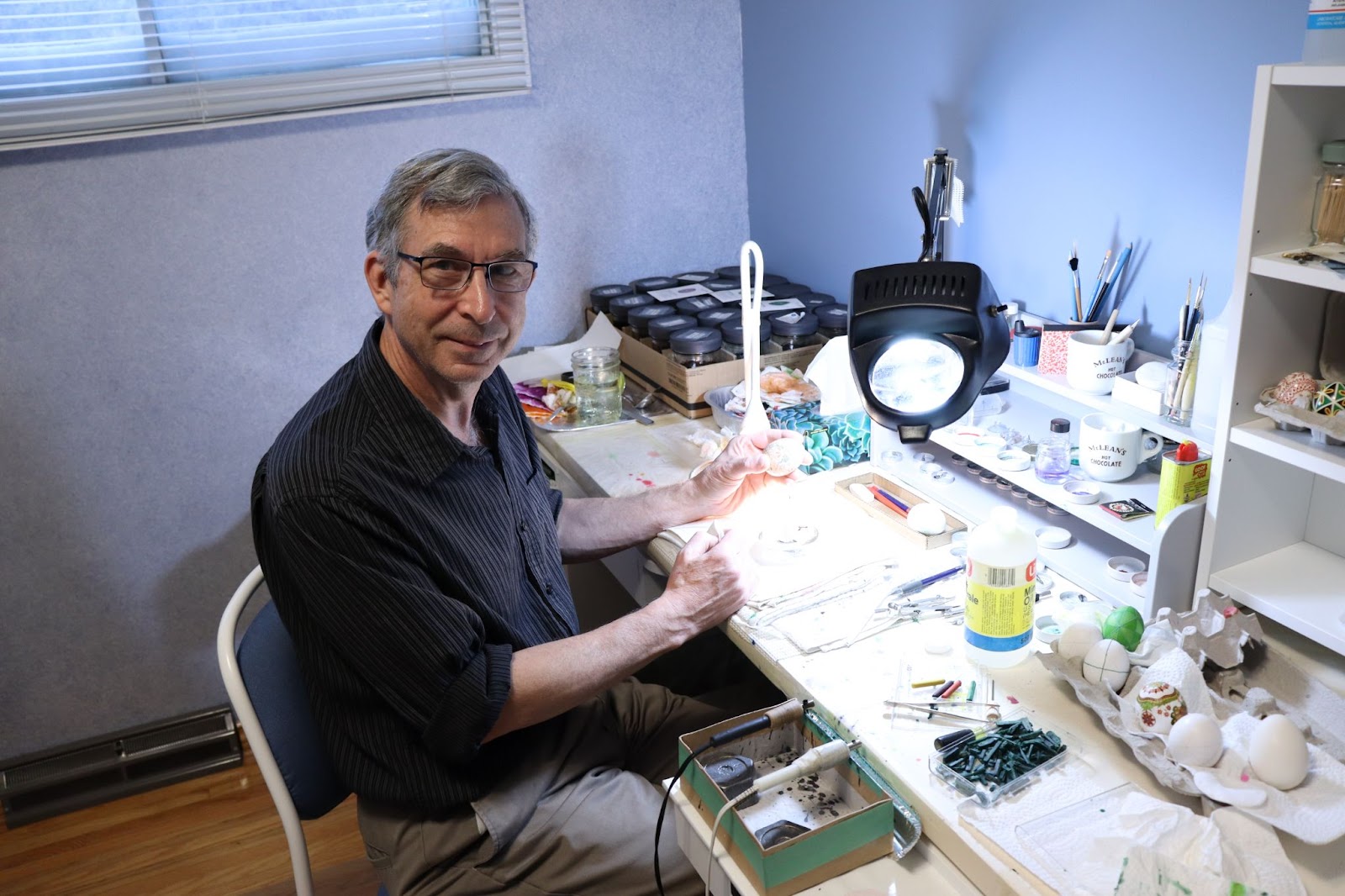 Peter Czehryn in his workshop, where his eggs are painted./CARSON FIJAL

Noah Penner, a culinary design student at RRC Polytech, said the fundraiser is an interesting example of how to apply one’s skills in an unconventional way.

“It’s really fascinating,” Penner said. “Nobody goes to school to paint eggs, but he tied what he learned at the college to one of his own interests and he’s using it to do some good for people.”

Czehryn said it is important for artists to give back to the community because art is a means of bringing people together.

“A museum will do that, an exhibition will do that, just the idea that something can represent one thing to someone, and anyone else may take something else from it,” Czehryn said. “That’s why it can involve so many kinds of people. It’s part of our human makeup.”

The auction for the eggs are underway and are being promoted on the Egg Art by Peter Instagram and Facebook pages.

Through a decolonizing lens