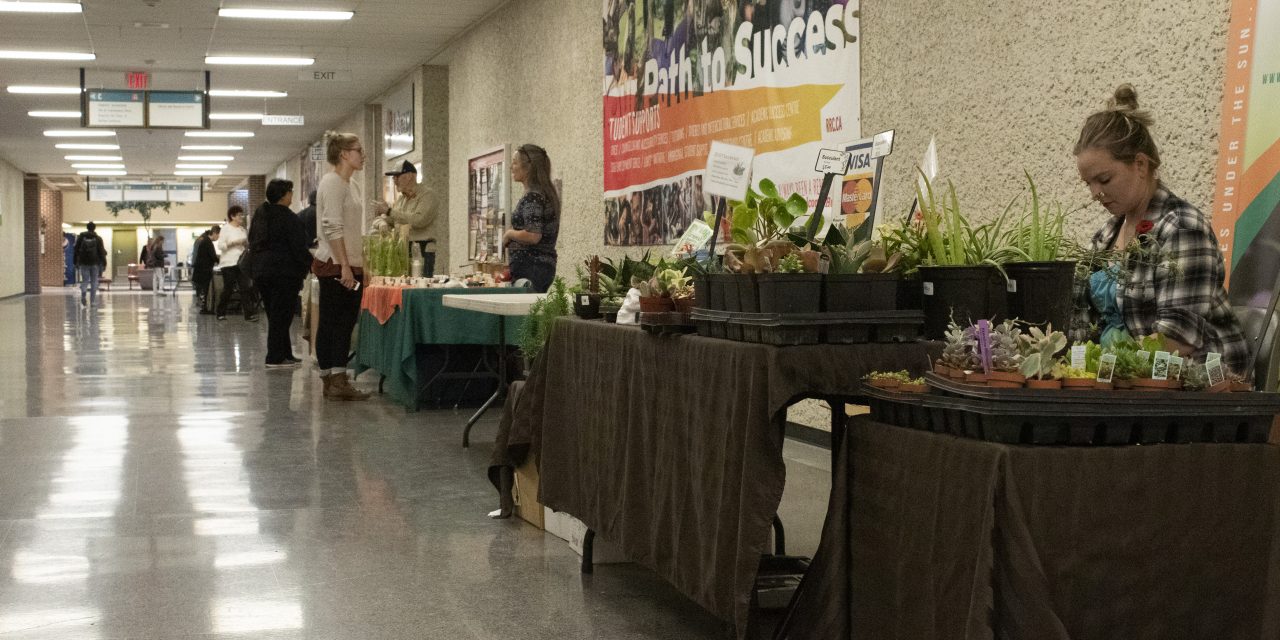 The Red River College Students’ Association has run the event in conjunction with Winnipeg Harvest over the last five years.

This year Michel Allard, Instructor for the Community Economic Development program, saw an opportunity to include his students as a practical fundraising experience where they previously only learned the theory. 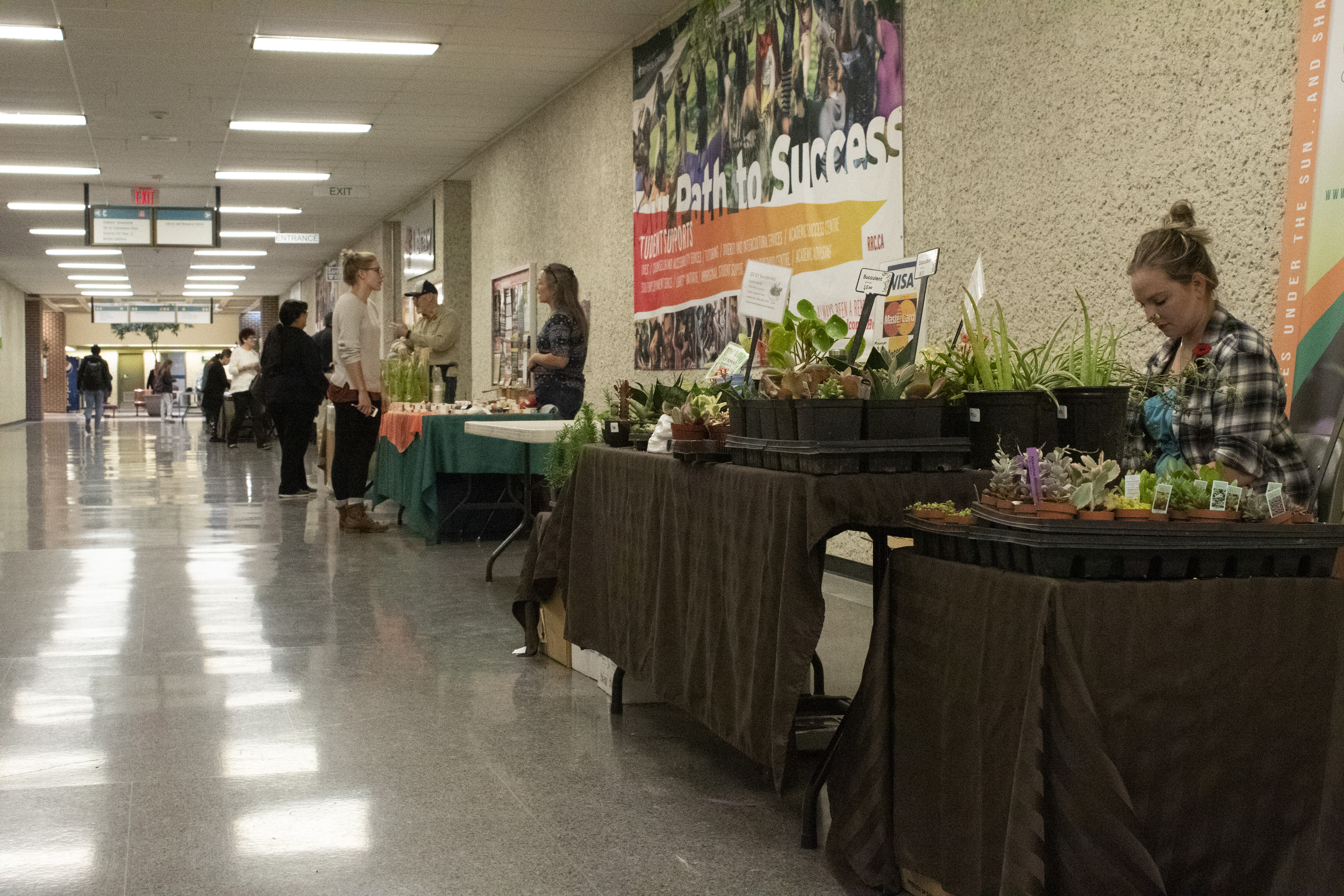 Local Vendors display and sell their merchandise in support of the Starving for your Support fundraiser at the Red River College Notre Dame Campus. Winnipeg 2018/BILL HRENCHUK

“I started the [fundraising] course last year but I didn’t have the experience and content,” said Allard. “This year we felt more comfortable that we could do an actual fundraiser for the Food Bank at Red River College.”

Allard approached the Students’ Association to ask if they were willing to collaborate on an event and they agreed.

Bailey said the hands-on training is the key to future success in the field and credits the community-oriented students for the amount of money and food that was donated.

“We knew that it would pull in support because, in Winnipeg, there is a high sense of community,” said Bailey. “It’s meeting and exceeding our expectations.” 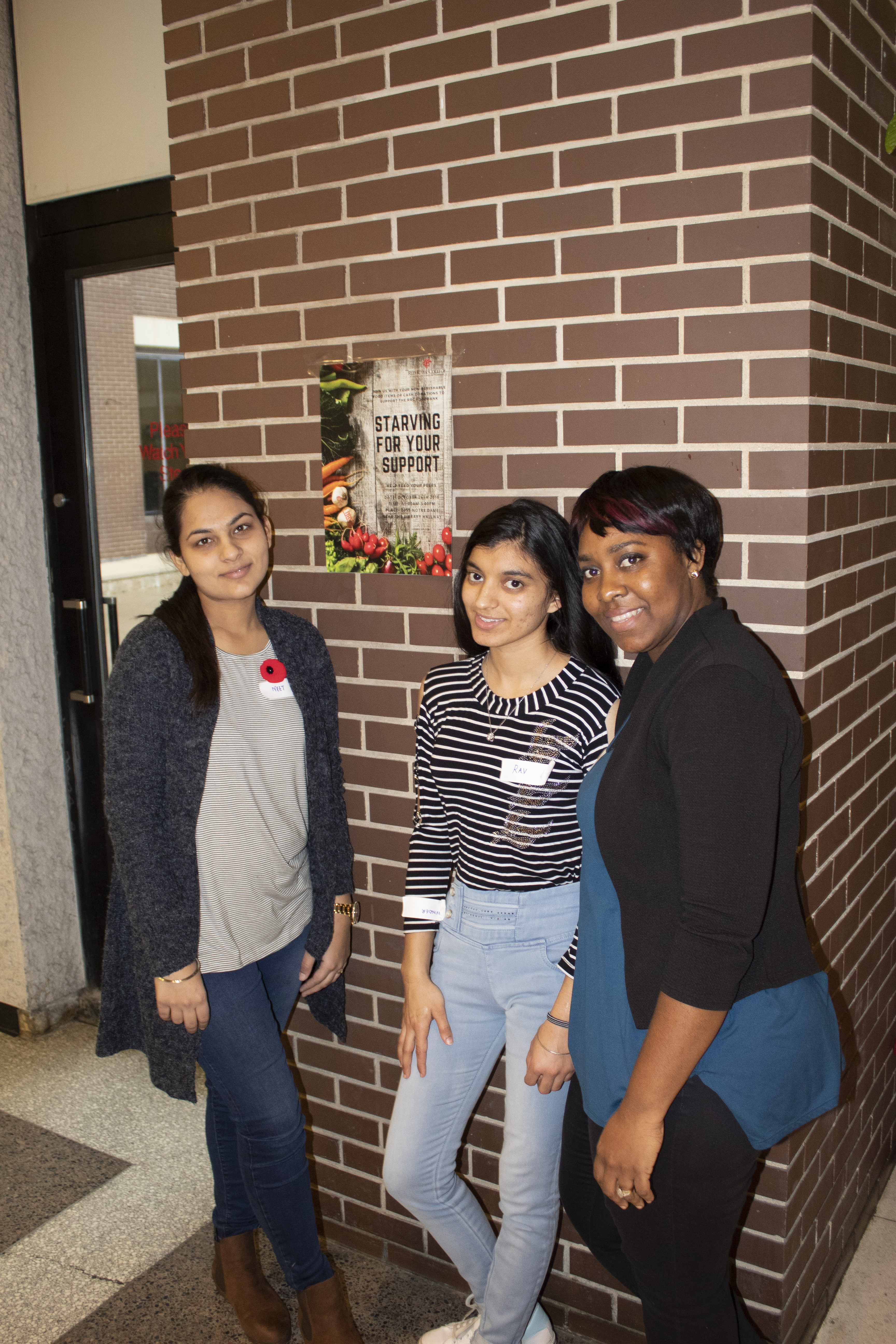 (from left) Avneet Kaur, Ravinder Kaur, and Deborah Bailey, Red River College Community Economic Development students, stand next to their Starving for your Support poster, just one of the ways they promoted their fundraiser. Winnipeg 2018/BILL HRENCHUK

Studies have shown that 40 per cent of post-secondary students in Canada find themselves food insecure. With more than half of the students studying full-time, some struggle to work enough hours to afford nutritious food.

“A lot of our classes have international students who are facing many monetary barriers,” said Marlee Olafson, first-year Community Economic Development student.

Olafson said the course is about learning how to improve the community and solve issues that they are facing.

“This is one way we can alleviate that stress from them,” said Olafson.

Trying to raise $1,000, the students organized carnival-style games, a silent auction, a 50/50 draw and an indoor market with several local vendors to support the Community Economic Development students’ initiative. 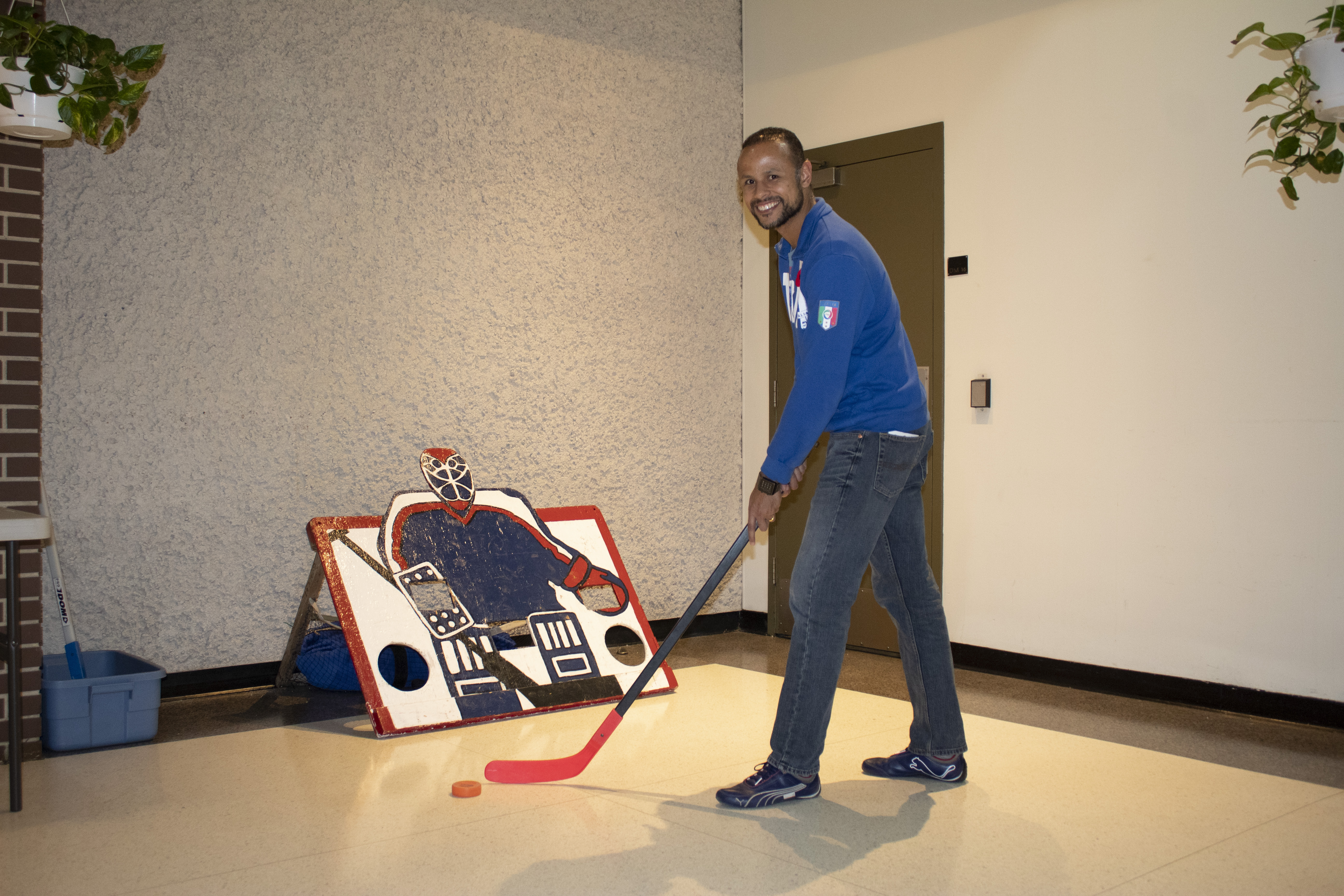 Marcio Neri, Community Economic Development student at Red River College Notre Dame Campus, demonstrates one of the games set up for the Starving for your Support fundraiser. Winnipeg 2018/BILL HRENCHUK

Olafson said the colleagues, instructors, and employees had an additional incentive to donate. Paul Vogt, President and CEO of Red River College, agreed to die his hair “Rebel Red” if the students could raise more than their $1,000 target.

“I was in charge of all the funds, so I have a decent idea of how much we’ve made,” said Olafson, who was certain they had exceeded their goal.

The students managed to surpass their target by $500, raising a total of $1502. The date and time for the hair-dyeing was confirmed for Monday, November 5 at 11:30 a.m.