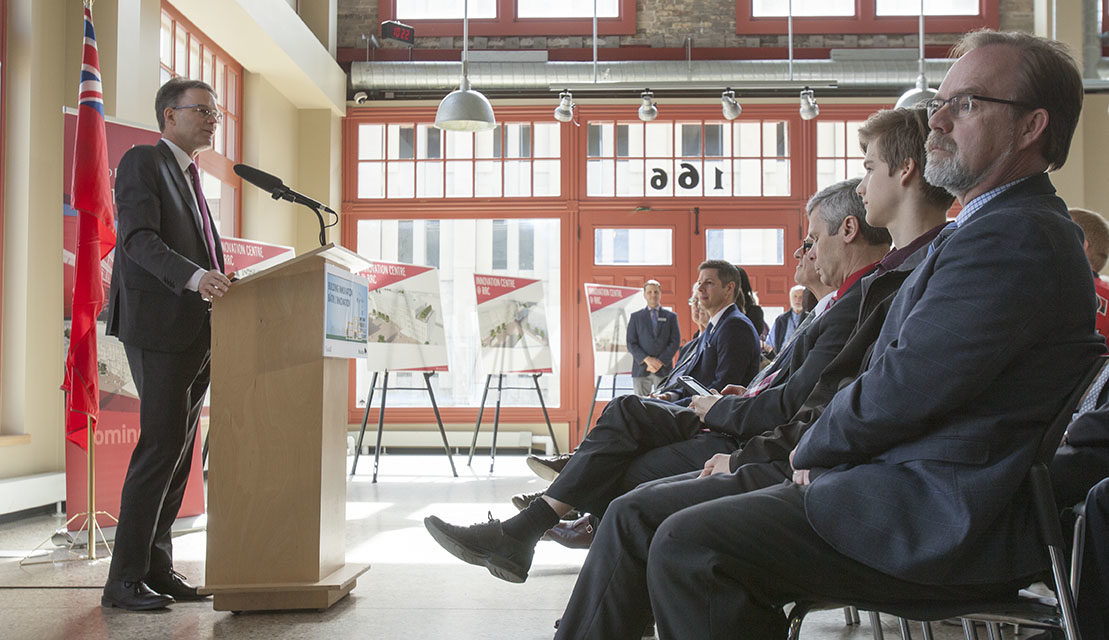 Red River students at the Roblin Campus can expect innovative changes over the next few years.

A new 100,000 square foot space in the Exchange District — The Innovation Centre — will be a multidisciplinary space where students can work with industry partners on commercial projects for both start-ups and small-to-medium enterprises.

Simply put, RRC students will have a new space to develop work skills alongside industry professionals — thanks to funding from the federal government and a loan from the province. 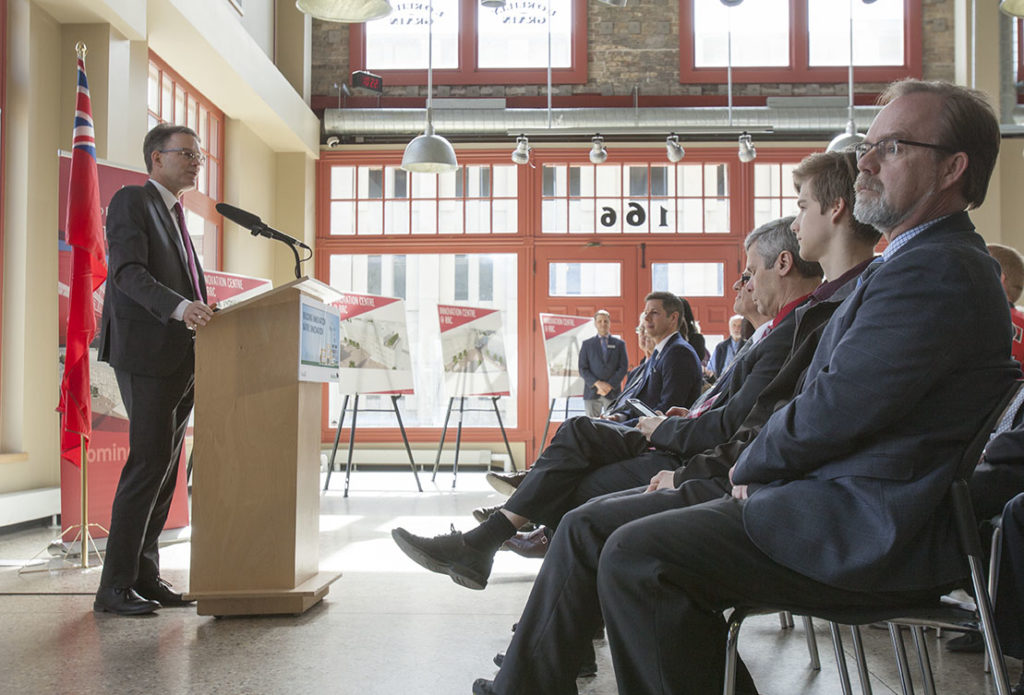 RRC president and CEO Paul Vogt addresses the crowd at the announcement of the new centre at the Roblin Campus today, while Mayor Brian Bowman happily watches./THE PROJECTOR Erik Pindera

With support of government and the private sector, RRC will develop the Innovation Centre on Elgin Street, on the current site of the Metro Motors and Scott Fruit Buildings. The new facility will bring in up to 1,200 more students and staff to the Exchange District Campuses.

“The impact (of the centre) on students will be felt for decades to come,” said RRC president Paul Vogt.

The new centre will impact RRC students and staff — and the surrounding area. RRC is continuing with its revitalization efforts in the Exchange District, providing employment and public spaces for area residents.

Mayor Bowman agrees, thanking the college for its efforts in revitalizing the Exchange District and Winnipeg’s Downtown.

“The ripple effect (of the new centre) in the Exchange and Winnipeg will be felt far and wide, extending past the Perimeter Highway,” said Mayor Bowman.

The buildings that now make up the Roblin Centre stood empty for many years. The PGI building stood empty for 17 years before RRC renovated it and opened the Paterson GlobalFoods Institute three years ago.

No RRC students will be affected by the construction. Programs at the Exchange District Campuses will continue as normal.

The Projector will cover this story as it develops. 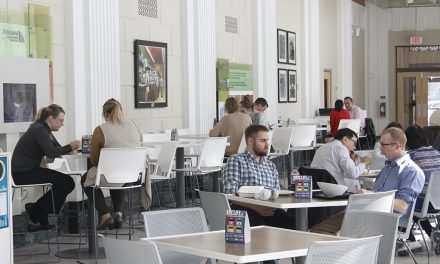