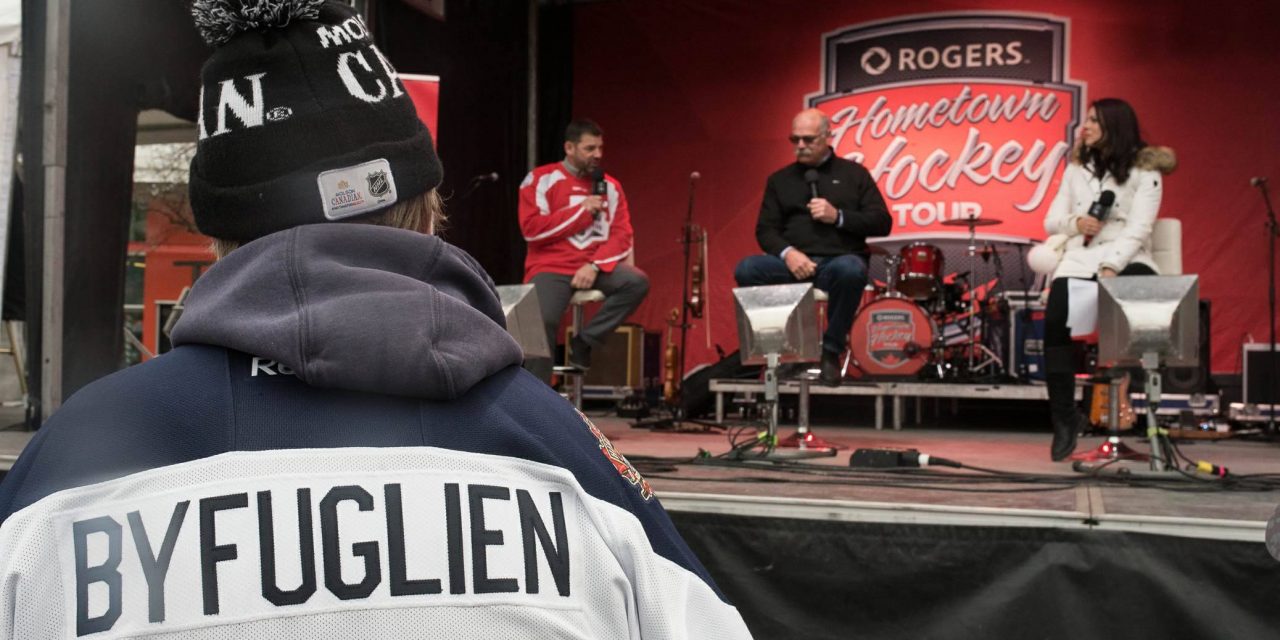 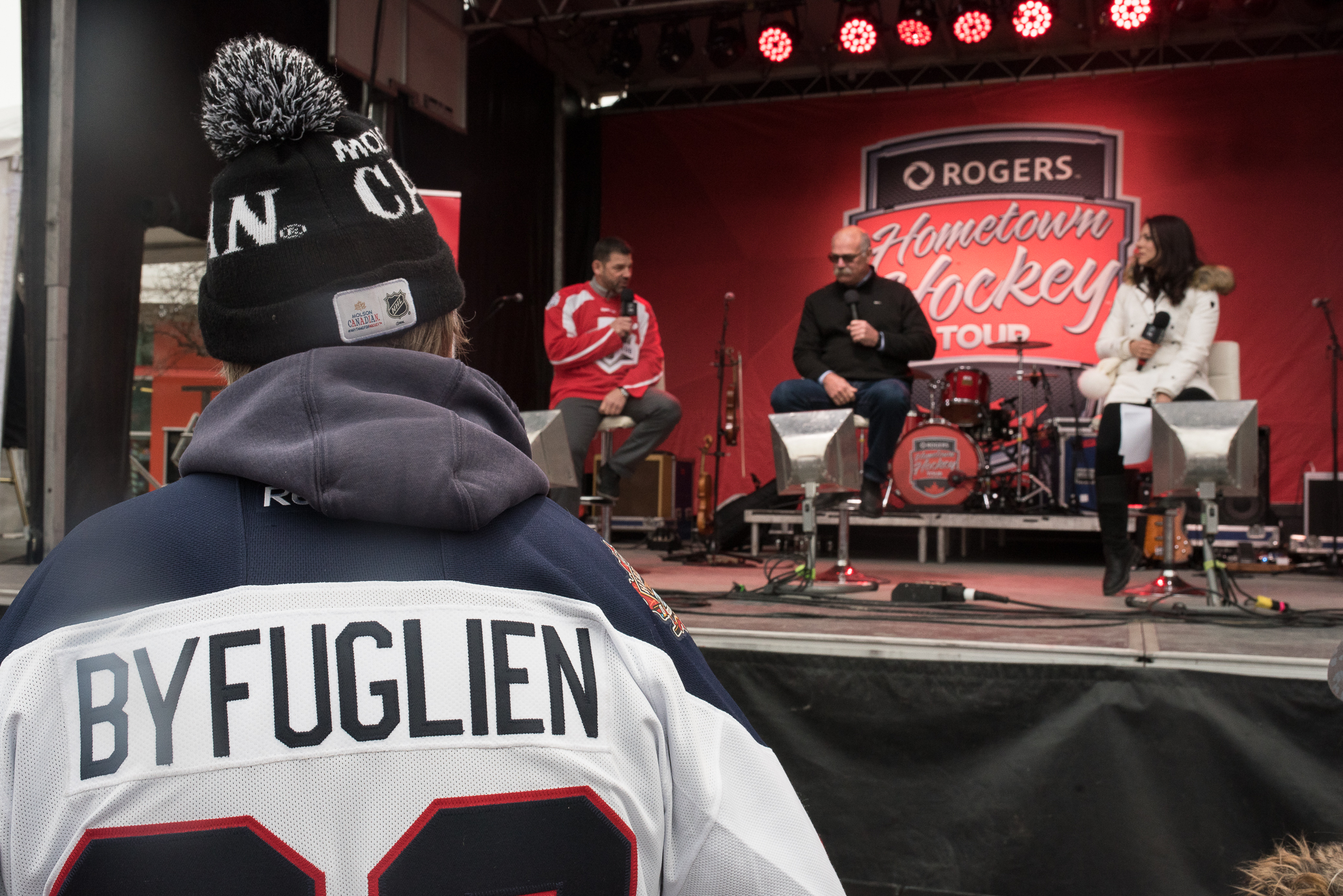 Kris King (left), Paul MacLean (middle) and Tara Slone speak on the Scotiabank Hotstove at the Rogers Hometown Hockey Tour at The Forks in Winnipeg, MB on Dec. 3, 2017 / SPENCER BROESKY

Winnipeg hockey fans brought their puck handling skills to the concrete this weekend in search of a game-winning goal. The Rogers Hometown Hockey tour made its ninth of twenty-fourth stop at The Forks on Saturday and Sunday, drawing crowds from the hockey community around Manitoba.

Sportsnet hosts Ron MacLean and Tara Slone were the familiar faces hosting the festival and interviewing players, such as: Kris King who played for the Winnipeg Jets from 1992 to 1996, and Paul MacLean – a former NHL coach and player. From a Mark Scheifele appearance to live music and free pizza, the Rogers Hometown Hockey tour provided a fun experience for hockey fans in Winnipeg.

A dream road-hockey rink was set up for kids to show off their dangles and slap shots to, “right where grandma keeps the cookies,” said a young hockey fanatic, referring to a goal in a high corner of the net. The young hockey player wore a Winnipeg Jets jersey covered in autographs.

“Jets games are pretty expensive to go to, so events like this are a nice alternative for letting my kids experience hockey,” said Sam Thompson, 35. Thompson attended the event on Sunday with his two young daughters.

For Thompson, it’s important that his daughters are able to go to events like the Rogers Hometown Hockey tour. Even though they may not stay long, he said it’s an excellent opportunity to show his daughters the unity that comes with the game of hockey.

The Jet’s affiliate team, Manitoba Moose, sent some players over to play street hockey. Kevin Dola, 53, doesn’t have any kids of his own, but he watched the Moose players faceoff against the young fans. Dola said that it was awesome to see these professional hockey players taking time out of their busy schedule to spend a few hours playing with the kids.

“Since the Jets made their return I really think that it’s brought people together from all walks of life. Jets are our pride and joy, baby!” said Dola.

The Rogers Hometown Hockey Tour’s next stop is Surrey, BC. Dola thinks that it’s great that large companies like Rogers and Sportsnet recognize hockey’s communities across the country. He, along with many other Winnipeggers look forward to their visit next year. 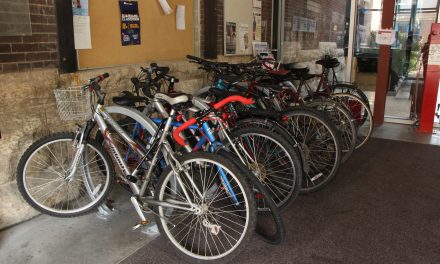