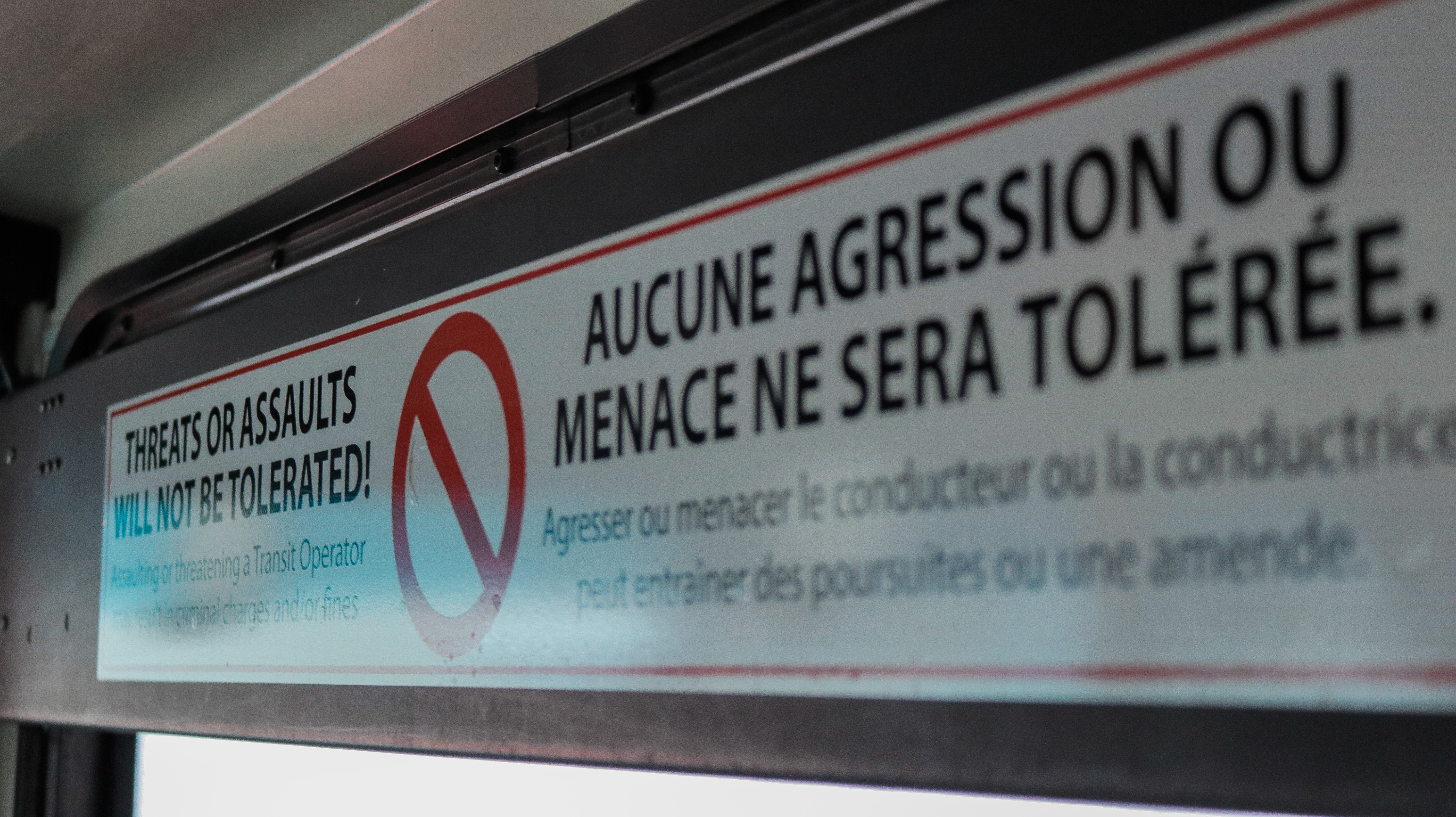 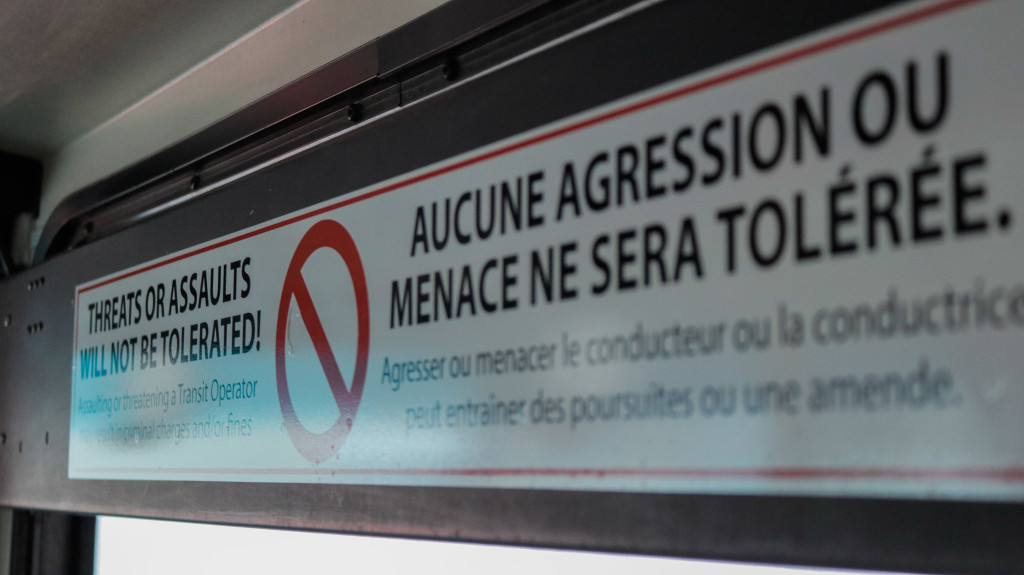 In a city where timing out a bus ride is risky, Gage Nolan said he’s felt his safety put at risk, too.

“I’ve seen people yelling at each other, and people being forced off the bus,” said Nolan, an RRC electrical engineering student. “One time [an incident] was at a bus stop, and the security came on the bus and pulled the guy off.”

In response to complaints and fears like Nolan’s, Winnipeg Transit has begun a new safety initiative.

Winnipeg Transit’s Transit Code of Conduct aims to make bussing safer for riders and drivers. The code is part of an initiative to educate transit users on appropriate behaviours while riding the bus. The initiative includes stickers and signs on buses, at stops and service centres.

“It seems like people don’t really listen to the bus driver as it is,” said Nolan. “Hopefully [the code] will get people to stop, but I don’t know if people will actually listen.”

Instead, Nolan suggested installing more visible cameras on buses to discourage bad behaviour. He said this would be a better way of keeping riders accountable for their actions.

James Santiago, another RRC electrical engineering student, said he agrees with Nolan. He said that way, security would catch a break.

“The security guards wouldn’t have to be there all the time, but just checking back periodically,” said Santiago.

On Jan. 18, Winnipeg Transit installed signs on buses that read “Threats or assaults will not be tolerated.” The signs list fines and criminal charges as possible repercussions.

“The goal of this public education campaign is to improve the safety and security of Transit employees and customers,” Winnipeg transit director Dave Wardrop said in a press release. “We are committed to the delivery of affordable, reliable and safe transit service for Winnipeggers and visitors to our city.”

The campaign is an extension of the 2014 bylaw that aimed to curb bad bus behaviour. It listed many of the points now listed in the code of conduct. Even though the bylaw is public information, the rules posted in and around transit is meant to make users more aware of how to act on the bus.

Despite the stickers, Nolan said he thinks the new campaign could be more about media attention than about truly improving safety.

“It’s kind of like going through the motions,” he said. 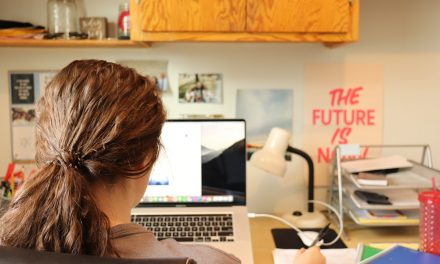 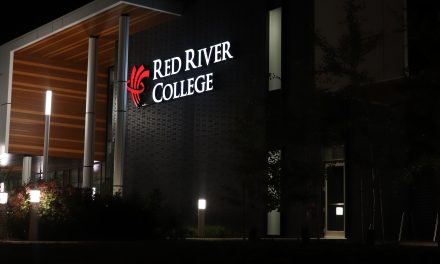 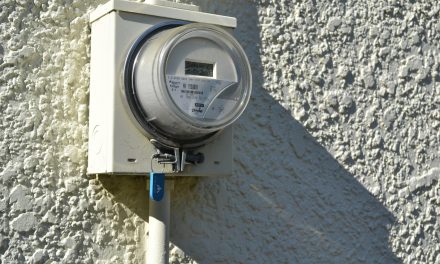