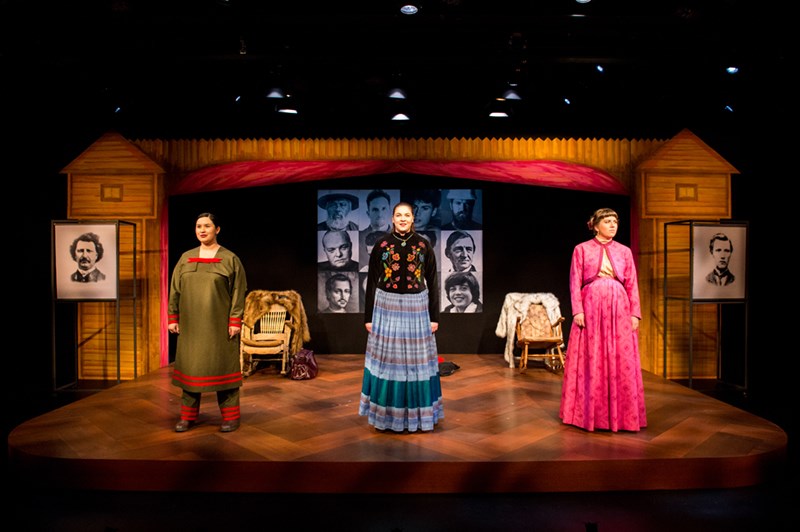 When I saw Manitoba Theatre Centre was producing a play about the fur trade era in Manitoba, I was very excited. As a former employee at Lower Fort Garry National Historic Site, I felt like I knew quite a bit about this period, and I was excited to see the stories I told at work come to life.

After seeing Women of the Fur Trade, though, I realized I still have a lot to learn.

Women of the Fur Trade, written by Winnipeg Free Press Arts reporter Frances Koncan, packs a lot into the 90-minute show, which leaves the audience with a lot to think about – especially about how far we’ve come as a country, and how far we still have to go.

The show features three women living in an unspecified fort in the Red River area during the fur trade era: Marie-Angelique (played by Kathleen MacLean) is a Métis woman who has spent her life in the fort, Eugenia (played by Kelsey Kanatan Wavey) is an Indigenous woman who can leave the fort to hunt and trap when she chooses to, and Cecilia (Elizabeth Whitbread) is a settler who lives at the fort while her husband is out working.

This unlikely trio of friends drink tea, write letters, and talk about their beliefs and values as tensions rise during the Red River Rebellion. A lot of these mirror current issues like the Wet’suwet’en protests, and the production makes sure you connect the dots.

The difference between this play and a history lesson reflecting on our country’s current situation? The characters all speak and act like they’re teens living in 2020.

For example, Marie-Angelique is Louis Riel’s biggest fangirl (she literally wears a t-shirt with his face on it and says he’s malnourished in “a starving artist sort of way”), Riel declares he doesn’t believe in astrology, and Eugenia yells “Stop your bitchin’ and start miigwitchin’.”

If you want to get the full experience of the show, you can check out the Manitoba Museum’s Pre-Theatre Tour and see collections of the Hudson’s Bay Company to learn about the lives of women like Marie-Angelique, Eugenia and Cecilia. You can find more information about the tour here: https://manitobamuseum.ca/main/event/women-of-the-fur-trade-pre-theatre-tour/2020-03-14/.

Women of the Fur Trade runs until March 14, 2020, and you can get tickets here: https://royalmtc.ca/Current-Plays/Women-of-the-Fur-Trade.aspx. 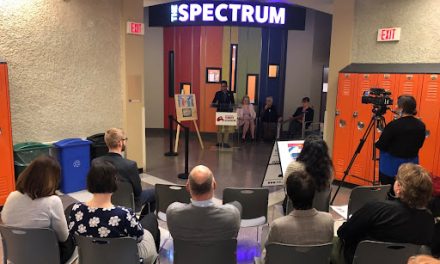 2SLGBTQA* safe space The Spectrum open to all students