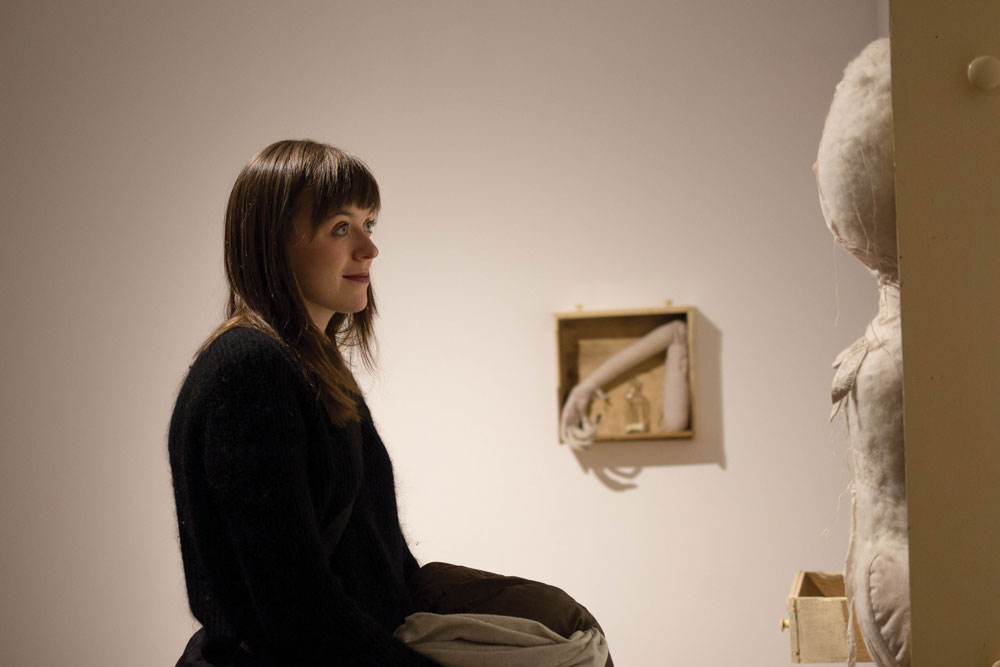 Victoria King experiences one of the pieces in MAWA’s Foundation Mentorship art exhibit, “The Body Knows What It Holds”, at aceartinc. on January 6, 2016. THE PROJECTOR/ Jennifer Doerksen

Mentoring Artists for Women’s Art finished their Foundation Mentorship program for this year with an exhibition called The Body Knows What It Holds.

The mentorship program is a yearlong arts mentorship where eight emerging artists work with four established mentors to complete a certain project, create a body of work, or simply reach a specific goal.

“It’s a really amazing way to work with professional artists and emerging artists in a context outside of school,” said Natalie Baird, who completed the program and exhibited her pieces. “A lot of women who are part of it come from different backgrounds. Some are young, some are mothers, some have worked a professional career, and some have Masters of Fine Arts.” 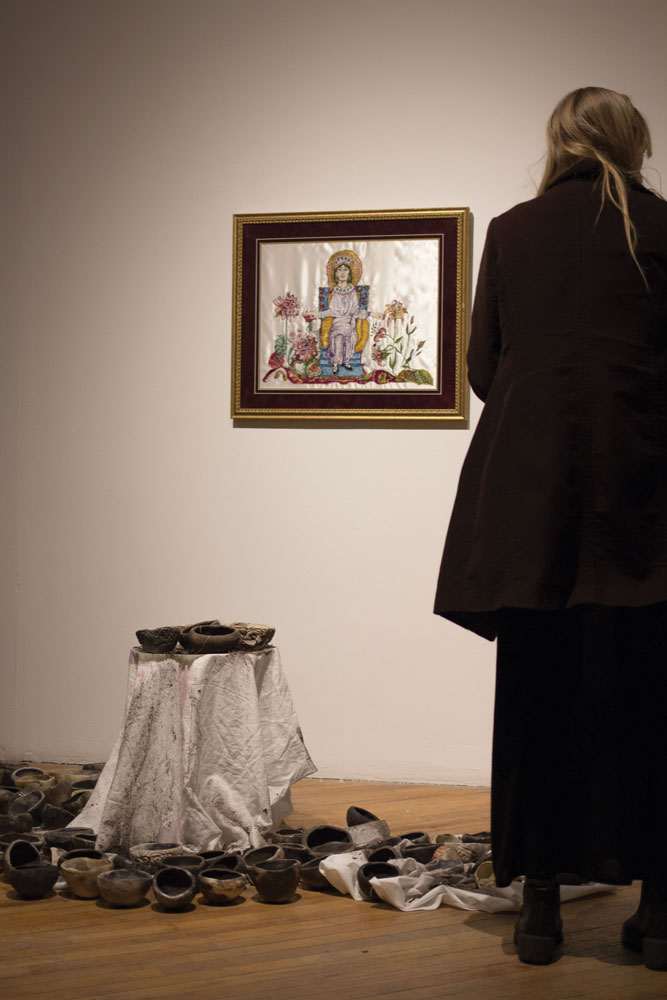 Tracey Fehr’s piece, “Hestia,” inspired by the Egyptian goddess of the hearth and home at MAWA’s Foundation Mentorship art exhibit, “The Body Know What It holds,” at aceartinc. On January 6, 2016. THE PROJECTOR/ Jennifer Doerksen

“It’s super diverse, and I feel like that’s a really rich learning environment,” she added.

Each year, participants have the option to exhibit their work after finishing the program. This year, they asked mentor Natalia Lebedinskaia to curate a gallery.

“She was able to take their strongest works and install them in such a way that it is a cohesive show,” MAWA co-executive director Shawna Dempsey said. “I’m really impressed.”

The artists work on individual projects throughout the year.

“Visits is about visiting my dad, who lives in care, and thinking about creating new languages of communication and expression,” she said.

“He has dementia and Parkinson’s, so he doesn’t always know who I am or what’s going on. I was interested in moments of lucidity, trying to tease out those moments, and finding new ways to communicate,” she said.

The video consisted of close-ups of Baird’s father’s face, hands, and motions. Baird would set up the camera and let it run while she visited her father in his care home over the past two years.

“I found the camera wound up being a vehicle for communication,” she said.

Her piece covered a corner of the aceart space. Other pieces included a video installation coupled with a small pile of crochet rocks in the middle of the floor that dealt with indigenous issues, a sizable beaded wall hanging, sculpture installations, and an audio and visual art piece.

Tracey Fehr exhibited a mixed sculpture and visual piece that included a portrait of a royal-looking woman and a stand covered with clay pots.

Fehr applied for the program after finishing a degree in her early 50’s.

“Once I finished, I thought I’d like to take part in this program. It’s been very good in supporting women artists. But I also felt I needed to go complete some stuff,” she said.

Her goal was to finish a body of work, and she has continued since the program ended.

“I’m pretty much working half time on my art practice and the other half time trying to support myself and my family,” she said.

The exhibition is moving to the Art Gallery of Southwestern Manitoba in Brandon come February.

MAWA is a non-profit association out of Winnipeg’s inner-city that provides opportunities and support for women in the arts community. 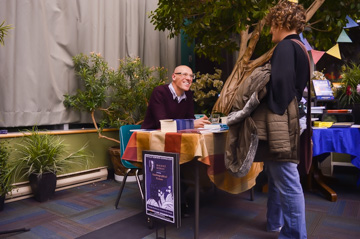