The Red River College women’s basketball team had just five active players and a 3-3 record at the Christmas break. It seemed their streak of five Manitoba Colleges Athletic Conference championships in a row wasn’t going to reach six.

But the Rebels added three key players to the roster during the break and quickly turned their season around. The team only lost one game in the second half of the season. They finished the year by doing what had earlier seemed unlikely—capturing the program’s sixth consecutive championship banner. And they did it by defeating the number one seed, the Canadian Mennonite University (CMU) Blazers, 68-57 in the finals.

The key to victory for the Rebels was their three-point shooting, rebounding, and defence. RRC made nine three-pointers to CMU’s one, outrebounded the Blazers 49-41, and forced 23 turnovers.

“We were able to get key stops against players that normally hit 3s for them,” said Rebels head coach Jae Pangilinan. “We played better defence, and in the end we hit some key buckets that gave us momentum in crucial times in the game.”

Pangilinan, who has led RRC to a championship in all six seasons as the team’s head coach, says winning the 2017 title was a surprise.

“We didn’t start the season well, so [winning the championship] wasn’t one of our original goals,” said Pangilinan. “It was unexpected, but we’ll take it.”

Pangilinan says repeating as champs gets harder every season because the team always has a target on their back. He says good coaching, great athletes, and a bit of luck are the reasons why the Rebels have been so successful during his tenure.

“The luck part of it is the one that’s uncontrolled,” said Pangilinan. “You can only control two out of the three and you have to hope that is enough.”

Pangilinan says adding three players to the roster during the break was a big reason for the team’s turnaround, but he initially didn’t know if it would be enough to save their season.

“It’s very late to add new people to your system,” said Pangilinan. “With such limited time and games to try new things and try to incorporate everybody, it’s really tough.”

Raven Boulanger was one of the three players added to the team during the break. The small forward, who was on the 2016 championship team, missed the first half of the season because she was in Africa for an internship. Boulanger, the 23-year-old community development student, led the Rebels with 20 points and added five rebounds in the championship game.

“CMU put up a great fight, they’re a really good team,” said Boulanger. “When it came down to it, we just wanted it more.”

“I’ve been coached by a lot of people but Jae has been the best coach by far. He pushes you individually to be the best that you can be,” said Boulanger. “His coaching style is really intense, but it works. He’s made me the player that I am.”

With the sixth title, Pangilinan is building an impressive resume. He said if another coaching job came up, he would listen, but it would be difficult to walk away from an opportunity to win a seventh title in a row.

Although the RRC women’s team was able to keep their championship streak alive, the men’s team was not. The Rebels men’s basketball team fell short of winning their ninth MCAC championship in a row as they lost in the finals to CMU 77-68. 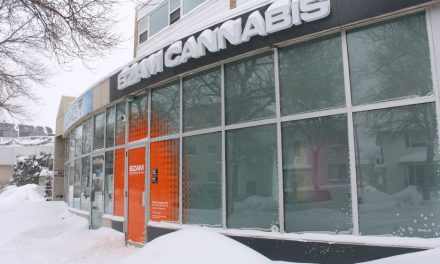