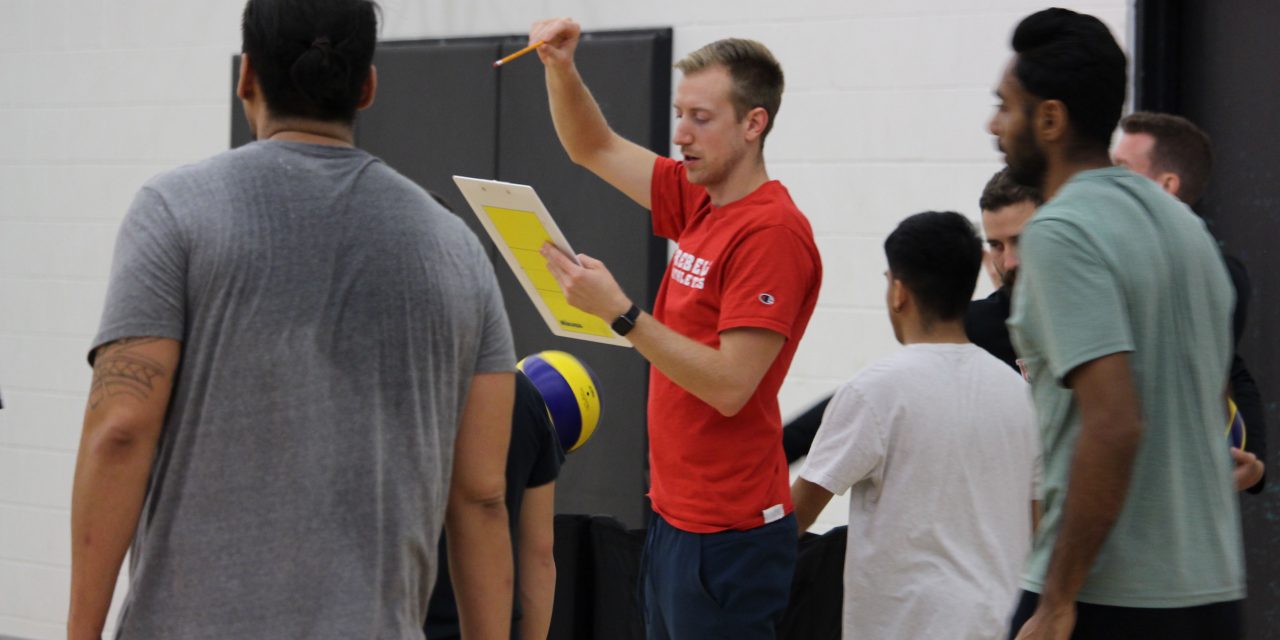 To call this season a disaster for the Red River College Rebels men’s volleyball team would be an understatement.

No one who know the Rebels team from last year thought this year’s squad would rise out of the league basement, especially with a new head coach and a number of big roster losses — including 2019 MCAC league MVP Josh Goossen.

But no one expected this.

There was progress expected from a team that only won two games last season. A hope for a more balance attack, stout defending to replace Goossen’s monstrous kill production, and even an outside dream of a playoff run.

Instead, the team sits in dead last once again, but with an even worse record of 0-13. The Rebels have only won two sets this season, 18 less than the next worse team (USB Les Rouges). They have less set wins than Les Rouges have match wins, and their 3-0 loss to USB on Friday has all but officially eliminated the Rebels from the playoffs almost a month before playoffs serve off.

There is not just one factor to point to, or a single issue to point to for why the team is continuing to struggle this year.

The Rebels have no star power and lack the depth and chemistry to counter that deficiency. They aren’t good enough to roll with the powerhouses in the MCAC and can hardly put up a fight against middle of the pack teams either.

It’s unfortunate, but this Rebels season can already be written off. However, that doesn’t need to be a bad thing.

The Rebels can use these games, where they will have no pressure to perform, to build towards the future. First-year head coach Chris Voth can hammer his systems and culture into his team to make sure the returning players for next season are ready to go and begin scouting early for the next Rebel star.

In a league like the MCAC, player turnover can sometimes be rapidly fast. Some college programs take just two years to complete, so the next Goossen could walk through the RRC gym doors at any moment.

For the rest of the men’s volleyball season, however, the writing is on the wall, and it’s written the Rebels out of the playoffs in the MCAC’s basement for the second year running.