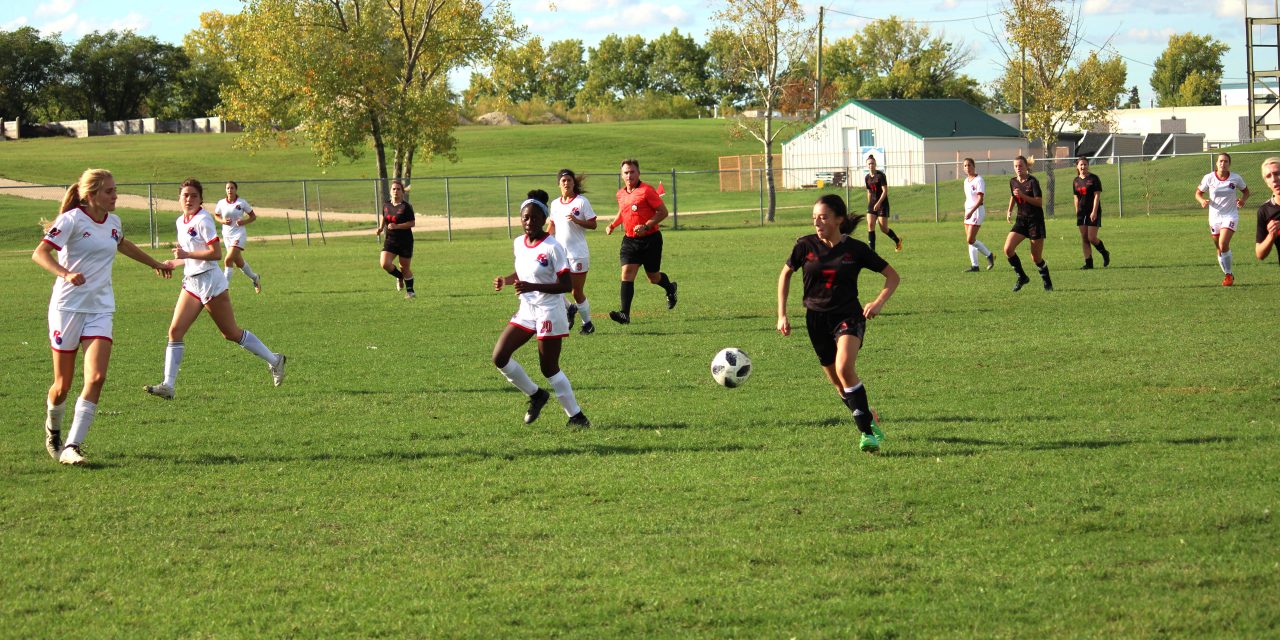 Despite being held off the scoresheet, RRC put eight shots on goal, one fewer than USB. The Rebels also received 16 free kicks compared to the Les Rouges’ four.

USB took an early lead when Mohamed Bezzahou took matters into his own hands and drove a strike from the top of the Rebels’ box into the back of their net.

Fifteen minutes later, Phillip St. Cyr capitalized on a Rebels defensive breakdown, scoring on a two-on-zero breakaway to put the Les Rouges up 2-0. Mrena argued the play was offside but didn’t get the benefit of the doubt.

Things got feisty in the 38th minute when first-year RRC striker Diego Sanchez received a yellow card for shoving a USB player.

“I got frustrated in the moment,” said Sanchez, who Mrena substituted off the field at halftime. “My legs were cramping, and I was angry, so coach told me to calm down and try and work harder next time.”

The Rebels came out strong in the second half but couldn’t find the back of the net. Their aggressive attack led to close chances for Eric Harder and Eduardo Francisco, although they couldn’t solve USB goalkeeper Miguel Petrillo.

“We didn’t ask them to play differently, just to communicate a little more,” said Mrena.

USB added to their lead in the 60th minute when Derek Mains buried his league-leading fourth goal of the season on a penalty kick. Mains’ tally ended the RRC surge and gave USB a 3-0 win.

“It was a tough break today, five of our back six guys have never played together and we had a goalie who was playing his first game,” said Mrena.

The team will travel to Brandon next Saturday to face off with the Brandon University Bobcats.

After a draw with the top-ranked USB Les Rouges, Rebels women’s soccer head coach Douglas Lawrie was proud of his team’s play.

Coming into Sunday, USB was averaging four goals per game but were held scoreless against the Rebels thanks to goalkeeper Abigail Wilson’s performance.

Wilson turned aside all ten shots from USB, while RRC could only put three shots on target throughout the match.

“When they got balls through, she [Wilson] got off her line quickly and cleaned up anything,” said Lawrie. “We got a huge game by our goalie and it gave our players a chance to dig deep and earn a really important point.”

RRC didn’t generate much offence, but when they did it was mostly due to the effort of Jessica Da Silva and Jessica Gzebb .

With time running out in the first half, Gzebb rang a deep shot directly off the crossbar to keep things scoreless after one half.

“We lack bench depth, and we really didn’t have that jump to get some offence today,” said Lawrie. “Especially in the second half, we’ve been working on our team fitness but it isn’t where it needs to be yet””

USB started out the second half strong, leading to a partial breakaway for Les Rouges defender Frédérike Soucy in the 60th minute. Soucy connected on a drive that beat Wilson but stayed out of the net after clanging off the right post.

The Les Rouges kept the pressure on late and nearly got rewarded in the 86th minute.

A wild scramble put Wilson out of her net and a swarm of USB players pounced on the ball only for it to be driven wide of the goal.

The match ended in a scoreless draw minutes later.

The Rebels are travelling to Brandon next Saturday for their first official road game after Saturday’s game at Providence University College was rained out.

Lawrie hopes to improve his team’s stamina for next weekend.

“I think we’ll be fine and start controlling the play more if we can gradually improve our fitness along the season,” said Lawrie.

RRC’s women’s soccer team has yet to lose through two games, holding a 1-1-0 record. 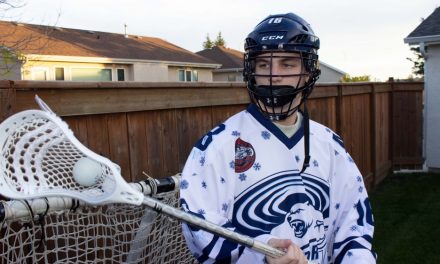 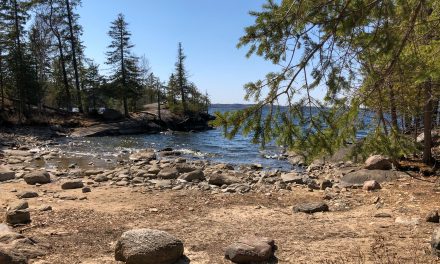