Dave Gagnon performing his first show with “Chev” at the Handsome Daughter on November 24 as part of Real Love Thursdays. THE PROJECTOR/ Jen Doekersen

Winnipeg is known for its strong arts culture, and in the past couple years, Real Love Winnipeg has brought indie music to the forefront by booking local shows, bringing in touring bands, hosting an annual festival, and releasing compilation albums.

Real Love Winnipeg is a small company of two. Gilad Carroll and Adam Soloway started the label as a way of releasing the first Beach Station Blues album. Now, it has morphed into something much bigger.

“That naturally turned into shows and festivals that we wanted to do. We just recently started branding ourselves as a concert promotion company, which is our next step to being more professional than a DIY record company,” Soloway said.

Last summer, they brought musicians from as far as Amsterdam and Chicago to play Real Love Summer Fest, a small festival held at the Motorsports park just outside of Gimli.

Soloway and Carroll don’t do it alone, though.

“Brian Gluck and Corey Hawkway are always there to help with stuff, but aren’t at the forefront. When it comes to the festival, and Beach Station Blues, they are part of it,” Soloway said.

The Beach Station Blues is a compilation album consisting of local indie talent. Each track features different artistic talent, and the album hosts a range of writing styles overall. They record the album out in Gimli as well, in one weekend each year. 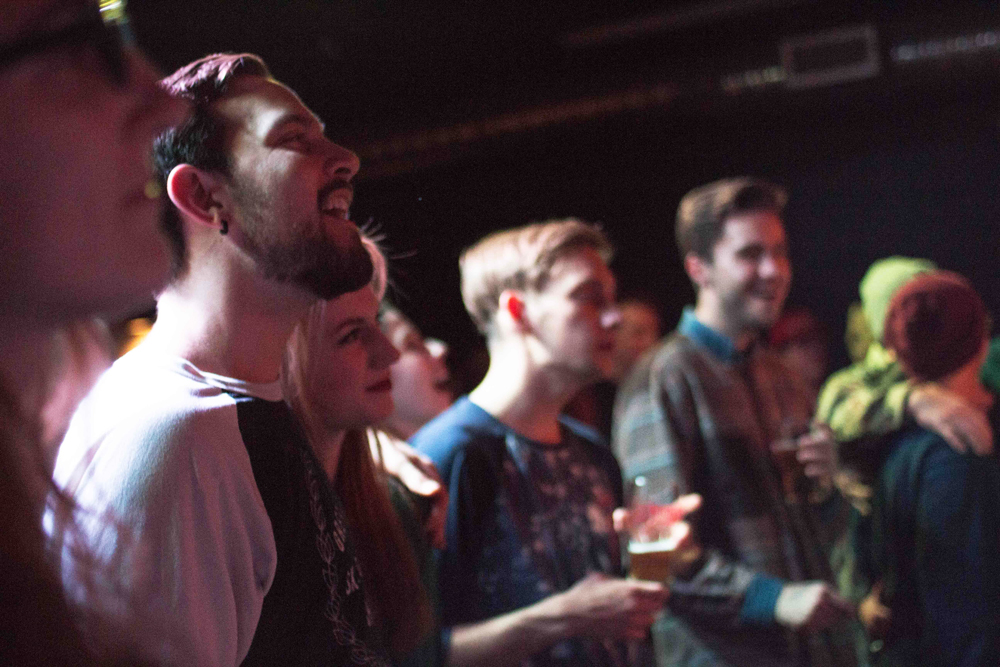 Jordan Wood standing close to the stage for the Beach Station Blues release
show at the Good Will Social Club on November 18./JEN DOERKSEN

Dave Gagnon has played on a Beach Station Blues album, and recently debuted a new band at Real Love Thursdays.

“I think they’re killing it, creating this beautiful scene in Winnipeg for people,” Gagnon said.

The Real Love Thursdays events are a bi-weekly night of music at The Handsome Daughter.

“When they opened, they just trusted us to program good music there every second week,” Soloway said. “Now we consider the Handsome Daughter our home and we can always trust that they’ll give us freedom to do whatever we like, which is nice.”

“I always had song ideas written, but I never really had the songs written,” Gagnon said. “So I was just like, frick this, I’m going to book a show so I have to do it. So I booked a show, there wasn’t even a band yet.”

Gagnon said he’s known Soloway and Carroll for a couple years, first meeting them through playing with Kieran West and his Buffalo Band. He said he’s always respected their work, and is now looking at how they do it and getting more involved.

“I sent Solly (Soloway) an email and was like, ‘Hey man, I have a band for Real Love Thursday, I’d like to play in late November.’ He set it up. So I was like okay, now I have to make a band and finish writing these songs,” Gagnon said.

The pre-existing trust and familiarity in the community helped Gagnon get a show for his brand new band. Soloway said Real Love Winnipeg aspires to build this type of community in Winnipeg.

“Our motto is that we want to get as many cool shows here as we possibly can for a reasonable price, and have good vibes at all of them. And we want to put Winnipeg on the map for agents and touring bands and build a trust for them that they can have good shows in Winnipeg,” Soloway said.

The Handsome Daughter, located at 61 Sherbrook Street, is a key player in supporting the local music community.

“I had known Adam and Gil for a few years prior to when we started to do Real Love Thursday, through playing and promoting shows,” said Mischa Decter, bookings manager for the Handsome Daughter. “The Thursdays are great, they bring in a consistent crowd of people that come to every show they put on, as well as drawing in new crowds that may not normally patronize the bar.” 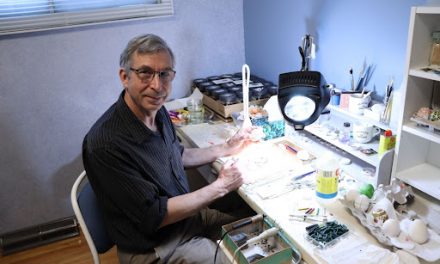