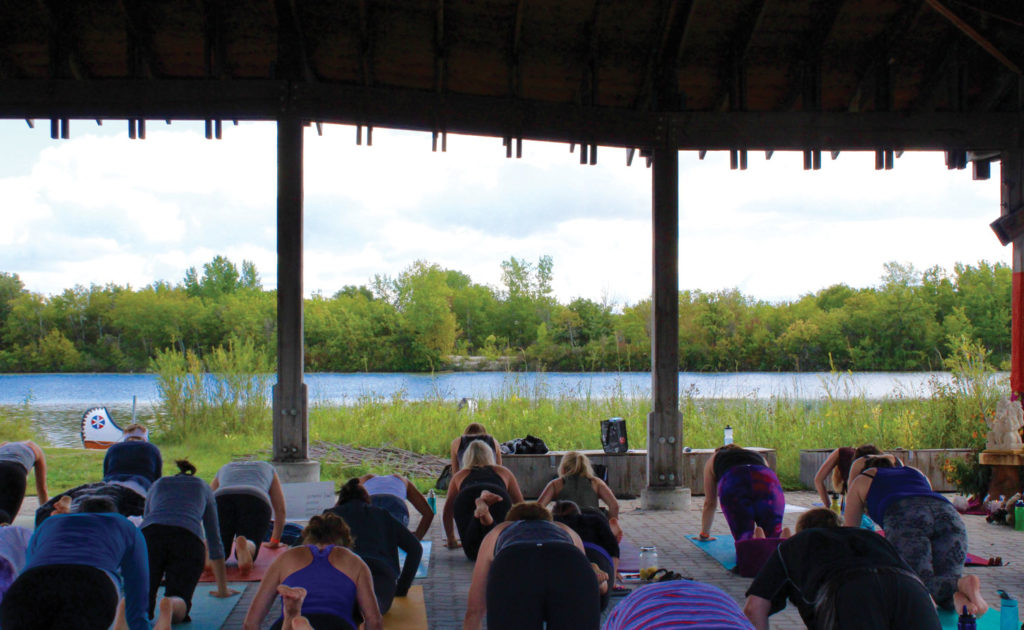 A Red River College grad’s passion project has grown into a popular annual event for yogis. Rachelle Taylor saw about 600 yoga-practisers gather at FortWhyte Alive for her Prairie Love Festival from Sept. 11-12.

Taylor, 32, said that her inspiration for the festival came in 2012 when she was a student in RRC’s Creative Communications program.

Taylor and her classmate, Monique Pantel, began an online publication, Prairie Yogi, for a school independent project, she said.

“[Prairie Yogi magazine] led to an opportunity in 2013 for us to attend the Wanderlust Festival in Colorado and be a part of its blog team,” said Taylor.

Wanderlust inspired the yogis to bring something similar home to the prairies. Pantel and Taylor ended their partnership amicably shortly after the first Prairie Love Festival in 2014. 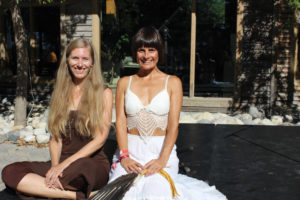 “She had dreams of pursuing photography full time, and I wanted to continue to grow this celebration and more like it for my community,” Taylor said.

And Taylor did grow her celebration.

“The festival has evolved over the past three years from one day with 300 attendees, to two days, 600 yogis and over 20 sponsors and vendors,” she said.

“I appreciate that people are already looking forward to next year’s festival, but today I want everyone to be in the moment,” Taylor said to participants at the opening ceremonies on Sept. 10.

Local yoga teachers, Beth Martens and Nikki Trosky, encouraged yogis to connect with nature and disconnect from their cellphones.

“I woke up Monday feeling refreshed, reconnected to myself and happier than I’ve been in a long time,” said Melissa Nolan, a server at Earls.

Nolan, 22, said it was her second year at the festival. She plans on attending the Snowflake Winter Wellness Festival, another community event created by Taylor, in January.

At this year’s Prairie Love Festival, yogis could attend any of the 70 work- shops offered throughout the weekend. Classes included acro-yoga, introvert flows and yoga photography. 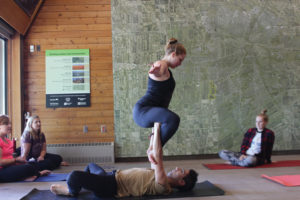 FortWhyte Alive remained open throughout the festival and Taylor offered four free workshops to the public, including a family yoga class held in a tipi.

“When we carry stress we are often disconnected with our bodies,” Taylor said.

Taylor encourages students to make time in their busy schedules for yoga classes. Practising yoga a minimum of two times a week during her time as a student at RRC helped her keep her sanity, Taylor explained.

Studios like Moksha Yoga Winnipeg and Yoga Public offer karma classes that are donation-based and typically $5 for students.