Province provides financial breathing room, but at what cost?

Red River College has been fighting an uphill financial battle since the COVID-19 pandemic took hold of the world. The provincial government has reversed its post-secondary support budget cuts but RRC and the RRCSA are still climbing out of a deep hole.

Manitoban universities and colleges reeled last month when the province asked post-secondary institutions to draw up financial scenarios to reduce operating budgets by up to 30 per cent.

The announcement of the 2020 provincial budget came with a cavalcade of protests. Frustrated Winnipeggers maintained physical distancing while protesting the cuts at the legislative building.

Now, with apprehensive responses from schools around the province and disapproval from the general public, Pallister has reversed the planned cuts. He analogized the attitudes of university and college leaders to one of an “ivory-tower.”

Pallister defended the original cuts and explained this reversal comes with expectations from the province for the educational institutions to align with the labour market.

“Going forward, there will need to be more attention paid to supply and demand in our workforce,” Economic Development and Training deputy minister Jan Forster said in a memo to post-secondary institutions.

Interim President and CEO Christine Watson addressed RRC’s $10 million shortfall to staff and faculty. The shortfall has since diminished to $6 million.

As of Friday, 65 RRC employees have been laid off, and upward of 30 term positions have been terminated according to MGEU (Manitoba Government and General Employees’ Union). Most layoffs occurred in parts of the college Watson listed as having lost revenue generation: parking attendants, food service attendants, print shop employees, etc.

Watson explained a lack of incoming international student tuition would also have a significant impact, despite an increase in prospective student inquiries.

Yash Chopra, President of the Red River College Students’ Association, said he is concerned COVID-19 may have a negative impact on enrollment, from which the RRCSA generates the majority of their revenue.

All 5 RRCSA stores were closed along with campuses on March 17 The Students’ Association is preparing to write-off $50,000 in inventory.

“We will not be generating any revenue from the stores if campuses remain closed,” 21-year-old Chopra said.

Chopra said the Student’s Association Board is dealing with a $20,000 deficit.

“But, I don’t see us having to cut any programs,” Chopra said. The most utilized services the SA provides are health and dental coverage, and scholarships.

Chopra said the events the RRCSA typically hosts will have to be adapted, and some have been cancelled, but he and his team are working to keep students engaged on social media.

“Students are our business, we exist for them,” Chopra said.

Chopra and his colleagues are currently working toward more transparent practices in fee allocation. According to Chopra, RRCSA student fees will be broken down more specifically in the future. 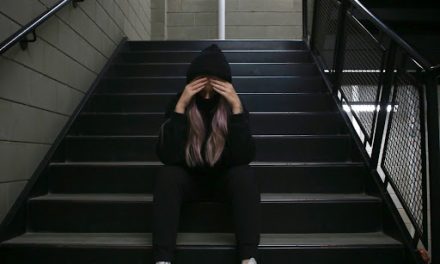