Local artists include kids in exhibit 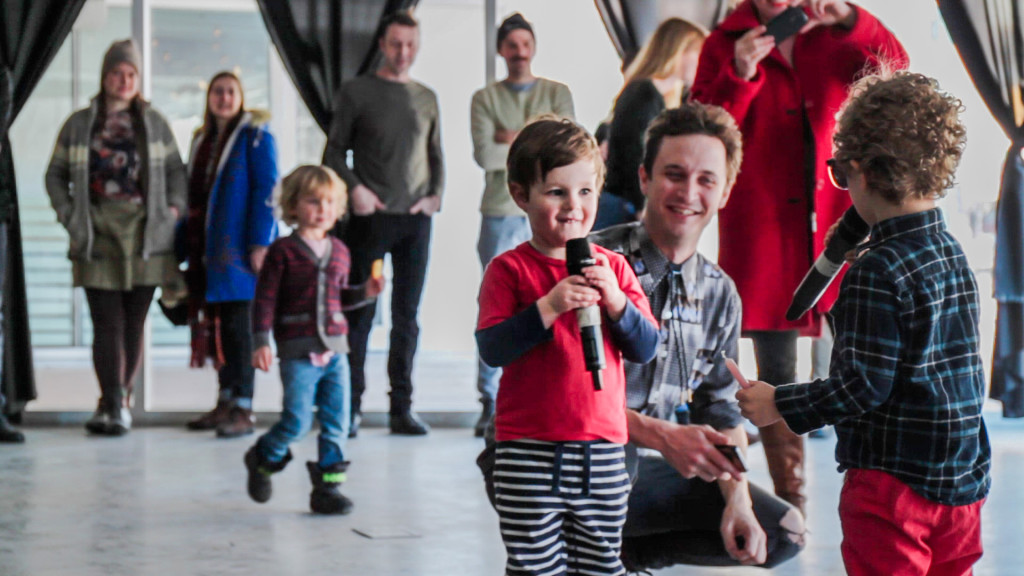 Children are the newest artists at the Plug In Institute of Contemporary Art.

As part of the 8 Channel Live Recording with Children event, Bindi and Coles laid down a tangle of effects pedals and microphones at the Plug In Gallery on Feb. 21 and allowed a group of toddlers to make any noise or music they wanted to.

“There were some interesting vocal performances,” said Coles. “Kids plug and unplug things in chaotic ways and sometimes nothing will happen and sometimes something really wonderful will come out.”

Bindi and Coles will give the audio from the event to WFMU Free Music Archive an online resource for free legal audio downloads. The recording is one component of a six-part series that makes up the exhibit Moon Rehearsal Tape.

Moon Rehearsal Tape uses experimental music, film and performances to create immersive and unconventional experiences for the audience. The exhibit is inspired by the surge of creativity the artists experience near a full moon, said Coles.

“It’s a very creative time for us, so we thought we would draw attention to the fact that the show opened the day before the full moon, which is actually when [our creativity] is most intense — just before or after a full moon,” he said.

For Sean Buchanan, participating in the children’s exhibit is about community support and keeping his son Charley, 3, involved in art and music. 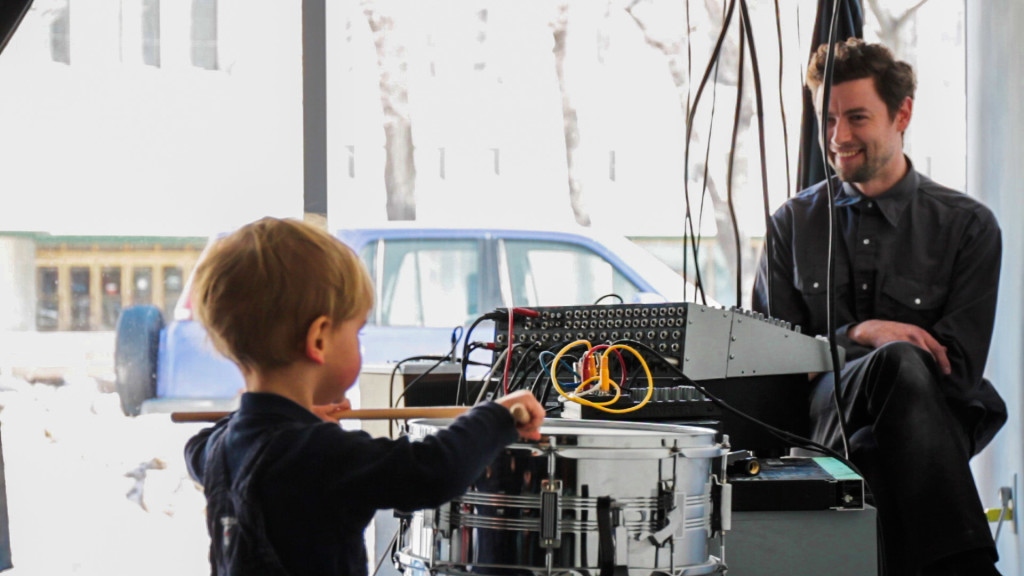 “We’re very active in the art community,” he said. “Charley’s involved in many different artistic endeavours, so this is just one more piece of the puzzle for us.”

Coles’ handmade stereo system is the heart of the exhibit. It’s a functional sculpture made from a fusion of modern technology and antique parts including Victrola gramophone speakers, said Coles.

“Originally this would have been strictly an acoustic speaker and the whole thing would have been hidden inside a piece of finished furniture,” he said. “But I’m using it to play mid-range sounds as part of the larger system.”

The couple uses their art and music to push the boundaries of what defines exhibits and concerts.

“We’re always trying to avoid the typical live-performance situation,” said Coles. “In the past we’ve played on the reverse side of curtains, from within bird hides, and so in this case we decided to play a show from the past.”

A projector casts a shadow-like recording of Bindi and Coles across the sound system making it look like they are performing at the back of gallery. This part of the series plays 24 hours a day for the life of the exhibit.

“We pre-recorded a performance with the camera in a fixed location in this room and we placed a camera with a projector in the exact same location,” said Coles. “We registered the two images exactly so it appeared that we where in this room playing the show, but we were actually in Ontario.”

The final event for Moon Rehearsal Tape is an unconventional viewing of Mikael Kristersson’s “Krestrel’s Eye” on Mar. 10, and the entire exhibit runs until March 13.

“The film will be projected off into the sky, so the audience will be mostly putting together the film in their own minds, “ said Coles. “The soundtrack, which will be presented in a very clean form, will come from behind the installation.”