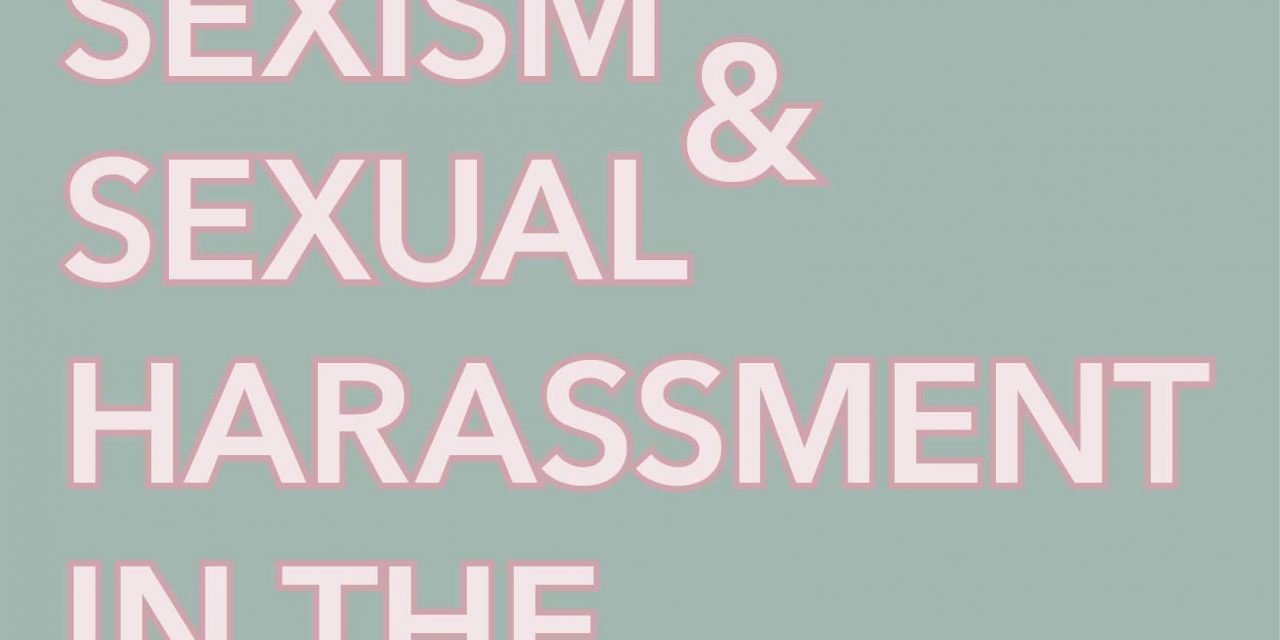 I’ve been wondering a lot lately about what needs to change for women to be safe in their workplaces from sexism and sexual harassment.

My concern lately is in customer service industries. In particular, lower-paying service jobs in fast food and retail. The restaurant industry is in major need of an overhaul, too.

In my 10 years of working in customer service, I’ve experienced various levels of sexism and sexual harassment.

I think one of the most upsetting forms of sexism is when it comes from other women. I was a good employee at my jobs and I always tried to have good relationships with my bosses. But sometimes, women have a hard time being supportive of other women. It’s awful and it needs to stop – we need to support each other and raise each other up. We only hurt ourselves when we don’t stick together and encourage each other. Let’s be supportive together so we can change our experiences for the better.

I’ve worked in restaurants where I wasn’t scheduled as much because I was uncomfortable with flirting with customers. I’ve been forced into uncomfortable situations doing bottle service at a bar. I’ve received flak for coming forward to a manager about how I felt disrespected. I was eventually fired from that job, with no real reason given.

If that isn’t harassment and selective sexism, then I don’t know what is. When I say selective sexism, I mean that fun thing that men do when they only reward or treat women favourably when they’re super-hot, fulfill every stereotypical hot-girl-server expectation, and faithfully agree to every one of the superior men’s decisions without questioning anything. Another girl at this same restaurant got fired for wanting to wear her sweater when she was cold.

You may think that this kind of sexist behaviour only happens in trashy bars and lounges, but even the quaintest of family restaurants and fine-dining restaurants aren’t immune to sexist bullshit. Remember #notmystellas? This was the awakening of awareness that the restaurant industry needs.

I’ve been discriminated against at work by having shifts removed and hard work I’ve done for the restaurant ignored, likely because of a boss’s choice to hit on servers at work, including me. While I never went out with said boss and never wanted to stop working there, or work there less, I was having those decisions be made for me, without my consent. This was all based on certain people’s interpretation of events. It’s baffling that we can punish someone for something they never did. Why are we punishing women in the workplace for something they didn’t do? Why are we not punishing the men who make inappropriate moves at work/outside of work, like hit on their employees?

While this is just a glimpse into my own experiences with sexual harassment and sexism, I know that many other people out there have faced similar and worse issues at work.

We need to have policies and laws in place to protect employees in all industries, and we need to start forming these policies, particularly in the service industry. It is so awful when someone’s livelihood is affected by sexism and harassment.

Have thoughts on how we can start to advocate for this change? Send me an email or DM! You know where to find me.

Suzy Gilbert is finishing her last term at Red River College in the Creative Communications program and is the founder of Together, an awareness campaign promoting consensual sexual experiences through respect, communication and sex positivity. Together strives to support and educate young people about safe and healthy sexual relationships and consent culture. You can find Together on Instagram at @togetherwpg, on Facebook at Together Winnipeg and on its website at togetherwpg.ca.

An Augmented Reality experience at Forth