A threat surfaced online on Sunday, Dec. 2 saying someone was going to bring a shotgun to Lord Selkirk Regional Comprehensive Secondary School the next day. This resulted in RCMP arresting one person for uttering violent threats.

Two other suspects were arrested the same day for uttering threats, which were later determined to be re-shares of the initial threat that circulated. This prompted the division to close all of its schools on Dec. 3.

Red River College’s approach to safety and security for staff and students is working with the Winnipeg Police Service if the college were to receive such threats, said Conor Lloyd, the college’s public relations director, in an email.

“We don’t publicly release security protocols but we can tell you that RRC Security assesses all threats on a case-by-case basis and then determines the appropriate level of response. We have been fortunate that we haven’t been in a situation similar to the Lord Selkirk School Division,” said Lloyd.

On the college’s Safety and Security webpage, more information is available for emergency preparedness and procedures.

The page includes information about a lockdown from an “active attacker” or significant “threat of violence.”

This past October, a random attack on a Red River College instructor outside the old Public Safety Building left many students feeling unsafe.

Business Administration student Jo Ann Pinera, 18, says that while she thinks the college is prepared for the any violent or threatening situation, it’s unpredictable for anyone to reassure students fully that no incidents will ever happen.

“Seeing as there have been incidents this year and in the past, of course something like what happened in Lord Selkirk can definitely happen in our school,” said Pinera.

Students wanting to consult with the college’s security protocols can visit the Safety and Security webpage, along with downloading the Mobile Safety App, available on Android and iOS devices. 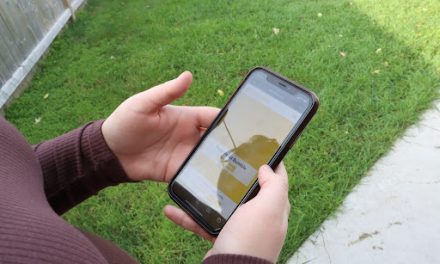