Cultural appropriation — learn it or leave it 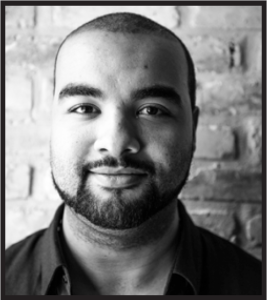 We had the usual reports of Aboriginal traditional wear being used as costumes.

Now we have reports the Winnipeg Jets banned the use of costume indigenous headdresses for Chicago Blackhawks fans — soon after saying they wouldn’t.

These two situations are similar, but not the same. One is about the casual use of traditionally significant regalia, while the other is more blatant disrespect. It’s like the difference between the Blackhawks and the Washington Redskins fiasco.

Cultural appropriation is the result of certain cultural symbols and styles of one group being misused by another. The Jets story is an interesting example of this, because to some it seems harmless while to others it is offensive.

When it comes to the Blackhawks, the symbolism has been around for decades and is often celebrated. Therefore, it is possible that people who wear the fake headdress are not trying to be offensive — unlike people still resorting to costumes with any sort “Indian” label on them.

Here in Manitoba, most people know that in First Nations culture, headdresses are not simply part of an outfit — only certain people should wear them and they have historic, traditional meanings.

If any country is prepared to deal with the topic of cultural appropriation, it’s Canada. If any province in Canada can deal with it best, it would be Manitoba. Not only are we multicultural, but we also have a significant First Nations influence.

Cultural appropriation can also be seen in the increasing use of bindis on the foreheads of girls at Coachella who probably have no idea what Hinduism is about. The styles of African dashikis are also becoming more commonly applied to T-shirts being sold at the mall.

We live in interesting times, and the use of African, Eastern and First Nations styles in mainstream Western culture shouldn’t really surprise anyone. And it shouldn’t always be seen as nefarious.

The reality is that if multiculturalism is going to work, these situations will come up.

In the case of fashion, the cross-cultural influence can be positive as long as the original creators of the style are not shut out by big businesses just looking for profits.

Cultural appropriation can be offensive for a variety of reasons, but it mostly comes down to a feeling of neglected acknowledgment.

There is often genuine admiration behind the use of different cultural styles, but when that admiration doesn’t lead to understanding, it becomes a problem.

David Koroma has experience working in

government and political communications. He is interested in the