A nation rises to the challenge

Election day saw Justin Trudeau’s Liberal Party win a majority government. They replaced Stephen Harper’s Conservative Party as the leaders in Parliament. The win, however, was not for Trudeau alone.

October 19 was a win for Canada’s democracy.

In ridings across the country, voter turnout increased anywhere from 10 to 20 per cent, with a total of 68.5 per cent of voters casting a ballot—the highest turnout since 1993.

The lowest turnout in the country was 55 per cent. Compare that to 2011 when many ridings had turnout as low as 44 per cent.

Although precise data is unavailable, many pundits have attributed the increase to youth and First Nation voters who have historically been less eager to vote.

While the governing Conservatives stood by their handling of these files, the opposition parties opposed certain pipelines and committed to change or repeal of Bill C-51. All opposition parties agreed that the federal government should launch a national inquiry into the ongoing issue of missing and murdered indigenous women and girls.

With such a stark contrast, First Nation communities saw dramatic increases in turnout. Take Manitoba’s Churchill-Keewatinook Aski riding, for example. Seventy-five per cent of voters are aboriginal and the riding witnessed a 19 per cent increase, going from 45 per cent in 2011 to 64 per cent this year.

The election also resulted in a record number of aboriginal MPs being elected, 10 in total, making up three per cent of Parliament. This nearly mirrors their roughly four per cent of the general population.

When it comes to the youth vote, there are signs that the number of voters under 30-years-old also increased.

Elections Canada launched “pop-up” campus polling stations two weeks before election day. This was a pilot project to see if it would increase engagement among students. While it was limited to certain campuses across Canada, they had 45,000 students vote at these polls over three days.

Many pundits point to the historic trend of governing parties wearing out their welcome when running for a fourth mandate. This was the scenario in 1993 when voter turnout hit 71 per cent.

Hopefully this year’s turnout is not merely a reactionary blip caused by an overreaching prime minister, but a sign of elections to come.

and political communications. He is interested in the role citizens 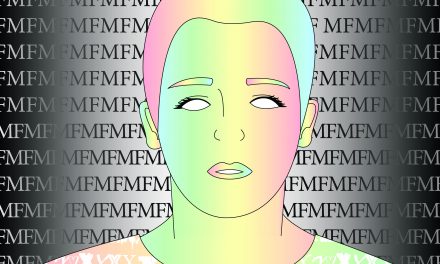