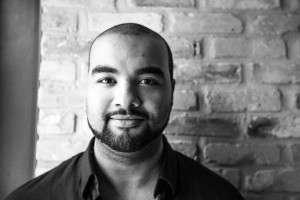 After the world witnessed a dead three-year-old boy wash up onto the shores of a Turkish beach, Syria was back in the spotlight.

For a moment, we stopped and asked ourselves if Canada is doing enough to address the largest refugee crisis since the Second World War.

Syria is back in our minds again as a geopolitical shift has recently happened in the region.

Russia’s ties to Bashar al-Assad (Syria’s long-time dictator) are well documented. Since the rise of the Islamic State, Russia has been taking a backseat to the Western coalition who are fighting ISIS in Syria and Iraq through sustained air attacks and tactically supporting regional forces.

That changed this month.

On Oct. 1, Vladimir Putin launched Russia’s first offensive against what he claims were ISIS forces in Syria. However, sources in Damascus told news agency Reuters that these targets were in fact U.S.- backed rebels with no known links to ISIS and a history of fighting the dictator Assad.

Putin is on the record questioning the existence of what the White House labels “moderate opposition” to the Syrian leader. This complicates matters. While the American-led coalition has a clear narrow goal to annihilate the Islamic State, Russia has embarked on a broader mission while claiming to have the same goal.

Now that Russia has taken its own initiative, Iran and the Iranian-backed Hezbollah are supporting Russia’s offensive, coordinating attacks against any and all “extremists” fighting against Bashar al-Assad’s regime in Syria.

Roughly 250,000 people have died as a result of Syria’s civil war, including women and children who have been victims of chemical weapons. The crimes against humanity overseen by Assad are almost as bad as that of ISIS.

A real power struggle is emerging. Western and Arab powers that have been trying in vain to decimate ISIS now have to work around Russia’s military. And that complicates everything.

Meanwhile, the historic refugee crisis continues to escalate. And the main response from Canada and western allies is to keep dropping bombs on ISIS while staying largely mute on the topic of what to do about Assad — the person who lies at the root of this entire ordeal.

At least Putin has a clear end game.

How does the West plan to destroy ISIS and replace Assad? The truth is we have no immediate answer, and this reality has President Obama’s stature on the world stage — especially in the Middle East — diminishing by the day.

It looks like this is a win-win for Russia.

He is interested in the role citizens play in creating positive change on the Canadian stage.