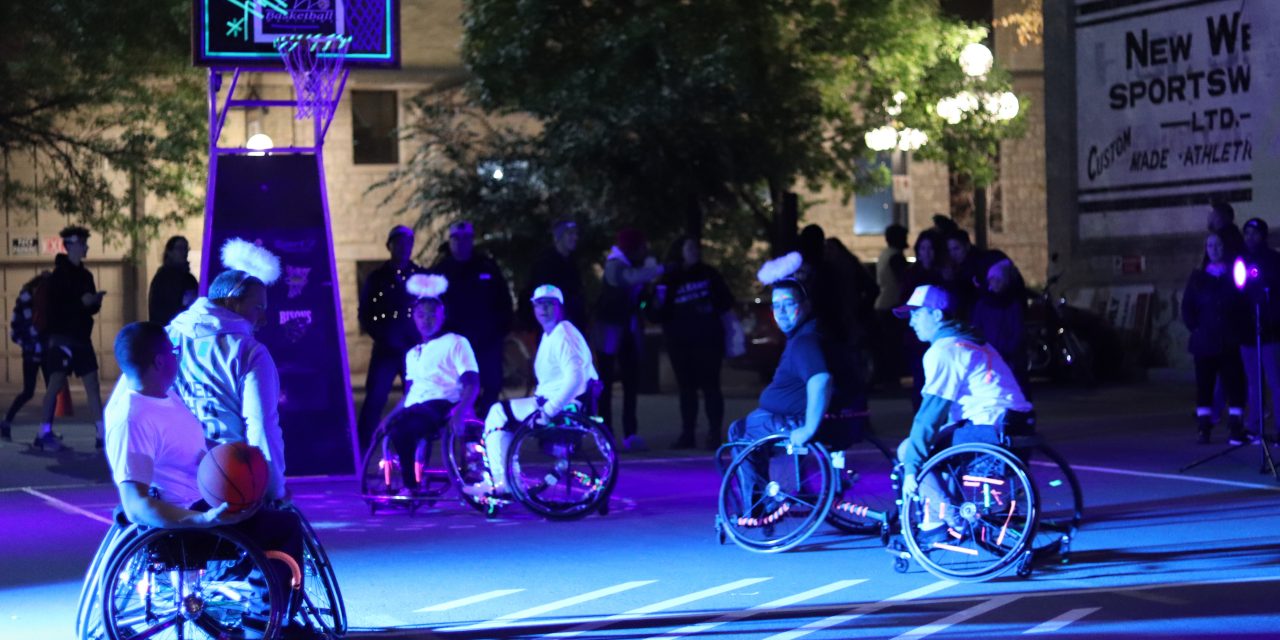 On Sept 28, A parking lot in the Exchange District transformed into a basketball court for Nuit Blanche, complete with dance party music and neon lights. People shot hoops, and wheelchairs were available for anyone to try their hand at wheelchair basketball.

Sasha Amaya and Thea Pedersen organized Allez Hop! with Manitoba Wheelchair Sports Association. The event focused on sport accessibility, the outdoors, and other safety and urban issues through an accessible outdoor basketball court.

Between open court sessions, the Team Manitoba Wheelchair Basketball Team played three-on-three scrimmages to show the crowd what the sport is about.

Samuel Unrau, Executive Director of Manitoba Wheelchair Sports Association, said the event was a great opportunity to introduce the community to the sport of wheelchair basketball.

“People can get their own perceptions just by watching, but to actually get in and feel the ball in your hand, feel the intricacies of trying to coordinate movement and shooting and dribbling a ball, gives you a whole other level of appreciation for the sport,” Unrau said.

When Team Manitoba took to the court, spectators cheered the players on and applauded when they maneuvered around competitors to score.

“It’s almost like an extreme sport,” Harvey added.  “I would love to see regular basketball players try to do it in a chair.”

Unrau said the community’s response to the event was incredible.

“It’s great to have a crowd out, to grow the awareness of inclusive and accessible sport for everyone and just show that everyone can play together,” Unrau said. “Basketball is a fully inclusive sport.”

Amaya said Allez Hop! was also about bringing accessibility into any conversation, not only one about sports.

“Whether it’s coming from a sports perspective, urban design planning, or just our human form in general, it’s really important,” Amaya said. “We thought this was a really great opportunity to bring multiple worlds together and just promote accessibility in every way possible.” 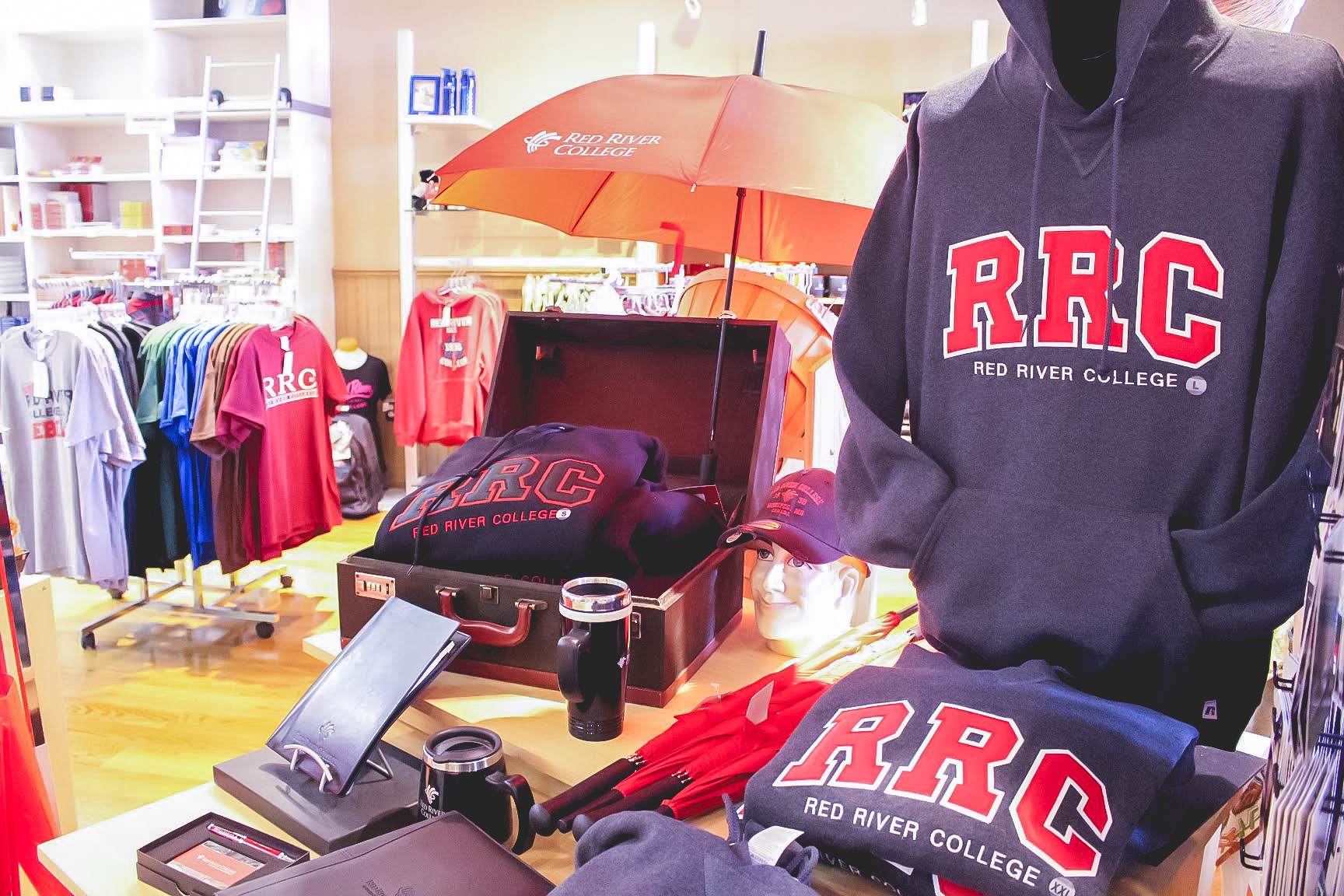