True North Sports and Entertainment announced it will buy The Burton Cummings Theatre for the Performing Arts, and people say they welcome the changes.

“A lot of people say the top balconies are pretty cramped, and the sound can be a bit dodgy in some areas,” said Mitchell Braun, a first-year electrical engineering student at RRC.

Braun has attended several shows at the theatre, most recently Bros. Landreth in December, and said he loves the historic feeling of the building.

He said he would like to see the name changed back to the original name, the Walker Theatre.

“I think that would be appropriate,” he said.

The Walker Theatre Performing Arts Group Inc., a board of volunteers, oversees the building. In 2014, True North took control of management and operations, but in March they gave formal notice that they are going to buy the building.

Kevin Donnelly, True North’s senior vice president, told the Winnipeg Free Press True North has already invested hundreds of thousands of dollars in renovations, which includes new pipes, windows and renovations backstage. True North is continuing to upgrade the theatre by improving seating on the main floor and the first balcony by June to accomodate the growing number of acts scheduled at the theatre, according to Global News.

Renie Jarin, RRC business information technology student, said he performed at the Burton Cummings Theatre in 2010 for his high school’s “Rap Against Racism” event. Jarin, 26, said even then the infrastructure seemed dated.

“I went back a couple years ago for J. Cole, and not much seemed to have changed, so I definitely think it’s a good thing True North is starting to pick up the tab on this one,” said Jarin.

Jarin said the building is so old he doesn’t think it’s too far-fetched to tear the whole thing down and start from scratch.

“But it’s a historic building and I don’t think many people would be on board with that idea,” he said.

For Donnelly, future success for the building is threefold.

“Bring[ing] it to a level that we’re proud of, that we hope that the city’s proud of, [and] that performers who come in and perform here can be proud of,” Donnelly told the CBC.

Known originally as the Walker Theatre, the building was built in 1906 for ballets, operas and theatre productions, according to the theatre’s website. In 1945 it was converted into the Odeon Cinema, and in 1991, it was repurposed for live stage performances. The theatre was renamed after musician Burton Cummings in 2002. 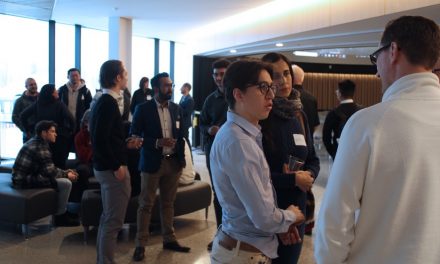