Quitting smoking is not only good for your health, but now it could also put money in your pocket.

The Manitoba Lung Association has launched their sixth annual ManitobaQuits: Quit Smoking Contest. It gives contestants the chance to win $200 to quit smoking for 24 hours.

‘Every quit counts’ is the 2016 motto, trying to get the message out that no quit attempt is a failure. Organizers say even quitting for one day can motivate smokers to butt out permanently.

There will be a series of 12 once-a-month quit days to join.

The RRC WUSC local committee will be hosting a global citizenship exhibit on Feb. 1 to Feb. 5 at the Exchange District campus. The exhibit will highlight international development contributions by Manitobans in the last decade. RRC is partnering with the Manitoba Council for International Cooperation (MCIC) to recognize the people making a positive difference in their communities and around the world. Photographs, stories and video from international projects will all be on display and visitors can make a pledge to become a global citizen themselves.

Clear your mind and fill your social media feeds — all to end the stigma against mental health. Bell Let’s Talk 2016 is on Jan. 27.

The initiative started in 2010 as a five-year project. The goal was to dissolve the stigma many Canadians still feel toward mental health. In September, the project was renewed for another five years to continue that path.

According to the Bell Let’s Talk website, 81 per cent of Canadians say they’re more aware of mental health issues compared to five years ago.

But according to the Canadian Mental Health Association, 10 to 20 per cent of Canadian youth are still affected by a mental illness or disorder.

Social media users can help the cause by using the #BellLetsTalk on Jan. 27. The organization will then donate five cents for each mention to Canadian mental health programs. 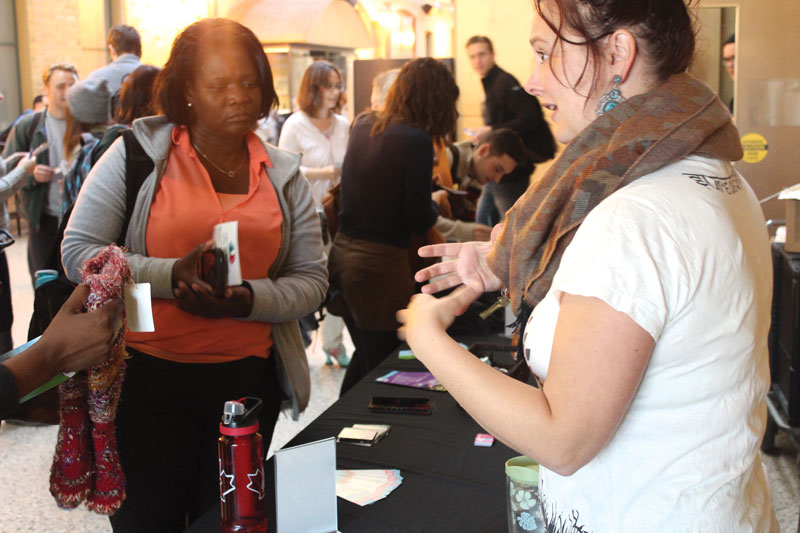