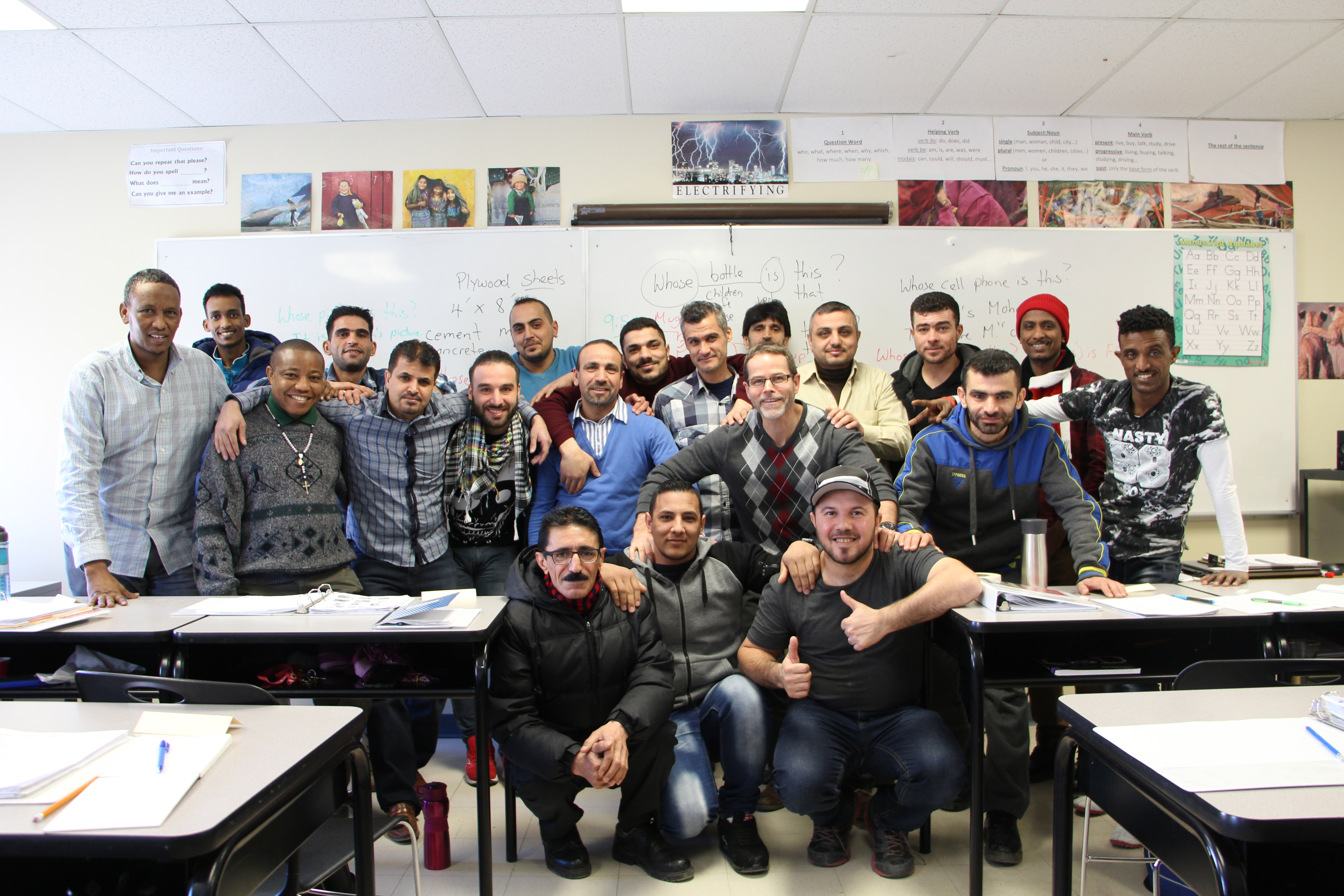 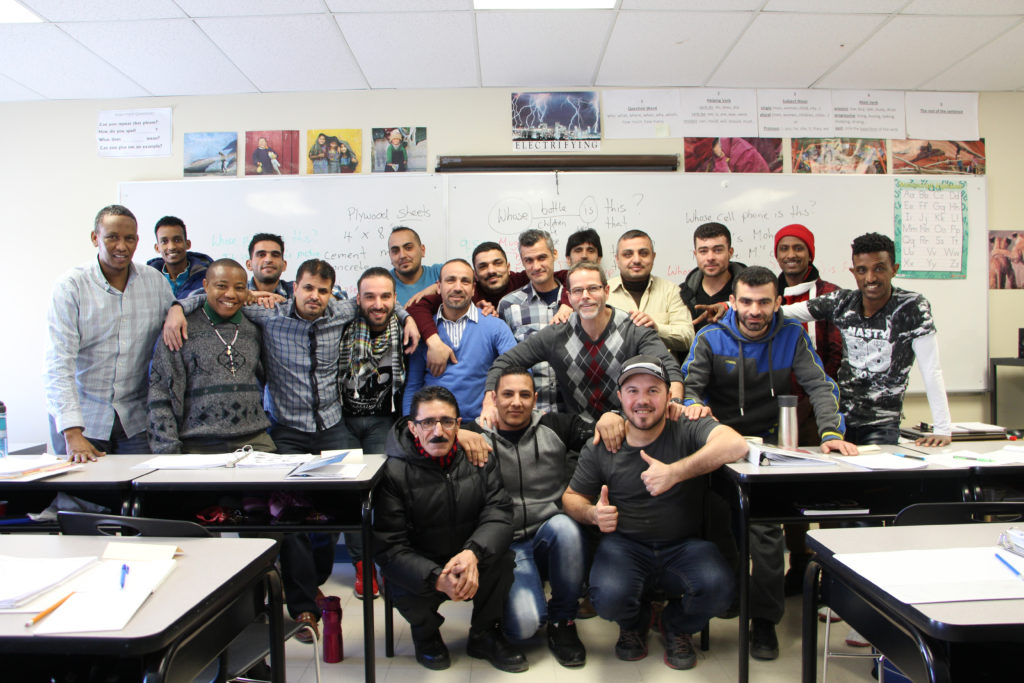 The Pathway Program to Construction Skills class consists of 19 refugee students from countries including Syria, Sudan and the Democratic Republic of the Congo. The group stands for a photo at Red River College’s Language Training Center on Mar.21, 2017. THE PROJECTOR/ Chris Davis

Abdulrahaman Almekdad, a refugee from Syria, fled Jordan to come to Canada with his four children last year. While he has been speaking English for only a few weeks, he can already ask structured questions and joke with his classmates.

Working with instructor Floyd Yewchan, the students are learning essential language skills to help them get work in Canada.

“We want to build their confidence and give them a real head start here,” said Yewchan.

Almekdad, and 18 other refugees, are part of the Pathway Program to Construction Skills, a pilot program launched by the provincial government and developed with the Winnipeg Construction Association and various refugee agencies.

While the class might not know English very well, they sure know how to laugh. During a pronoun lesson, the class erupted into laughter as they tried to figure out whose mug is whose.

“If we aren’t laughing, it’s too serious, and then everyone’s stressed,” said Yewchan. “We have to learn in an environment where nobody is afraid to make a mistake.”

Laughter must work, because the group is making excellent progress according to Kerri Caldwell, the director of RRC’s Language Training Centre.

“Their progress is mind-blowing,” said Caldwell. “I don’t think we could have predicted their success.”

“Some of the students weren’t even able to introduce themselves,” said Caldwell. “Now, they have already excelled to asking well-structured questions.”

Many of the students already have a background in trades from their home countries, but lack the language skills to work in Canada. The group is made up of farmers, carpenters, electricians, plumbers, and a baker.

“It’s not fun for them to be sitting at home wondering how they are going to get a job,” said Caldwell. “They are motivated, energized, dedicated learners and they want so badly to integrate into Canada and work.”

As the class improves their English, they will also get technical training for skills like masonry, roofing, and putting up drywall. The program will offer all 19 students direct employment opportunities.

“I can hardly wait to see them on site, in the job,” said Caldwell. “They’ve created a community of trust, and I’m so excited to see where they go from here.” 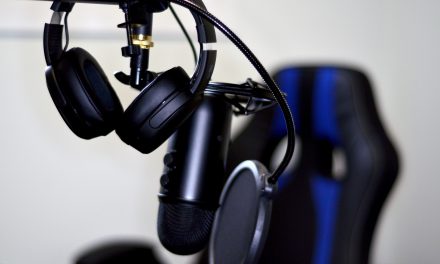 Hats off to the chef