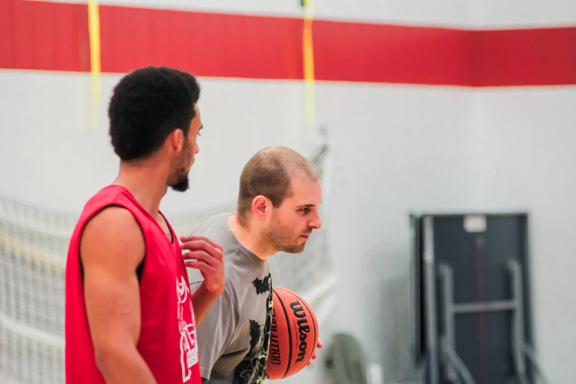 But it hasn’t been easy.

Fitzpatrick replaced longtime head coach Sukhvir Singh, who retired after the 2014-15 campaign and is now an assistant coach for the University of Manitoba Bison men’s basketball team. Fitzpatrick has coached basketball for 21 years, mostly at the provincial level, and he said he wants to keep the Rebels’ success going through the regular season to when the Rebels host

the MCAC playoffs in February.

This year, however, the Rebels have been plagued with injuries and player eligibility issues that have left the coaching staff scrambling. Fitzpatrick said he’s figuring out how the team can play and win with the players they have.

“My philosophy is to be adaptable and flexible to the players we have. Maximize what we can get out of them. Play to their strengths,” said Fitzpatrick.

Head Coach of the Rebels Men’s Basketball Team Scott Fitzpatrick (centre) runs the court as he works his players during a practice. The team is finally coming together after a plague of injuries and other issues have set them back. THE PROJECTOR/Erik Fjeldsted

“He’s had to steer the ship in a different direction with everything that’s happened,” said Bobichuk.

This new direction involved encouraging more first-time players to fill roles normally reserved for older veterans. About two thirds of this year’s roster is playing at the college level for this first time.

Fitzpatrick said he wants his players to understand they each have a specific role on the team. He said a team is a group of players who want to improve, progress and work together.

Rookie Garnett McLeod said he’s working to embrace his own role and follow Fitzpatrick’s fluid advice on and off the court.

“Some coaches are stubborn. It’s their way or the highway,” said McLeod. “[Fitzpatrick] is adaptable. He can adjust on the fly. He taught me to see what’s happening before making any moves.” 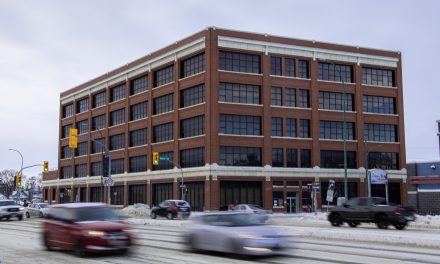 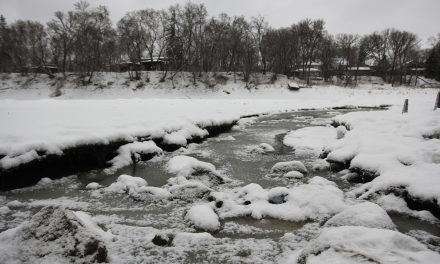