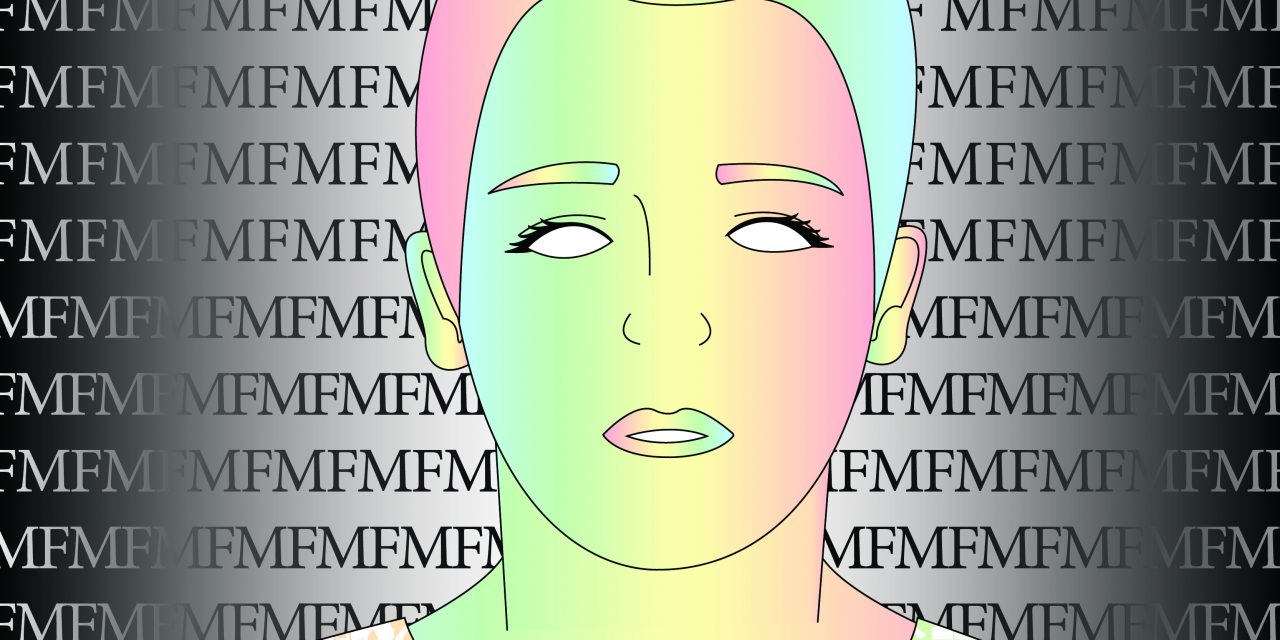 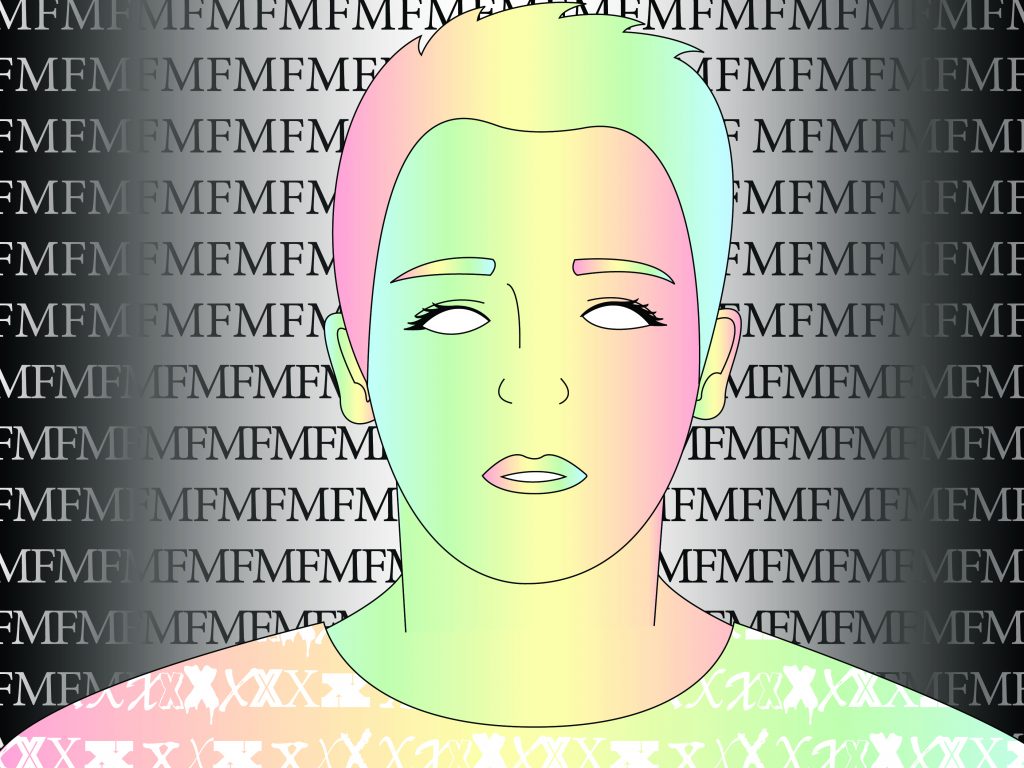 Gender non-conforming Manitobans must currently select “male” or “female” for their gender on provincial ID; Kinew’s bill, which proposes a third “X” option, would allow non-binary and intersex people to opt out of disclosing their sex. / GRAEME HOUSSIN

As the subject of gender nonconformity enters the public eye, Winnipeg’s intolerant and queer-phobic side rises to meet it – and proves that the need for non-binary recognition is more necessary than ever before.

Wab Kinew, leader of the NDP, announced a bill to modify the Vital Statistics Act and provide Manitobans with an “X” gender option on official documents – including birth certificates, health cards and driver’s licenses – at the Rainbow Resource Centre on Wednesday, April 25.

That afternoon, Kinew introduced the bill to the Manitoba Legislature. The announcement was covered by several major Winnipeg news sources, including the Winnipeg Free Press, CBC Manitoba and Global News.

The online responses were overwhelmingly negative.

“Wow this is crazy! I respect everyone’s sexual preferences and they can call and named (sic) themselves  whatever (sic) they want, but this is out of place. Tomorrow I may feel like identify (sic) my self (sic) as a chair but I’ll still have a penis down there,” wrote Twitter user @EderSanOlv in reply to CBC Manitoba’s tweet.

“The fact that these humans are suffering from a mental disorder should not influence how normal folks (99.999 % of the population) view gender,” wrote Twitter user @Smattyg7G in reply to CBC Manitoba’s tweet.

“How about Male, Female, and Mentally Ill,” tweeted Gary Marshall, who, according to their Twitter bio, is interim leader for the Manitoba Party.

Over a dozen other replies to various news sources’ tweets regarding Kinew’s proposed bill dismissed the conversation and non-binary people as “insane,” “out of hand” and “stupid.”

The labelling of gender-nonconforming individuals as mentally ill isn’t just harmful and queer-phobic – it’s sincere. It reveals a great misunderstanding of gender and sex in our city, and our society as a whole. For some, the idea that there can be more than two genders is new, radical and incomprehensible, and without education otherwise, the idea that one’s identity as a human being and the body they were born with are intrinsically connected and completely inseparable is often considered common knowledge.

But “sex” and “gender” don’t mean the same thing, and haven’t in a while.

“Sex” refers to the physical attributes of males and females, decided by things such as genitalia, reproductive organs and structures and chromosomes. Sex can be divided into male or female. Through hormone therapy and reconstructive surgery, a person’s sex can often be changed.

“Gender,” meanwhile, is a little dicier. It speaks to an individual’s identity – the “who” they are, not the “what” they are. It refers to the set of norms, rules and expectations laid out for us at birth, depending on which sex we are.

The distinction between these two has been recognized by various institutions – including the Oxford English Dictionary, the World Health Organization and the American Heritage Dictionary – for over five decades now, but even then, gender is often referred to as “feminine” or “masculine.”

Gender-nonconforming individuals – who may identify as non-binary, genderfluid, agender, genderqueer or one of many other denominations – shatter the notion that the human experience can and should be divided by what’s considered feminine or masculine, and that femininity must equal female-ness and masculinity must equal male-ness.

Not only is gender-nonconformity an act of severing ties between sex and gender, but it’s a dismissal of the rules and expectations placed upon human beings simply because of their physical body. Considering humankind’s long and sordid history of misogyny and sexism, it may not be so difficult to understand why.

Considering we’re living in the middle of a century-or-so-long wave of liberalism, increased sensitivity to injustice and reconsidered social norms, it’s easy to pin the rise of more and more individuals coming out as non-binary to the more free-thinking social justice movement – but the concept of separating sex and gender has existed for far longer.

Two-spirit people have been recognized in Indigenous North American cultures for hundreds of years. Muxe in Zapotec cultures of southern Mexico are seen as a third gender, and have been documented since the 16th century. Even in Mesopotamia, one of the world’s first civilizations, people who identified with neither sex were held in high regard and performed in religious ceremonies.

History aside, perhaps more and more are feeling comfortable to express themselves in less conventional ways because we, as a society, have stopped policing queerness in the way we did even fifty years ago. No longer in Canada are queer people arrested, fined or even killed because of their sexual orientation or gender identity. Perhaps more and more people are expressing themselves as something beyond male or female simply because they now have the opportunity to – and that should be valid.

The number of intersex individuals in Canada is unsure. In the 2016 Census of Population, only “male” and “female” were provided as gender options. Intersex, transgender and gender non-conforming individuals were asked to “indicate the sex (male or female) with which they most associated.”

There was no option that allowed Manitobans to distinguish their sex and gender.

Which then provides another reason as to why the addition of “X” is necessary: it would allow our government to determine how many Manitobans identify as something other than male or female.

It’s a circle that must be broken, and Kinew’s proposed bill may be the best way to do so.

If this bill were to pass, Manitoba would be joining the Northwest Territories and Newfoundland and Labrador in allowing constituents to select gender non-specific options on provincially-issued government ID. Even the federal government will be offering an unspecified sex option on passports “soon,” according to its website, and currently provides an observation that can be added to passports in the meanwhile.

It’s unfortunate that as gay rights become less and less stigmatized, the discriminatory focus now shifts to transgender and gender nonconforming issues. But, if trans and non-binary rights follow the same pattern as women’s and gay rights in Canada have before them, we can both lament and feel solace in the fact that this is just the beginning of a long and tiresome fight for understanding.

A Meme With Meaning: Astrology Is an Important Part of Millennial Culture