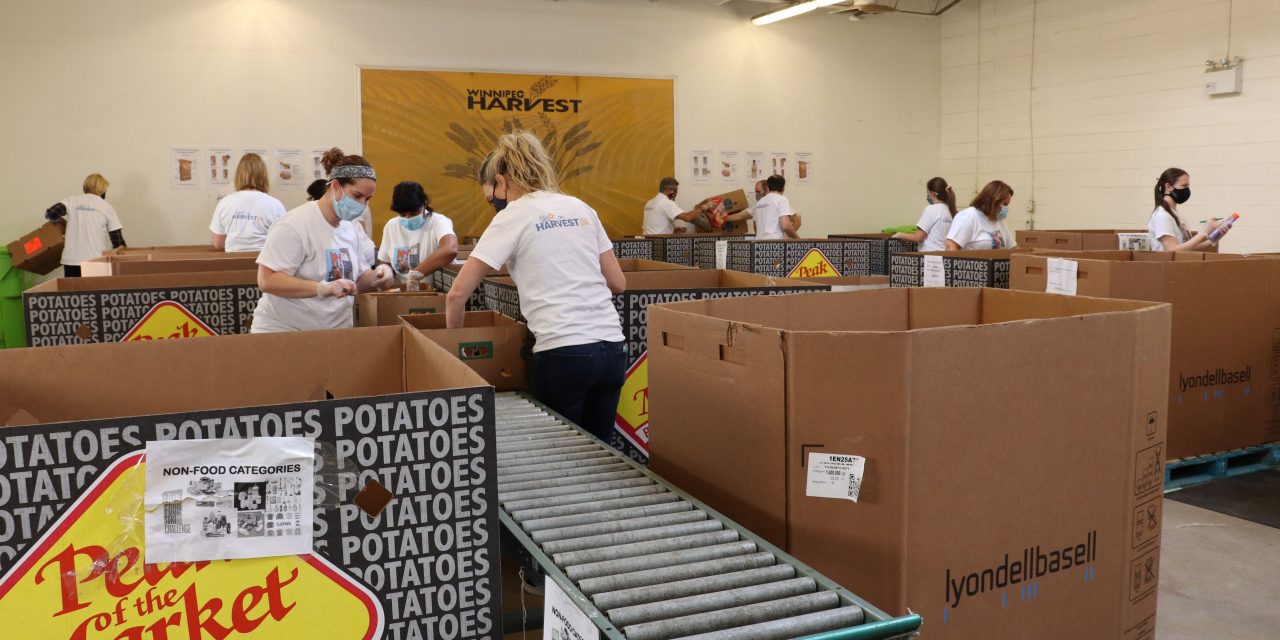 With upbeat music pumping in the background, Danica Wasney and her co-workers spent the morning of Sept. 19 sorting pallets of food donations at Winnipeg Harvest. CancerCare Manitoba’s pharmacy employees were the last of 17 groups to participate in the first-ever Team Food Sort Challenge.

Over the lively buzz of participants and volunteers, Wasney said she and her colleagues were happy to help an organization that is “so valuable to the city.”

The week-long fundraiser saw teams of eight from local businesses sorting donations at Harvest’s Winnipeg Avenue warehouse. Teams paid a registration fee and collected pledges in the weeks leading up to the event.

Wasney said her colleagues were so eager to volunteer, they were able to enter two teams into the challenge, which created some friendly competition at work.

This enthusiasm for helping out came as no surprise to Colleen McVarish, assistant manager of development for Winnipeg Harvest. The non-profit relies on donations of food and money to distribute 5,000 hampers a week and feed the 70,000 people who use Harvest each month.

“The province of Manitoba is so giving,” she said. “Everybody just wants to help.”

When COVID-19 forced immunocompromised volunteers to stay home, it created a labour shortage at a time when food bank usage increased by 30 per cent. Within five business days, local radio stations had planned a radiothon that raised over $300,000. City of Winnipeg library employees were sent to pack hampers until they could return to work.

“If it wasn’t for them, we would have been in trouble,” said McVarish.

With Harvest staff leading them in motivational chants, the two CancerCare teams raced against each other.

“It was so much fun,” says Lora Meseman, Communications Manager at the Canadian Beverage Container Recycling Association.

The challenge was the first time she and her colleagues had reunited since their office closed due to the pandemic. Meseman, a Red River College graduate, said the Food Sort Challenge gave them perspective on how much work goes into the day-to-day operations of Winnipeg Harvest.

The overall winner of the challenge, Bockstael Construction, sorted 6,729 lbs of food and took home a trophy. But Wasney, Meseman, and the other participants were not in it for the hardware.

“We’re proud of our roots and supporting Manitobans,” said Meseman. 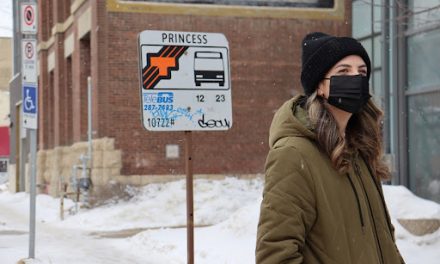