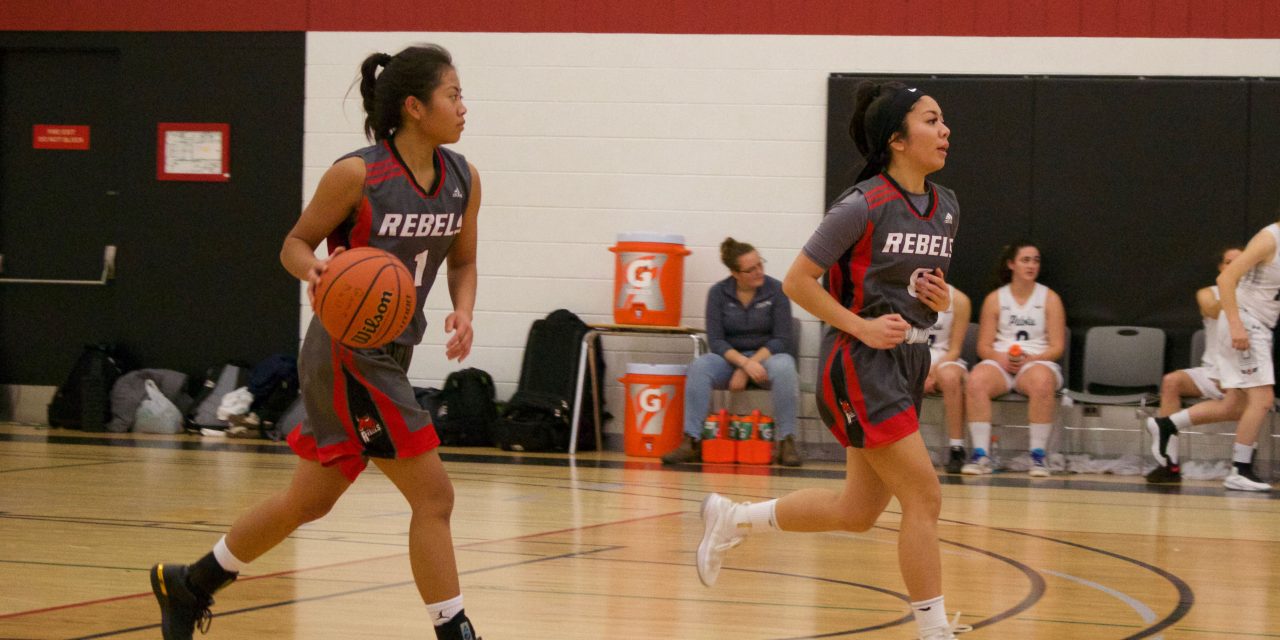 Players working to keep a team together before they start winning 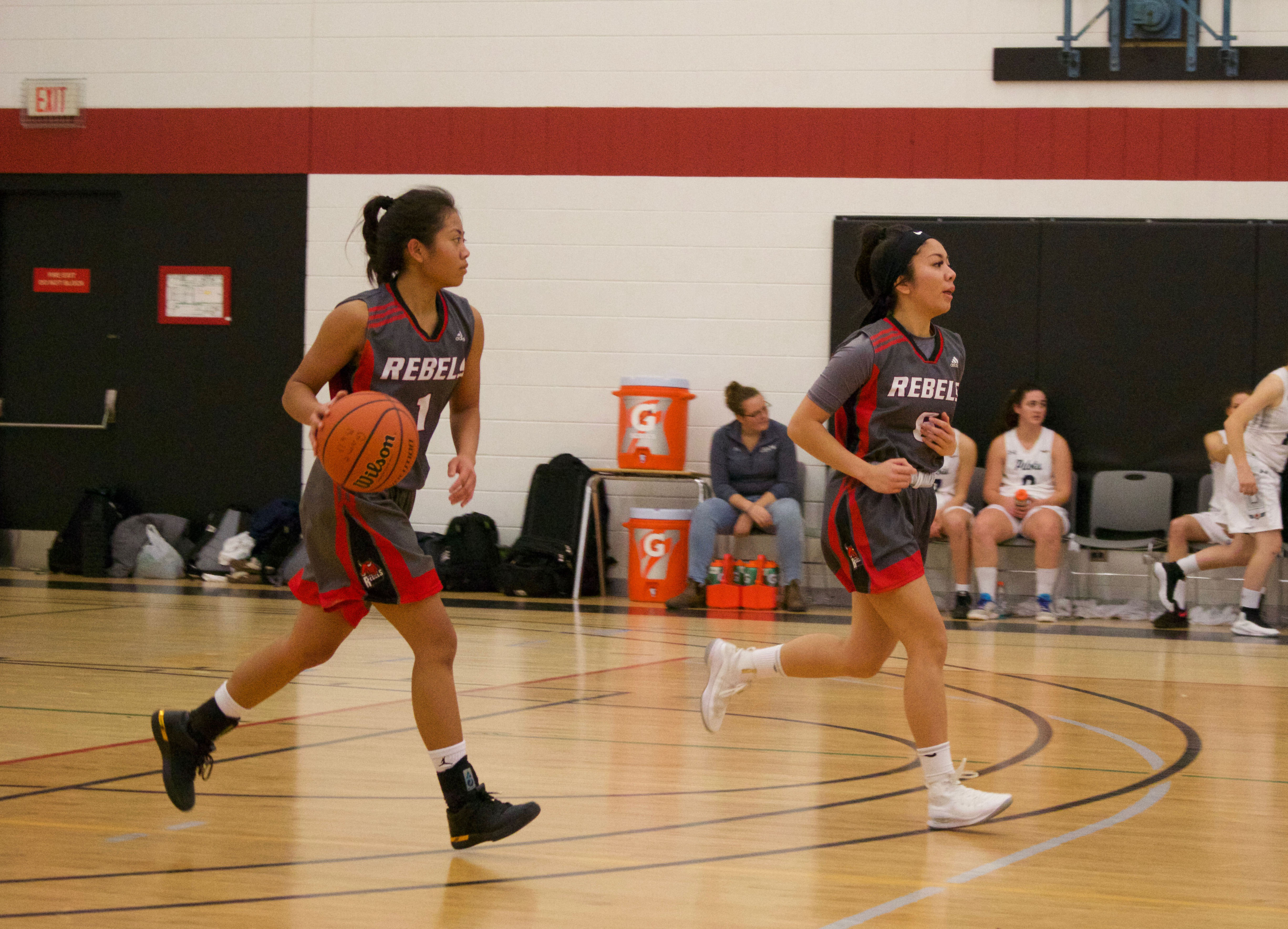 The Red River Rebels women’s basketball team took to the court on Saturday, Nov. 10 for its first home game of the season. The Rebels played the Providence University College Pilots resulting in a tough 63-29 loss.

This was the team’s fourth consecutive loss after losing twice to the Association Free Lutheran Bible School and Seminary (AFLBS) Conquerors and PUC Pilots.

“This is a brand-new team,” said Rebels head coach Jae Pangilinan. “We’re still adding people as we go along.”

Pangilinan has been the women’s basketball coach at Red River College for eight years. He said the biggest challenge of every season is getting a team together. This year, there wasn’t a women’s basketball team formed until early September. 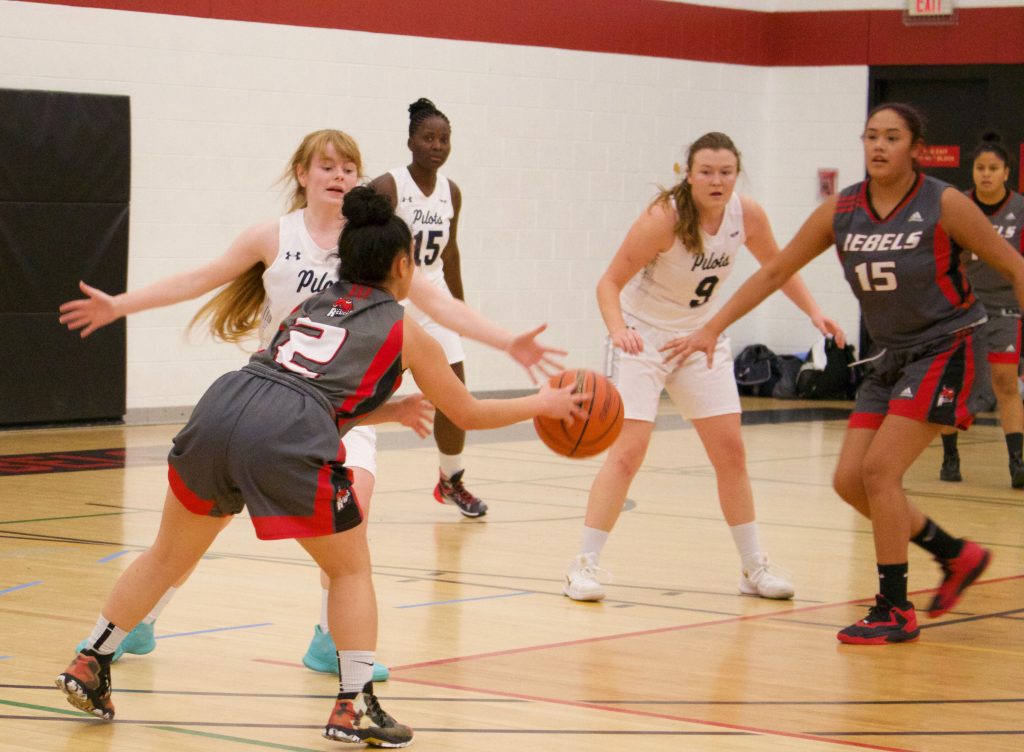 Jaira Labelle is a business administration student at Red River College. She’s a 5’0 point guard who often took control of the ball./BECCA MYSKIW

The team has only seven women playing right now. Pangilinan said next week there might not be a team.

“Right now, I know I have five players who will show up,” said Pangilinan. “I don’t know if I have all seven.”

The team is coming back this year after a tough championship loss last season. Last year’s loss was the first one since the Rebels’ 2010-11 season.

“We don’t really have chemistry together,” said Czyelle Mas, 18-year-old co-captain for the Rebels. “We need that to play effectively.”

Twenty-year-old Kaelei Daniels, the team’s other co-captain, said she agrees the team needs chemistry. But she also said she’s proud of their game play considering the little amount of time they’ve had together.

“We have to use this loss as motivation,” said Daniels. “We’ve got to keep pushing ‘til we get a win.”

Pangilinan is most impressed with the team’s loyalty to each other, the Rebels and the sport. He said it’s hard for a team to keep playing when they’re losing and is proud that they do.

The Rebels have played four games so far this season. Pangilinan said he has been adding players as recent as January, and although it’s tough to form chemistry that late in the season, he’s constantly working to grow the team.

“There’s going to be a lot more losses ahead,” he said. “It’s going to test them to see what kind of team we’re going to be.”

Pangilinan said he’s focused on keeping a team together rather than winning for now, and hopes the team continues to come back. 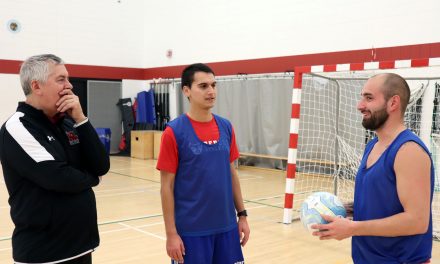