The Winnipeg Fringe Theatre Festival released its lineup for Virtually Yours, #WpgFringe on July 6. It’s the first time the long-running summer festival will be livestreaming online.

“This is our virtual love letter to the Fringe community at-large,” said Tori Popp, manager of the festival.

Popp said after cancelling the in-person festival at the end of May, her team worked on organizing an online festival to give performers a platform to share their art.

“We’re all feeling the loss of our in-person Fringe, but I think getting a piece of it online is good too.”

Virtually Yours will livestream on Fringe’s Facebook and YouTube pages for free from July 14-17 starting at 7 p.m. each night.

Popp said instead of the traditional passing of the hat after a Fringe performance, the festival has paid all performers in advance. Donations collected during the livestream will go back to Fringe.

Popp said most performers and Fringe staff this year have been involved with the festival before and are excited to work alongside familiar faces.

“As staff, we’re feeling really good [about Virtually Yours],” said Popp. “And as for performers, I think they’re just excited to have a chance to share their work.”

Winnipeg comedian Anjali Sandhu is returning to the stage with her “Fringe favourite” stand-up show, I’m No Taylor Swift.

Sandhu, who’s performed at the festival since 2016, said Fringe asked if she’d do an encore performance of the 2018 hit for the livestream.

“Initially I declined because it’s a stand-up show – I thought it’d be a bit challenging [to perform] over the internet,” said the 26-year old. “But then they presented the option to perform live from the Gas Station Arts Centre courtyard and stream it from there.”

Sandhu said she’s looking forward to performing her show again in an accessible way but is wary of online commenters.

“Internet people can say whatever they want about me, which is slightly terrifying,” said Sandhu. “But either way it’s good entertainment.”

Tymisha Harris, Fringe collaborator since 2007, said Winnipeg is one of her favourite places she’s performed her co-created show, Josephine.

“Winnipeg is such a darling to Josephine. They’re like best friends,” said the Florida native and star of the show.

Harris said Josephine, which tells the story of African American entertainer Josephine Baker, has been altered to fit the 25-minute time slot, but the biggest difference will be the absence of audience interaction.

“The audience’s energy will be the biggest thing artists like myself will miss,” said Harris, 44. “But it is a new genre, performing virtually, and it’s something to learn. It’s still a fringe.”

Check out Virtually Yours, #WpgFringe at WinnipegFringe on Facebook and YouTube. Keep up-to-date with Harris @josephinetheplay and Sandhu @anjalixiii on Instagram and stay tuned for upcoming projects. 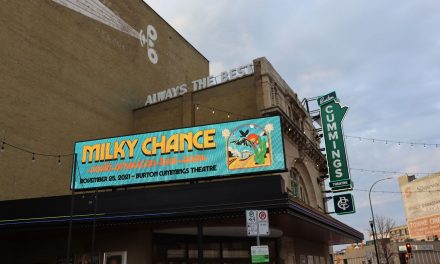 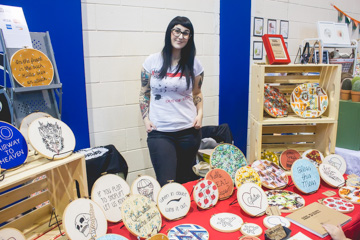