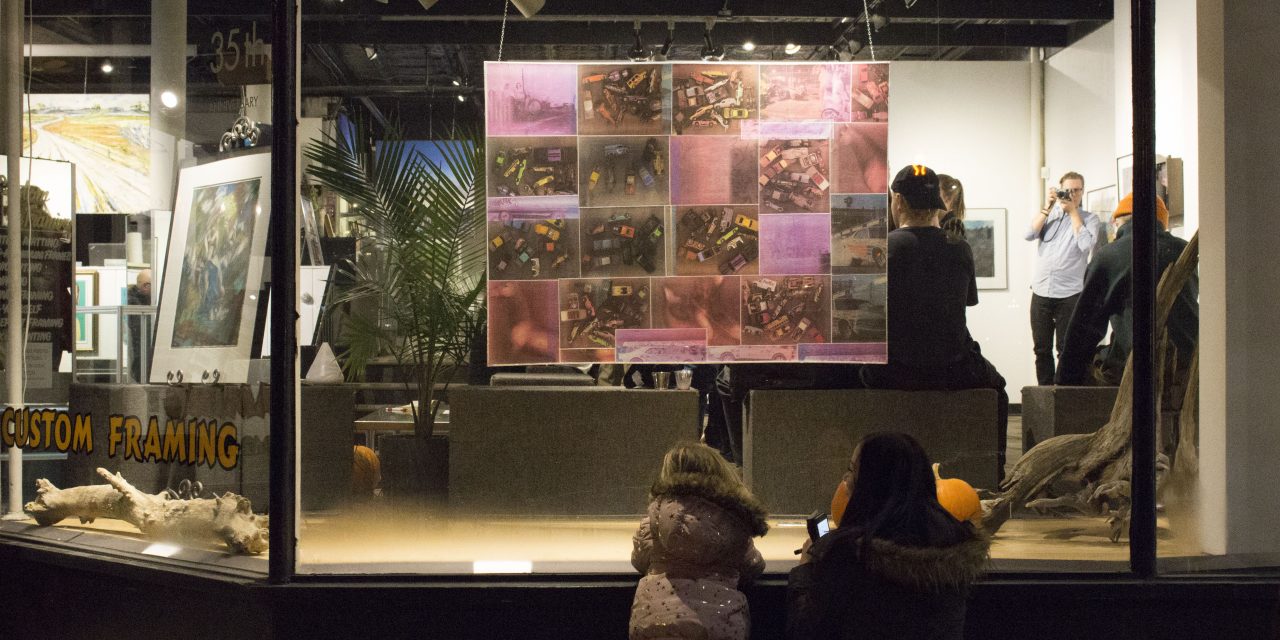 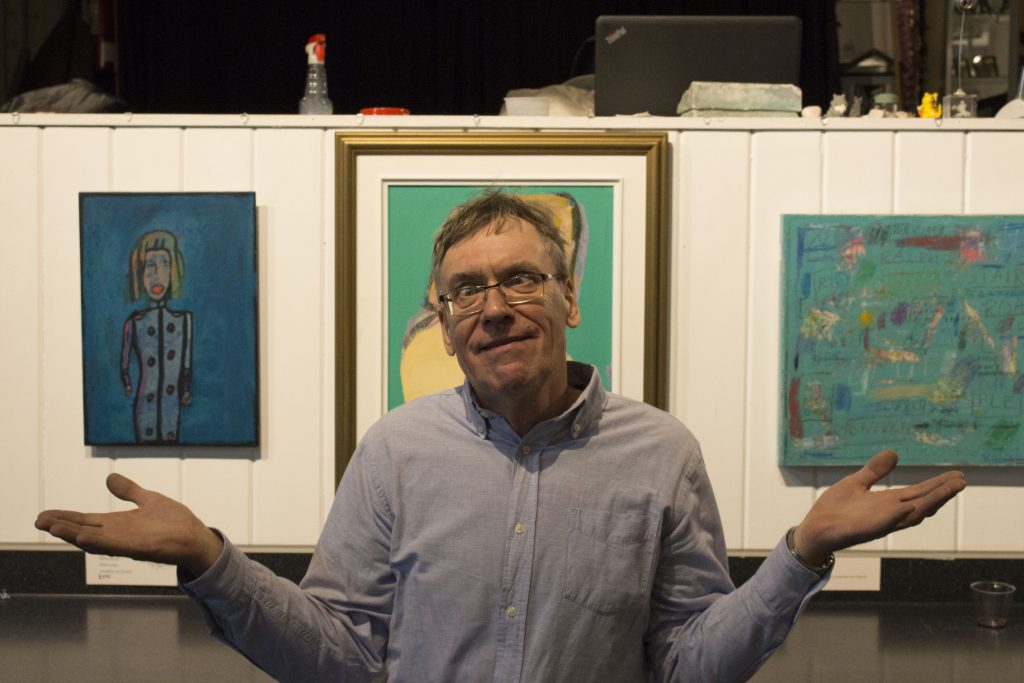 Mini Davis poses in front of some of his new works, currently on display at Warehouse Artworks. Over his left hand: Blue Coat. Over his right hand: Full Effect.

It’s Saturday night in the Exchange District and something’s going on at Warehouse Artworks. A passerby comes in off the street and asks a gallery employee who the featured artist is. Shane (Mini) Davis, the artist, is standing an arms-length away, making sure his guests’ wine glasses stay full while discussing a series of pastel pieces he’s displaying.

He says that some of his work took less than six hours to make, which seems to baffle some, but Davis, 60, has spent most of his life honing the skills that make his creativity possible today.

“My father, who was a sign writer, had a sign shop in my basement. So, I had an array of paint,” said Davis. “I spent a lot of time using his space, and being creative.”

Davis was painting his toys by age nine and would custom build and paint bicycles in his father’s shop as he got older.

He enrolled at the University of Manitoba in 1980 and graduated in 1983 with a degree in fine arts.

“It was really worth my while going to university,” said Davis. “It just elevated me to a better level and discipline, and exposed me to challenges that I would’ve normally not presented to myself.”

After university, Davis became more serious about selling and presenting himself as an artist. His work has appeared in 37 exhibitions over the last 35 years.

Davis worked with a variety of mediums and processes to create the pieces featured in his recent exhibition at Warehouse Artworks.

The largest work in the collection, a mixed media on canvas piece called Refuse, features original drawings by Davis, pieces of text and several enlargements of the iconic Gap logo.

“I work with collage quite a bit actually,” said Davis. “I like the idea, it’s almost like a quilt and it allows me to use text.” 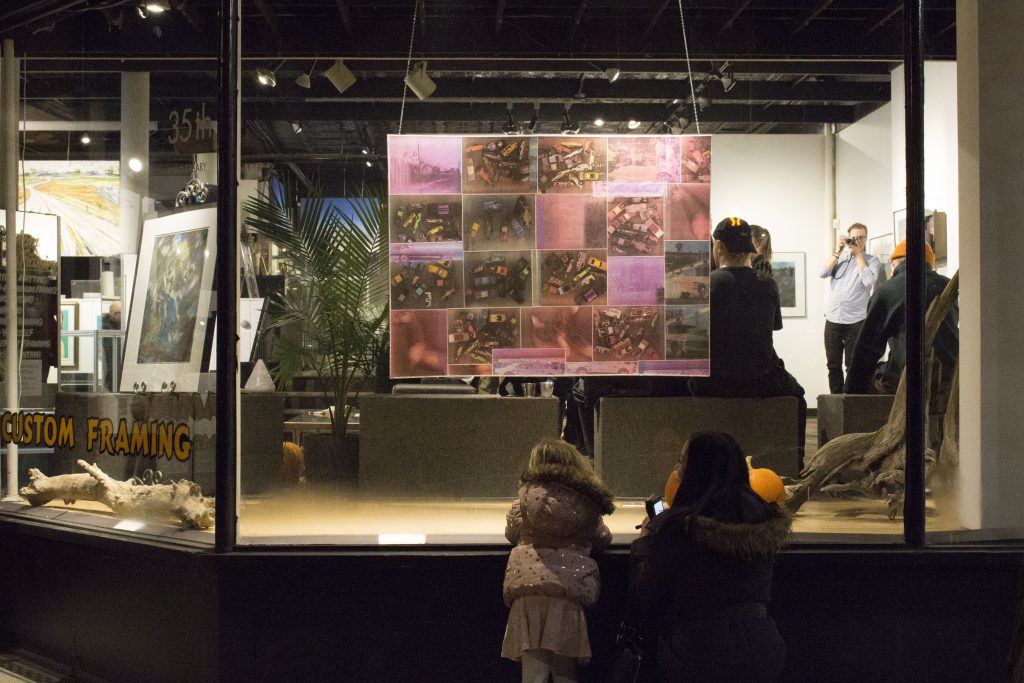 “I like the pink, it’s very beautiful,” said Evelyn Ealing-Bessette, 4, looking through the window of Warehouse Artworks at original work by Mini Davis. / WILLIAM RHODA

One small piece in the show, called Full Effect, was created using acrylic paint and wax oil crayons on hardboard. The piece is a new work, but looks ancient. The work has the appearance of an old piece of plank, painted teal, with juvenile handwriting scrawled all across it.

Davis describes the process involved in achieving that aged look: five or six layers of paint and the strategic use of coarse sandpaper. He says the work of the late Jean-Michel Basquiat inspired his use of childish print on the piece.

“If it does look somewhat adolescent, it’s not. For me to get to that level, it’s taken years,” said Davis.

Davis’ exhibition at Warehouse Artworks ran from Nov. 17 to Dec. 1.