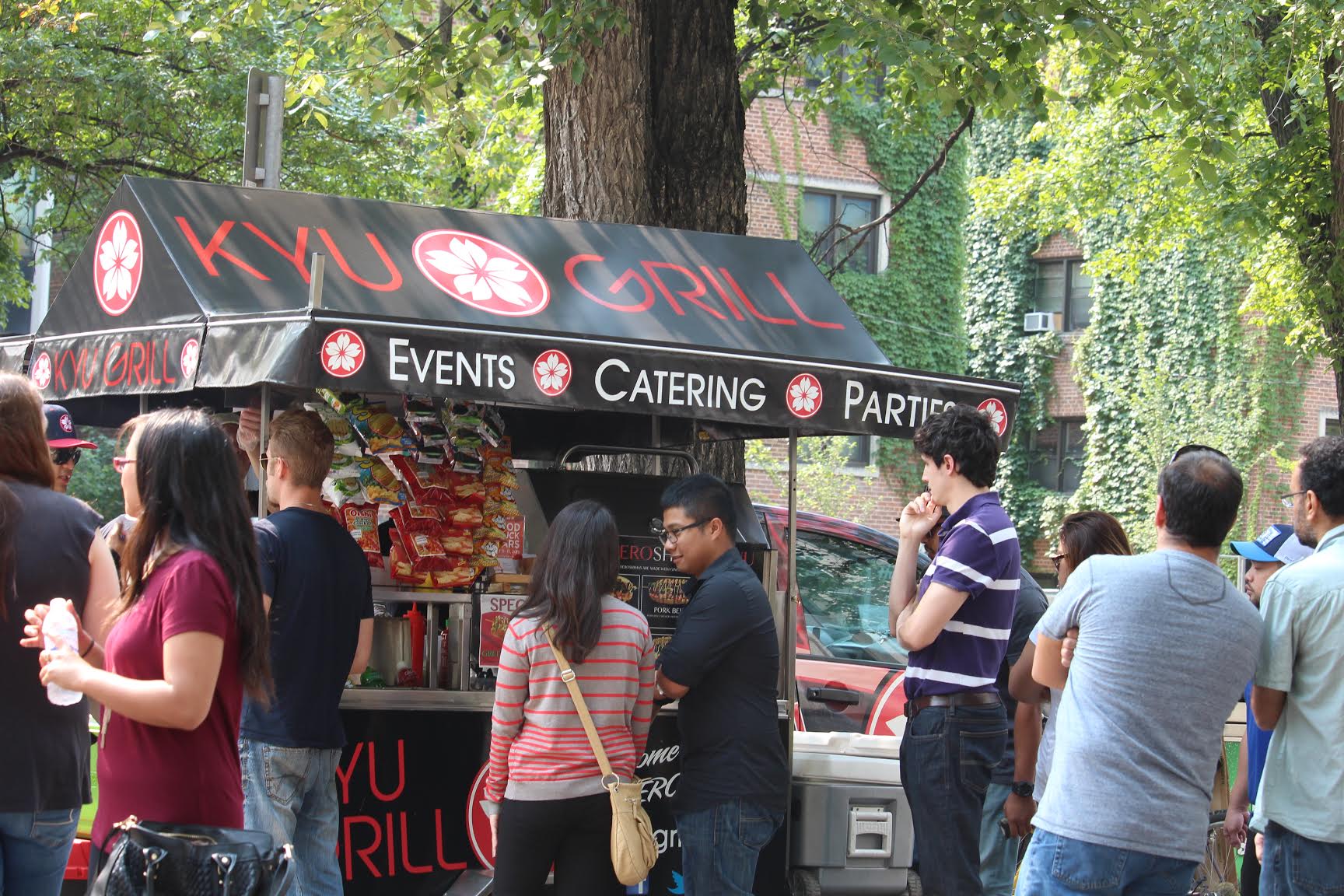 Fifth year for ManyFest on Broadway 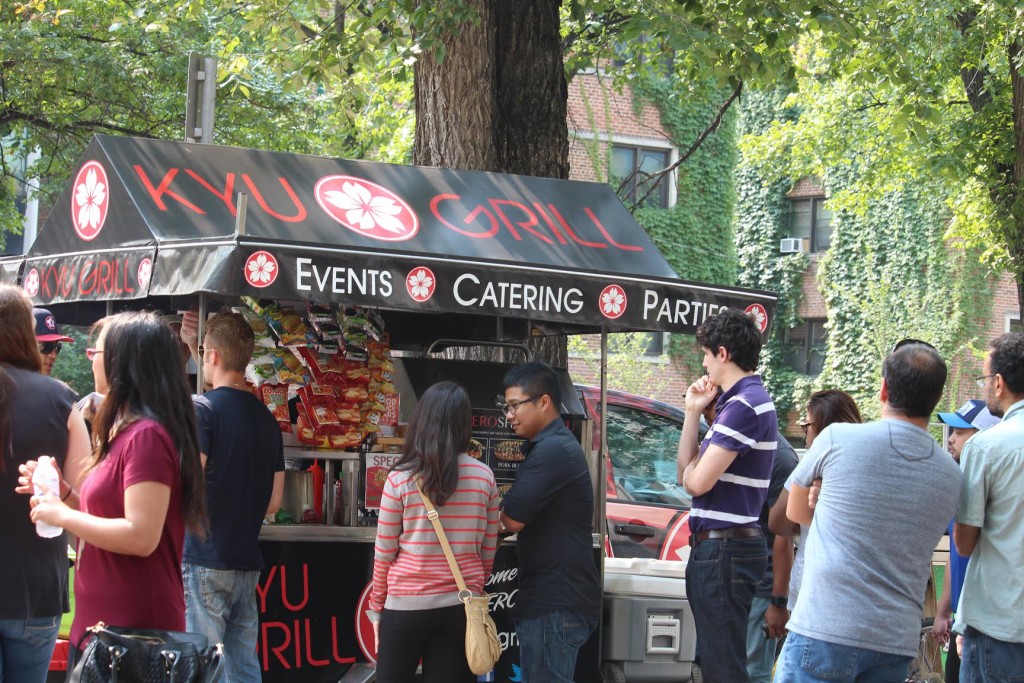 Queuing up—Kyu Grill is one of more than 20 food vendors of ManyFest 2015. THE PROJECTOR/Rachel Carlson

It’s been half a decade, but ManyFest still spices it up for Winnipeggers on Broadway.

“As the fest continues to expand its programming every year, we see more and more people returning and many more checking it out for the first time,” said Stefano Grande, Executive Director of the Downtown Winnipeg BIZ, in a news release.

“This is what downtown is all about – celebrating and coming together to appreciate the neighbourhood and our neighbours.”

ManyFest will run from Sept. 11 to 13 this year. For its fifth year, the festival is expected to attract more than 60, 000 visitors to Winnipeg’s downtown, according to their website.

Here’s hoping it’s hot for people trying out the new SkyLounge, a VIP area at the Wine & Beer Garden sponsored by SkyCity Centre. Folks can enjoy a cold beer or a glass of wine in support of KidSport Winnipeg while getting a sneak peek at the SkyCity Centre downtown luxury condo plans. While there, people who want the party to continue can pick up a ManyFest Afterhours wristband for Saturday night’s pub crawl that tours places like Fools & Horses and The Merchant Kitchen.

Festival-goers can experience performances from local musicians like Don Amero, Attica Riots and Indicator Indicator. A new partnership with Manito Ahbee will lead people to indigenous performances on the Kennedy stage and hoop dancers and drummers will perform Saturday night during Lights on Broadway.

Lighting up the night also means getting dressed up for the Electric Donkey Run on Sept. 12. The 5-kilometre route from The Forks to ManyFest has runners dancing, walking or running in glow-in-the-dark gear to electronic music.

Oh, and stay for the official after party. Get Out There magazine’s Readers’ Choice Awards named it the event Best Post Race Party in Western Canada in 2014.

Getting to the festival will be easier this year with Ciclovia’s car-free route. It stretches from The Forks to Assiniboine Park, extends into a number of Winnipeg neighbourhoods and saves you time from looking for a parking spot.

More time to chow down.

The Food Truck Wars tradition will continue with 27 of those mobile kitchens. While the competition is intense, it’s all about fun, according to Quin Ferguson, co-owner of The Red Ember and defending champion of last year’s People’s Choice award.

“It was fun having all the trucks together and meeting the other truck-owners,” said Ferguson. “It’s all in good fun. I mean, we all want to win the awards, but it’s not too competitive.” 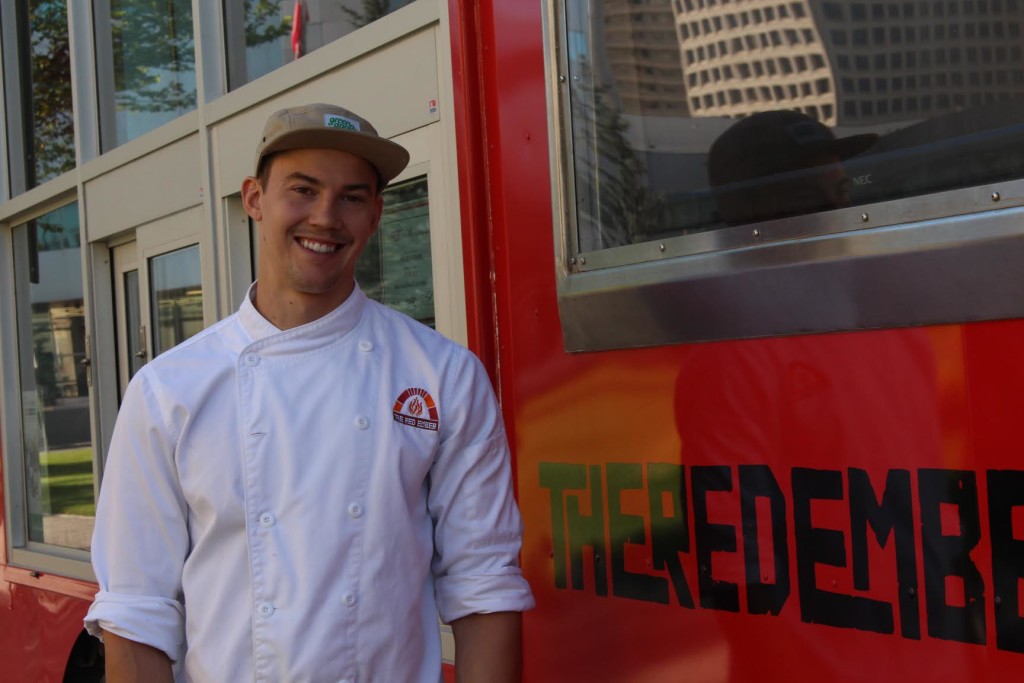 Quin Ferguson, co-owner of The Red Ember, has his Food Truck Wars game-face on. The Projector/Rachel Carlson