Black History Month is about melanin, slavery, and breakthrough.

It has everything to do with how white masters used the chains they reluctantly loosened off Black slaves to bind up their own minds. How? Through systemic inequality, the thorn in the Black person’s flesh that reminds them that they have to work twice as hard to get their voices heard.

Being Black has been so costly, visionaries like Martin Luther King Jr. were killed in order for their many dreams to come true years after their death.

But over time, young Black voices learn it is triumph that makes trials less of a bitter experience, as breakthrough is spelt out through historical events like the election of Barack Obama and Kamala Harris as president and vice president in 2008 and 2020 respectively.

What makes this so significant, Manitoban MLA Uzoma Asagwara says, is the huge platform of American politics, which must be leveraged to send a message of possibility to minorities.

As the first person of colour in a provincial leadership position in Manitoba, Asagwara has experienced discrimination based on their race for their entire life. This drove them towards politics. Like many Black children, they did not see themselves represented in the books they read at school.

“When I grew old enough to join leadership councils, I would notice in those spaces where decisions were made that I was the only Black person in the room,” they said.

Such challenges did not discourage Asagwara, because their Nigerian parents explained them before-hand. Instead, like other Black leaders, they began to see the opportunity to serve politically as a means to an equitable society.

While Asagwara’s goal is to be a figure the marginalized younger generation can relate with, they are optimistic about more representation of minorities following Harris’s inauguration as vice president of the United States.

Kamala Harris represents a new narrative not just for Black people and other minorities, but also for women whose voices have been systemically undervalued.

Shortly after the inauguration ceremony, Winnipeg-based mental health first aider Christian Okwudiwa tweeted of his aspiration to be second gentleman.

Okwudiwa says he wants  to inspire other men to support the women around them who aspire to occupy leadership roles.

“I am not intimidated by a woman’s success and I want to see an equitable society,” says Okwudiwa.

“It all comes down to knowing your worth and what you want as a man.” 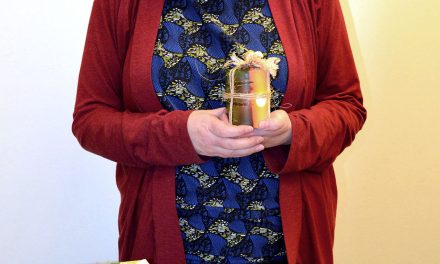