I hate the idea of keeping shops and storefronts closed and unused in neighbourhoods that are popular to locals and tourists.

Although some people have mourned the loss of these stores in the Village, I think our city is better off without them and could use a real update to better reflect Winnipeg’s changing fashion scene.

Businesses who offer grants to retail- ers, like CentreVenture Development Corporation, have provided storefronts to some fashion designers and devel- opers, which has also levelled up their exposure. Local stores like Lennard Tay- lor and Modern Supply Co. have found permanent homes downtown and in the Exchange District, while Friday Knights, a temporary pop-up shop, has set up on Graham Avenue for the holiday season.

But the Exchange District has also had some designers, clothing stores, and fashion collectives set up shop in empty spaces far from the public eye in studio buildings that are hidden in a maze and difficult to find.

Not all designers and fashion collec-

tives that have popped their way into the Winnipeg fashion scene are good. This may be a matter of my personal taste in clothes, but I’ve felt uneasy about certain shops opening that try
to appropriate cultural style, or re-sell labels at jacked up prices. The last thing I want is for Winnipeg fashion to be represented as hoodies with guillotines and cheap floral prints.

What I am excited for, and look for- ward to seeing, are designers such as Sarah Clark, Kevin Tipan (Harriet Quali- ty Made), and Jill Sawatsky (Tonychest- nut) move into clean, open, street level spaces that will amplify their exposure and undoubtedly put Winnipeg on the map as a fashion savvy city.

I’m also amped to discover what will be new and inspiring to come out of Winnipeg’s fashion scene. Our city has been listed as a must visit destination

by National Geographic and Vogue in the past year. It would be worth having visitors and Winnipeggers take home some innovative pieces of local fashion and design and to add another creative notch to the belt. 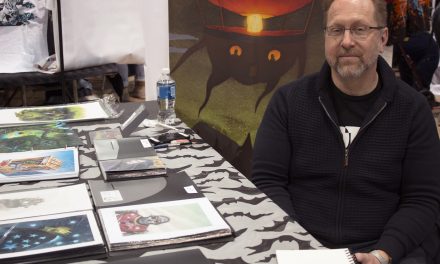