No more tales to WAG

If you’re like me, living in a generation with easy public complaint access (via any social media), you have either spewed out your rampant thoughts or watched someone else post regrettable messages.

It is easy to laugh off and cringe at the less serious ramblings of a “disillusioned ex” or wacky family member. But when you accidently get caught between the public humiliations of two powerful “forces,” laughing and cringing are replaced with every emoji that signifies stress and facepalms.

I admit that I’ve waited to write this since public humiliation in hindsight is easier for everyone involved.

On Sept. 29, the Winnipeg Free Press released an analysis opinion piece by Nan Litchfield Hutchison about the Winnipeg Art Gallery (WAG) titled “WAG turning its back on art programing.”

It caused some serious reactions throughout the arts community and their allies. I even tweeted it out with a message conveying my disappointment in the WAG.

The opinion piece had been littered in factual errors and extreme (but convincing) arguments about the WAG’s “dismantling” of its public art programming and their efforts to “hide” this fact.

Hutchison is a retired art instructor (20 years) of the WAG’s art programming, and she felt inspired to call out both the gallery and its director, Stephen Borys, for the changes being made, classes becoming halted, and new projects taking precedence.

Not all complaints made by Hutchison are far reaching, and they point out some obvious flaws in the WAG’s upper management.

The board of directors showcases the best of Winnipeg’s business elite with the representation of one Indigenous member, who is Inuit. This is during a time of change, with the building of the Inuit Art Centre at the WAG and recon- ciliation nationwide. It’s easy to wonder why faces of corporate businesses are representing the WAG.

Two days later, the WAG’s board of director’s chair Ernest Cholakis politely — and without naming names — wrote a rebuttal article in the Winnipeg Free Press clarifying the changes being made to the WAG’s programming.

“Change isn’t always easy or welcome, but at the WAG we know this change is for the better as we endeavour to serve the greater community — and the whole community,” Cholakis writes in “WAG evolving to better serve Winnipeg.”

Although the WAG took care of any public, long-term damage from Hutchison’s article by releasing a well-timed, well-written article of their own, I still feel uneasy about how the WAG’s changes could be addressed after a moment of humiliation. 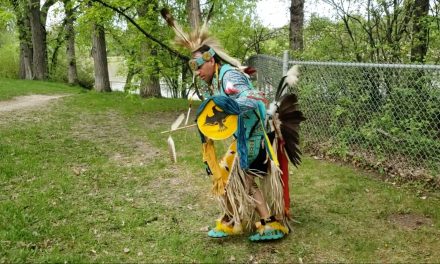