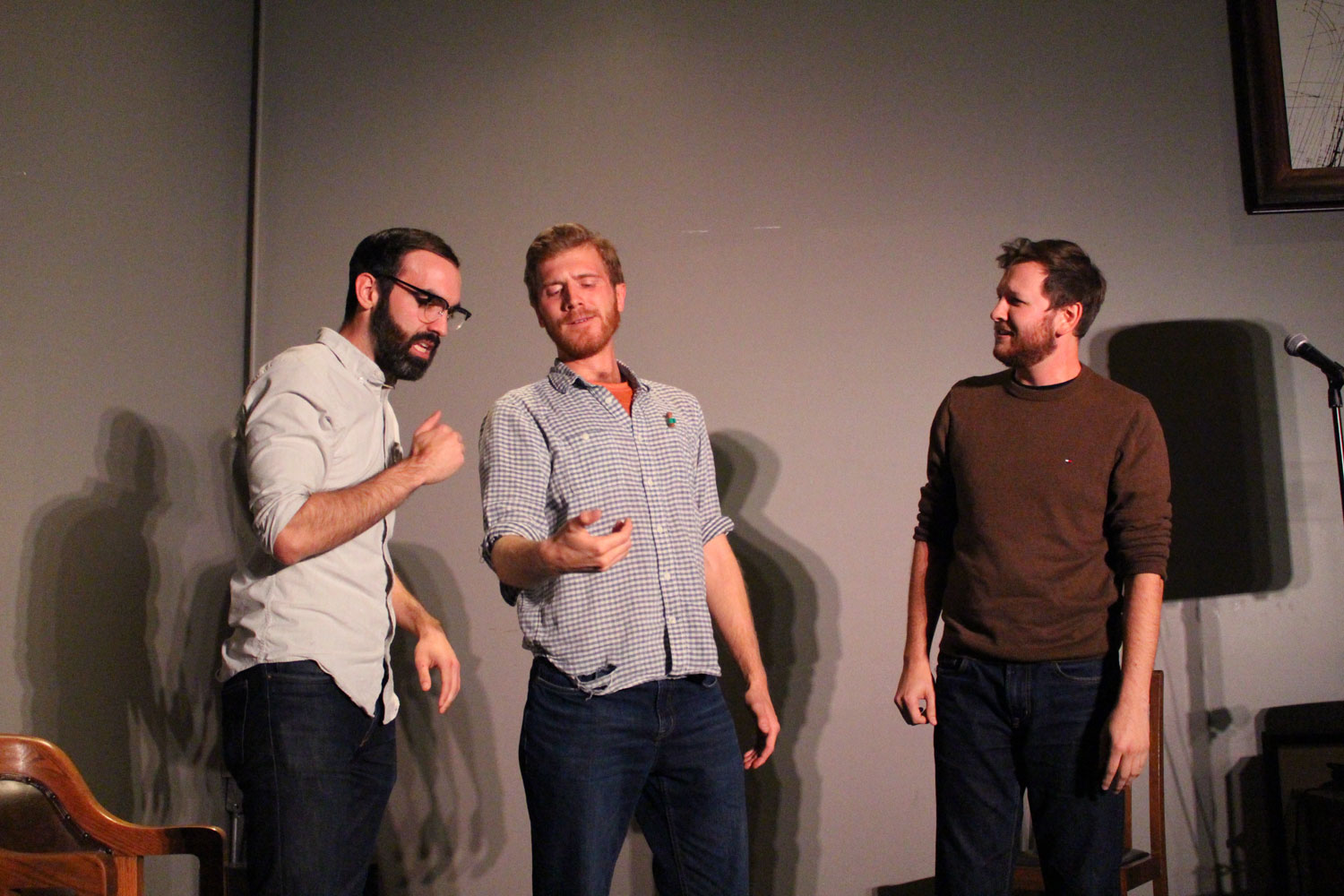 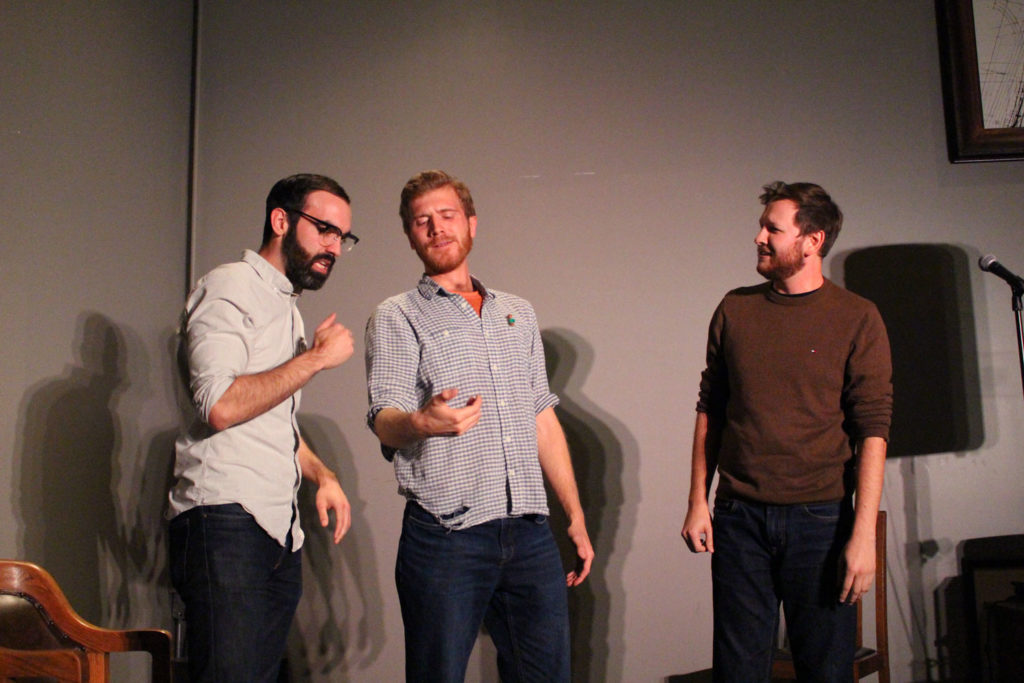 The men of Parking Lots in an improvised scene about the horrors of expiring cell phone contracts. THE PROJECTOR/ Daniela Whelan 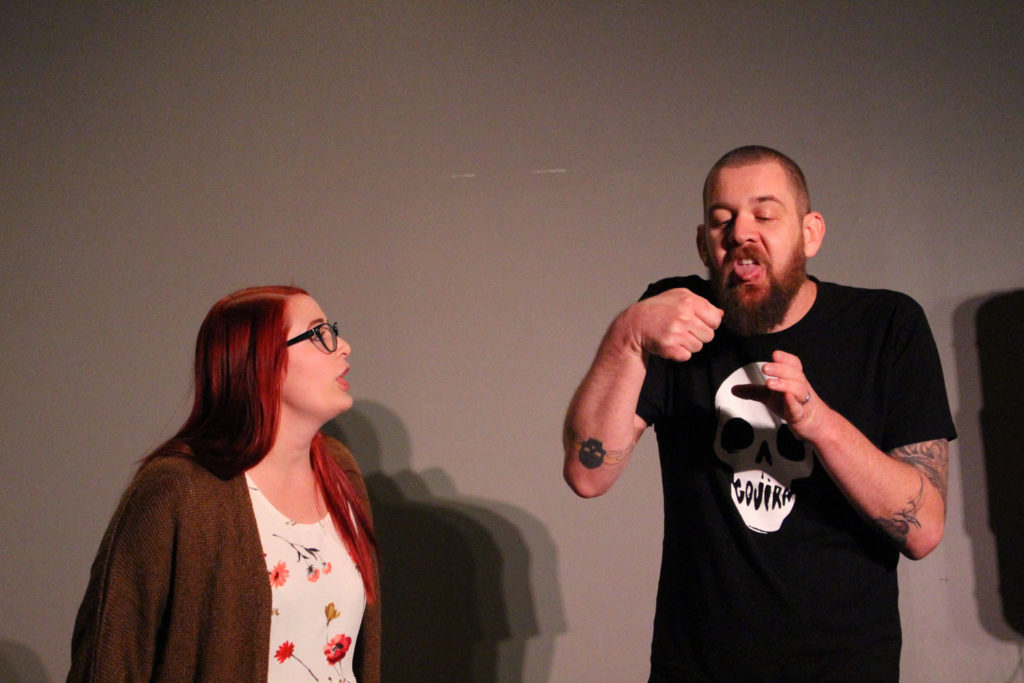 Many Winnipeggers experienced improv for the first time at the 17th annual Winnipeg IF… Improv Festival.

On Oct. 11, The Winnipeg Improv Festival kicked off at the Albert Street Cocktail Company with a free Improv Fest Sampler Show.

The Sampler Show also featured improv comedians Mikaela and Graham Myers from Port Coquitlam, The Doodle Bop Girls from Edmonton, and Mark Little and Andrew Bush, who are part of the Halifax sketch comedy troupe Picnicface.

“It’s [Winnipeg Improv Festival] one of the best places to start because you see all sorts of different scenes from different cities, and different types of comedy. It’s like a buffet that way,” said comedian Lauren Cochrane, one half of the local comedy duo Bucko. 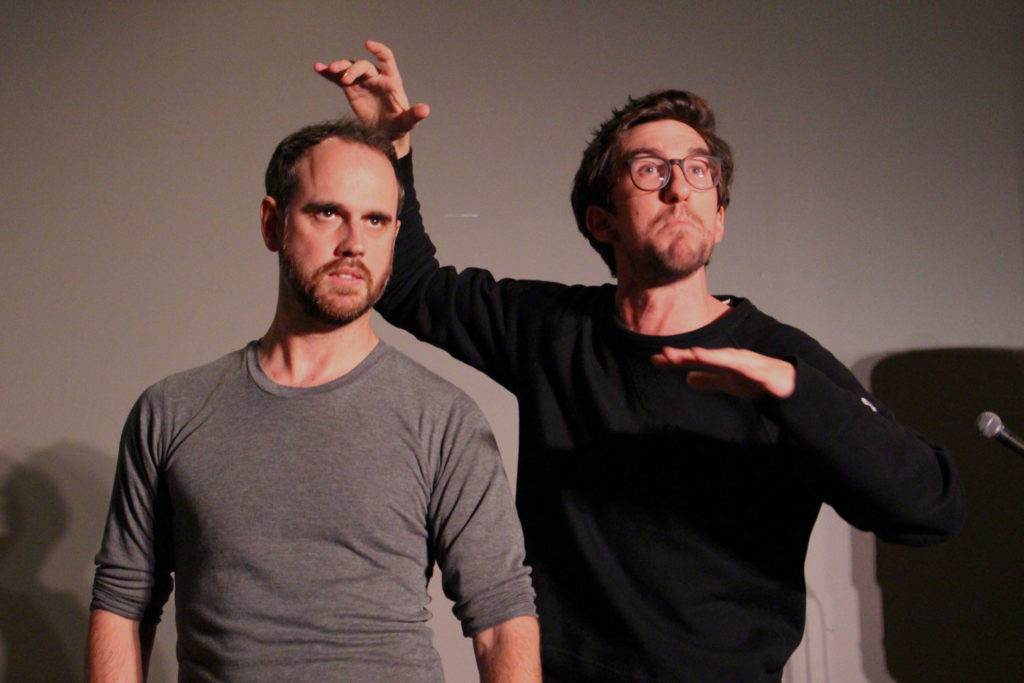 Andrew Bush (left) having a character created for him by Mark Little (right). The character, a man with wings all over his body, whose ankles are attached to his shoulders. THE PROJECTOR/ Daniela Whelan

Cochrane said that each city has its own comedy scene. By having festivals like this one, she believes people get a better understanding of the genre and are able to find what they like.

“I’ve been to stand-up shows, but I’ve never seen improv. I think this is a great way to discover it,” said Jennifer Peters, who attended the Sampler Show.

Her and her partner will be attending another improv show—the Saturday night showcase—after winning tickets at the Sampler Show.

Hosts Stephen Sim and Caitlin Curtis joked that stand-up and sketch comedy were added to the festival because improv can’t stand on its own. This idea rings true for some who attended the festival.

“I find that improv is usually pretty inaccessible to most people. They make inside jokes that the improv community understands, but not other people,” said Sophia Perron, 21. “It’s nice that they added some stand-up and sketch comedy, it kind of made the improv easier to enjoy and take part in.”

Much like Peters and Cochrane, Perron believes that the festival is a great way to dip a toe into the improv pool. 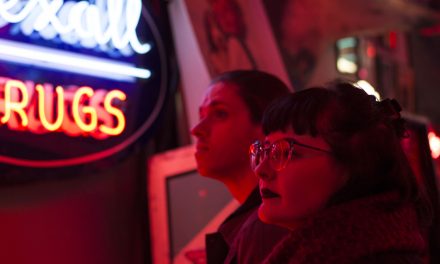 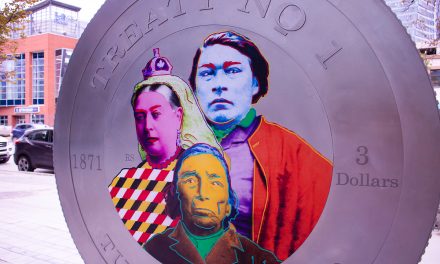 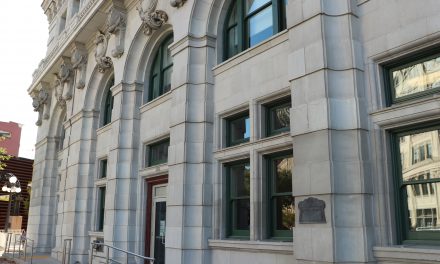